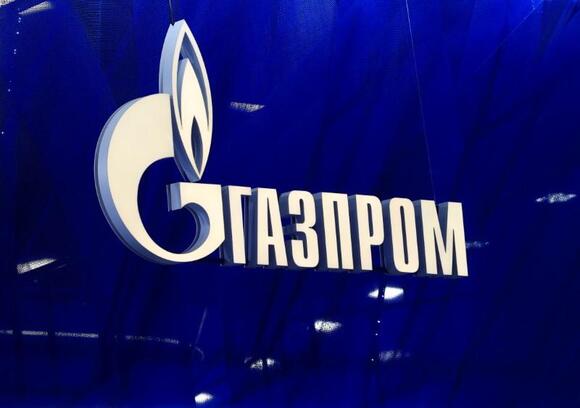 Gazprom controls the flow of gas through its pipelines into Ukraine from central Asia.

It has blocked these flows for 15 years and if it does not approve them, the head of Ukraine's state gas company Naftogaz Ukraine said he is ready to appeal to the European Union's competition authorities and take the Russian energy giant to international arbitration, according to the newspaper on.ft.com/3vlDpRc.

BRUSSELS, July 22 (Xinhua) -- The European Commission said Thursday that the Russia-Germany natural gas pipeline Nord Stream 2 is "not of common EU interest," but it is planning to discuss the agreement between the United States and Germany among EU member states. Tim McPhie, the European Commission spokesperson for...

KYIV (Reuters) - Ukraine has many questions on how a deal between the United States and Germany can mitigate the security threat posed by the Nord Stream 2 pipeline, Foreign Minister Dmytro Kuleba told reporters on Thursday. Washington and Berlin unveiled an agreement on Wednesday to map out the consequences...

BRUSSELS, July 22 (Reuters) - The European Union reiterated on Thursday that the Nord Stream 2 natural gas pipeline between Russia and Germany was “not of common EU interest” but will discuss a deal between the United States and Germany agreed this week. “We will discuss this with EU states...

KYIV (Reuters) - Ukraine has started official consultations with the European Union and Germany about Nord Stream 2, Foreign Minister Dmytro Kuleba said on Wednesday, ratcheting up Kyiv's opposition to the pipeline which it says is a threat to Europe's security. Kuleba said official notes to Brussels and Berlin had...

President Joe Biden and Chancellor Angela Merkel made clear that they will not allow Russia to use the Nord Stream 2 pipeline as a weapon against Ukraine. Nord Stream 2, an $11 billion pipeline that will run directly to Germany from Russia, has long been a source of tension between Washington and Berlin.

The European Commission has started legal action against Hungary after the country passed a law that bans sharing content in schools that seemingly endorses gay and transgender issues, the commission announced Thursday. “Equality and the respect for dignity and human rights are core values of the E.U.,” Ursula von der...

The European Commission on Thursday announced it will take legal action against Hungary and Poland for recently enacted anti-LGBT policies. The Commission said in a statement that it is launching infringement procedures over actions in Hungary targeting children’s exposure to LGBT content, as well as “LGBT-ideology free zones” adopted by Polish municipalities.

BRUSSELS – Germany on Thursday lost its fight in Europe’s top court against a ruling limiting Gazprom’s GAZP.MM access to the OPAL pipeline that links the Russian gas producer’s Nord Stream pipeline to the country. The case is part of a long-running dispute over the transportation of Russian gas to...

LONDON, July 14 (Reuters) - Shipping is to be included in Europe’s emissions trading system (ETS) and costs for all polluters are likely to rise under European Commission plans to meet the EU’s climate targets, documents published on Wednesday showed. Carbon markets will also be set up for emissions from...

LONDON (Reuters) – A group of airports and airlines launched legal action against the British government over its travel curbs on Friday, challenging ministers to be more transparent over decisions on rating COVID-19 risks in destination countries. The litigation, led by Manchester Airports Group, with backing from Ryanair, easyJet, British...

LONDON (ICIS)--Russia’s long-term natural gas pipeline supply contracts with European customers are set to fall below 140 billion cubic metres (bcm) by 2030, down from 206bcm this year, according to ICIS data. Russian producer Gazprom said it has received requests for additional volumes that it plans to satisfy after the...

BEIJING, July 23 (Reuters) - China launched an anti-dumping investigation on grain oriented flat-rolled electrical steel imported from Japan, South Korea and the European Union on July 23, the Ministry of Commerce said on Friday. The probe follows the expiry of anti-dumping tariffs in place for five years since July...

The South Korean government announced today that crypto exchanges will face punishment if they have not voluntarily registered with the country’s authorities by September 24. This new set of regulations will reportedly affect both exchanges based in South Korea and foreign exchanges that operate in Korean markets. According to the...

BRUSSELS, July 21 (Reuters) - The European Commission will seek “creative solutions” to difficulties in trade between Britain and Northern Ireland caused by Brexit, but will not renegotiate the Brexit deal on Northern Ireland, Commission Vice President Maros Sefcovic said. Britain on Wednesday demanded a new deal from the European...

HANOI (Reuters) – The United States has “deep concerns” about the military coup in Myanmar and called on Southeast Asian nations to take action to end violence and restore democracy in the country, Secretary of State Antony Blinken said on Wednesday. The Association of Southeast Nations (ASEAN) has been leading...

The European Commission has granted unconditional European Union antitrust approval to the proposals of IHS Markit (NYSE: INFO) and CME Group (NASDAQ: CME) to form a joint venture combining their post-trade services. In its public confirmation on Thursday, the European regulator specified that it does not have any competition concerns...