By Jarrett Hoffman
Posted by
Sportsnaut
9 days ago 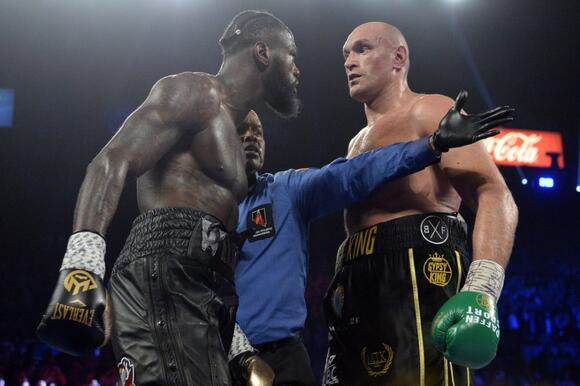 After an arbitrary decision ordering that ordered the third installment of Tyson Fury vs. Deontay Wilder, the date has been finalized for July 24 at the T-Mobile Arena in Las Vegas, Nevada.

The events leading up to this bout being signed are turbulent to say the least. Prior to their first fight in December 2018, Deontay Wilder was riding high as WBC Heavyweight champion coming off his seventh successful title defense against Luis Ortiz.

Meanwhile, Tyson Fury was returning to the sport of boxing after a three-year absence due to mental health and substance issues. This was his first world title bout since November 2015 when he beat Wladimir Klitschko dethroning his nine-year reign as unified heavyweight champion.

Their first bout would end in a split decision draw despite many believing Tyson Fury deserved to be awarded a decision victory.

After two more successful title defenses, Wilder granted Fury a rematch that went down in February 2020. In that bout, Fury shocked the world giving Wilder a clinical beating that forced the former’s corner to throw in the towel. 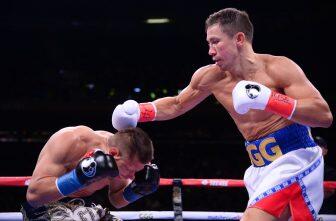 As a result of his corner’s actions, Wilder fired his head trainer and former welterweight champion Mark Breland. A rematch was contracted to take place, however, Tyson Fury and his team believed the rematch clause had expired and announced he would move on from the fight. On the other hand, Deontay Wilder and his team thought otherwise leading them to taking legal action with a decision to be made by an arbitration judge.

In the midst of the mediation process, Tyson Fury began negotiations with unified IBF, WBA, WBO and IBO heavyweight champion Anthony Joshua for a fight to crown an undisputed heavyweight champion . The fight would be signed on May 17 with Tyson Fury himself announcing that the bout was official set to take place August 14 in Saudi Arabia.

However, hours later, it was announced that an arbitration judge ruled in favor of Deontay Wilder saying he was obligated for a third fight against Tyson Fury.

The winner of this fight will almost certainly be in line for a unification bout against Anthony Joshua. However, Joshua himself is reportedly set to step back in the ring some time this year also in a clash against mandatory challenger Oleksandr Usyk.

Deontay Wilder has added Malik Scott, who he once knocked out, as his new trainer for his "genius". Wilder will seek revenge against Tyson Fury in their trilogy fight for the WBC heavyweight championship on July 24 in Las Vegas and has made significant changes to his team. Mark Breland,...

1/2 of the most bizarre sports moment of the day is giving his side of the whole ordeal … with Tyson Fury telling TMZ Sports Deontay Wilder was straight-up SHOOK during their 6-minute long faceoff on Tuesday. The 2 boxing superstars just had their press conference in Los Angeles ahead...

The press conference for the official announcement of the third fight between Tyson Fury and Deontay Wilder was strange in ways unexpected from both men. Wilder opened the event with a brief — and rhyming — statement, never taking off his headphones before sitting in his seat on the stage. After a shirtless Fury delivered his own statement about the fight — which takes place July 24 at Las Vegas’ T-Mobil Arena — a brief question and answer session began.

By Charles Brun: Deontay Wilder will be taking advantage of his new coach “genius” Malik Scott’s game plan to send Tyson Fury crashing down in his first career defeat next month on July 24th in Las Vegas, Nevada. Malik has been working with former WBC heavyweight champion Wilder (42-1-1, 41...

Fury vs. Wilder III: Best of their kickoff press conference before July 24 trilogy | PBC ON FOX

Tyson Fury and Deontay Wilder faced the media in their only press conference ahead of their July 24 heavyweight bout, the third in their rivalry. Wilder gave the silent treatment while Fury had PLENTY to say. #PBConFOX #PBC #TysonFury #DeontayWilder #WilderFury3. SUBSCRIBE for more from PBC ON FOX: http://foxs.pt/SubscribePBCONFOX. The...

FightHype.com was on the scene at Camp Cunningham Gym in West Palm Beach, Florida where jr. middleweight contender Erickson Lubin was putting in work for his upcoming June 26 return to the ring when he takes on former champion Jeison Rosario on the Gervonta Davis vs. Mario Barrios card. You don't want to miss what he and several other fighters at the gym had to say about several topics. Check it out!

The third installment between Deontay Wilder and Tyson Fury has officially been transformed into a night of heavyweight boxing. With both Premier Boxing Champions (PBC) and Top Rank hosting the card, they have decided to put their talent in the ring against one another. According to their contractual agreement, both sides have the right to put one fight on the undercard as well as a joint bout. For Top Rank, they have decided to showcase the talent of rising heavyweight prospect Jared Anderson (9-0, 9 KOs). The undefeated Toledo, Ohio native will open the pay-per-view card against an opponent yet to be named.

By Matt Lieberman: Andre Dirrell says he’s the one that told Deontay Wilder’s ex-trainer Mark Breland to throw in the towel in the seventh round in his last fight against Tyson Fury in February 2020. Dirrell says he saw blood coming from one of Wilder’s ears, and his legs looked...

BETTING OFFERS - CLAIM OVER £2000 IN FREE BETS. The Gypsy King and Wilder will come face-to-face for the first time since that bout ahead of their next showdown in Vegas. Anthony Joshua looked set to face Fury next, but the American won his case in arbitration setting up this new showdown.

DEONTAY WILDER has vowed to knock out Anthony Joshua in 'devastating fashion' after his trilogy fight with Tyson Fury. But the American fears AJ is already 'making up excuses' to avoid him, with mandatory title defences potentially holding up AJ. Asked if Joshua is the fight he wants if he...

Anthony Joshua has been hailed as the best heavyweight athlete of the last two decades, ahead of boxing rivals Tyson Fury and Deontay Wilder. That is according to Tony Bellew, who labelled the 31-year-old Brit superstar an "unbelievable specimen" who is on "another level to everybody else." Joshua is in...

I Am From Edo State, Nigeria – Deontay Wilder [Video]

Former World Boxing Champion, Deontay Wilder, has claimed that he traced his roots to Edo State, Nigeria. In a viral video on Saturday, Wilder expressed readiness to go back home to learn about his culture. “I want to go back and learn more about my culture and information with things...

Jermell Charlo on Deontay Wilder: “I’ll smoke his bi-ch a*s..”. All about your black community after u just said you'd smoke another black man lol. n*gga, shut up. Jermell can't get right bruh overall I think he meant well outside of the Wilder comments I appreciate him trying to apologize about those dumbass statements he made a couple weeks ago.

Wilder Confident That He Would Beat Joshua "In a Devastating Fashion"

Heavyweight contender Deontay Wilder has accused IBF, IBO, WBA, WBO champion Anthony Joshua of 'making up excuses' to delay a potential fight between them. Wilder will attempt to recapture the WBC world title when he faces Tyson Fury in a trilogy fight on July 24th at T-Mobile Arena in Las Vegas.

LOS ANGELES — Tyson Fury and Deontay Wilder will meet for a third time on July 24 but ahead of that matchup, the heavyweights engaged in an incredibly long staredown following a press conference held in Los Angeles. The entire situation was somewhat bizarre after Wilder made an opening statement...

Deontay Wilder Says He Is Nigerian

He says he is from the Edo Tribe Who built the Benin Kingdom ! A renowned warrior tribe who dominated most of West Africa before the British punitive expedition put and end to their expansion.

DEONTAY WILDER insisted Tyson Fury has 'a lot to worry about' in their trilogy fight - and denied being knocked out by his rival. The heavyweights drew in 2018 but Fury emerged a decisive winner two years later with a seventh-round stoppage. It leaves the odds stacked against Wilder in...

Fury: Wilder is Dangerous, Would Knock Out Joshua in First Round

WBC heavyweight champion Tyson Fury is not even thinking about Anthony Joshua at the moment. Fury and Joshua were close to finalizing a deal for a high stakes unification, with the contest pegged to take place on August 14 in Saudi Arabia. But then last month an arbitrator ordered Fury...