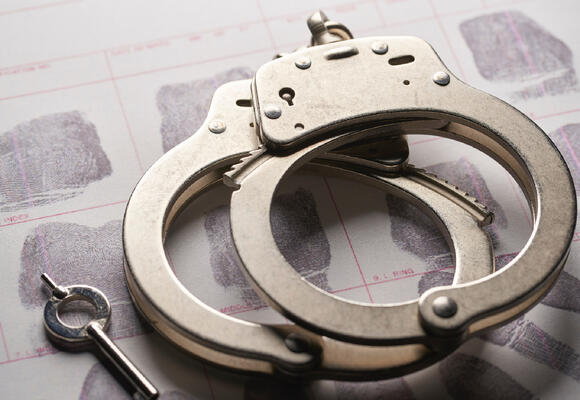 (OAKLAND COUNTY, Mich.) After allegedly punching an Oakland County sheriff's deputy in the face and breaking his orbital bone, a woman from Pontiac, Michigan, has been charged with assault, The Detroit News reports.

In the 50th District Court in Pontiac on Tuesday, 32-year-old Andrea Ariel-Jones Sheppard was arraigned on a count of assaulting a police officer causing injury, which is a four-year felony.

A judge set a personal bond for Sheppard at $1,000 and she was released, much to the dismay of Oakland County Sheriff Michael Bouchard, according to Fox 2 Detroit.

"I am angry at how regularly people assault police officers today and how little attention or care they have in Washington for this," Bouchard said. "In 2019, the FBI reported more than 56,000 police officers were assaulted."

According to the Oakland County Sheriff's office, the alleged assault happened in Pontiac near East Pike Street and Woodward Avenue at around 7 a.m. Sunday.

Officials said the deputy, 58, and with 29 years of experience in law enforcement, was responding to a report of a woman walking in and out of the street, waving her arms and talking to herself. After locating the woman, he asked her if she needed help.

The woman, however, refused to identify herself and began to yell obscenities at the deputy.

As a second deputy arrived on the scene, Sheppard walked towards the first deputy and continued to be belligerent. As the first sheriff deputy began to exit his patrol vehicle, Sheppard hit him several times in the head and upper body.

After the stunned deputy managed to push Sheppard away from him, Sheppard began to advance again in an aggressive manner, the OCSO said.

In response to her aggressive charge, the second deputy deployed his electric stun gun and arrested Shepard without further incident.

According to officials, the injured deputy was taken to a hospital and discovered to have a broken orbital bone.

While the deputy is recovering from his injuries, the OCSO said he won't be able to return to work for several weeks.

Per Fox 2 Detroit, Sheppard is due back in court on June 17.

Vehicle containing 6 people, including at least 1 child, crashes near I-75 and Outer Road in Wayne County

(Michael Förtsch/Unsplash) (WAYNE COUNTY, Mich.) On Sunday evening in Melvindale, Michigan State Police say six people, including at least one child, are in area hospitals following a crash on the I-75 freeway near Outer Road.

(Christopher Furlong/Getty Images) (WAYNE COUNTY, Mich.) On Monday evening, one person was killed and three people were shot in a drive-by shooting at a basketball court in Hamtramck, Michigan, Fox 2 Detroit reports.

(Scott Rodgerson/Unsplash) (WAYNE COUNTY, Mich.) After a deadly shooting in Warren, Michigan, last Saturday, Warren police are looking for five "persons of interest" in the case and offering a $3,000 reward to the public for assistance in locating them.

After allegations of defrauding US government of almost $500K, Metro Detroit woman to stand trial

(Joe Raedle/Getty Images) (WAYNE COUNTY, Mich.) After allegedly defrauding both the U.S. Department of Veterans Affairs and the Michigan Department of Treasury out of almost $500,000, 60-year-old Sophia Quill will stand trial at the Wayne County Circuit Court.

(David von Diemar/Unsplash) (WAYNE COUNTY, Mich.) Early Wednesday morning, a 42-year-old male driving a 1973 Buick was killed after driving in the wrong direction on the I-94 highway in Van Buren Township, Michigan and crashing head-on into a 2021 Kia.

Michigan man kills two of his neighbors because they were too loud, was unable to sleep, according to affidavit

(Michael Förtsch/Unsplash) (KALAMAZOO COUNTY, Mich.) According to a court document, a man named William Wolfe is accused of shooting and killing two of his neighbors last Thursday over being too loud, Fox 2 Detroit reports.

(Win McNamee/Getty Images) (DETROIT) After 40 people were charged in a 172-page racketeering indictment in a Detroit federal court Thursday, four men are still at large in connection with the Vice Lords gang with ties to Detroit and Chicago, WXYZ Detroit reports.

(Andrea Ferrario/Unsplash) (DETROIT) Early Monday morning on Detroit's east side, a two-vehicle car crash killed one person and injured two others, Click On Detroit reports. Per the Detroit Police Department, at around 1:50 a.m. in the vicinity of Gratiot Avenue and E. McNichols Road, an unidentified man driving a black PT Cruiser crashed into a 27-year-old woman driving a black 2011 Jeep Cherokee. The Cherokee also had a 27-year-old man in the passenger seat.