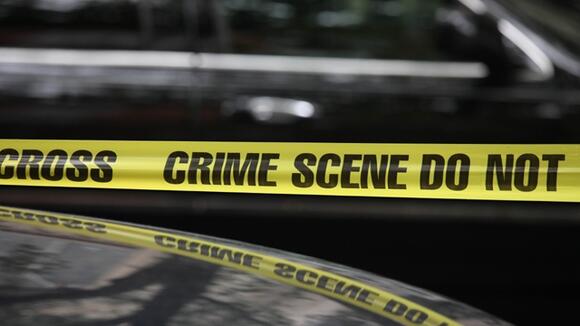 With a scarce number of people coming forward to provide law enforcement with vital information in recent shootings, Crimestoppers want to make sure the public knows they can remain anonymous.

The recent shooting at The Vault nightclub that left a Columbia man dead still has few witnesses volunteering any information to investigators.

The Boone County Sheriff's Office posted a statement Friday on Facebook saying that more than 100 people were inside the nightclub at the time Junous Kelly was shot and killed. The post was a call for witnesses to come forward.

John Fields, with Crimestoppers in Columbia, said he thinks the hesitation from the public is because people don't want to testify in court, but he said they won't have to.

"When you make a tip to Crimestoppers you can remain completely anonymous and it's not leading to a conviction, it's leading to the arrest of a subject," said Fields.

Crimestoppers does not ask people for their name, phone number, address, or any other personal information. Fields said the phones they use have no caller ID so once the tip is given, the operator will give that person a number to call back and check to see if their tip led to any arrests.

If someone does call back and their tip did help lead to an arrest, Crimestoppers will provide them with an additional phone number to call to get paid for the information that they gave with no questions asked. Fields said the payment will be in cash so that it can remain anonymous.

The police and sheriff's departments piece together the tips provided to Crimestoppers to help solve different crimes.

Fields said he has spoke to the mother of Kelly and she is pleading for people to bring forth information to get the case solved. He said many other cases also have family members looking for answers.

Anyone who has information is encouraged to call CrimeStoppers at 875-TIPS.

The post Crimestoppers wants to remind people they can remain anonymous and not have to testify in court after giving a tip appeared first on ABC17NEWS .

The Benton County Sheriff’s Office located a body after originally receiving a notification about a possible missing person in the area. The post Body found in Benton County ruled a homicide appeared first on ABC17NEWS.

FULTON, Mo. (KMIZ) Fulton Police arrested a man around 1:00 p.m. Saturday on St. Frances Street after a robbery incident. The police department responded to a robbery at Hockaday Park at 12:55 p.m. It was later determined that Brad Foutes, 32 of Fulton, walked onto the parking lot where a man was working on his The post Fulton man arrested Saturday after robbery incident appeared first on ABC17NEWS.

Pamela J. Cordrey, a store employee who was working at the time of the fire, was booked into the Callaway County Jail without bond on suspicion of first-degree arson, the Fulton Police Department said in a news release. Information about her case was not available in online court records Thursday morning. The post Fulton woman suspected of grocery store arson appeared first on ABC17NEWS.

BOONE COUNTY, Mo. (KMIZ) A Columbia man faces multiple charges after a vehicle chase on June 9 in Boone County and then on Thursday in Callaway County. According to the Boone County Sheriff's Department, a deputy attempted to stop Davy Rasa for failing to display proper registration in a vehicle. Rasa drove off and the The post Columbia man arrested after multiple chases in Boone and Callaway County appeared first on ABC17NEWS.

Firefighters were called to a duplex on Huntington Court at about 2:30 a.m. and found flames going through the roof of the building when they arrived, according to a Mexico Department of Public Safety news release. The post Deck fire damages Mexico duplex appeared first on ABC17NEWS.

A Columbia woman has been charged with manslaughter and leaving the scene of a fatal crash in the death of a woman who was killed on Paris Road in February 2020. The post Manslaughter charge filed in deadly Columbia hit-and-run crash appeared first on ABC17NEWS.

COLUMBIA, Mo. (KMIZ) A Jefferson City woman has been placed on two years of unsupervised probation in connection with a Columbia arson case from April. According to online court records, Alruekia Brown-Wells pleaded guilty to two counts of fourth-degree assault. Brown-Wells was arrested on felony charges of first-degree arson and endangering the welfare of a The post Jefferson City woman gets two-year unsupervised probation in Columbia arson case appeared first on ABC17NEWS.

MEXICO, Mo. (KMIZ) The Mexico Public Safety Department is investgiating a drive-by shooting of a vacant house on Wednesday evening. Officers responded at 9:25 p.m. to a report of gunshots on the 600 block of N. Craig. Officers report finding evidence of a white, four-door car had driven through the area and one of the The post Mexico Public Safety Department investigating a Wednesday drive-by shooting appeared first on ABC17NEWS.

COLUMBIA, Mo. (KMIZ) Fire crews are reminding people to be mindful of propane tanks during the extreme heat. Boone County Fire crews worked to cool off a propane tank in the 2900 block of Bonne Femme Road after it overheated. Crews were called to the area after people reported hearing a sound coming from the The post Boone County firefighters respond to propane tank venting due to high temps appeared first on ABC17NEWS.

COLUMBIA, Mo. (KMIZ) Two people were thrown off a Yamaha Boulevard motorcycle on Tuesday in Osage County, after it overturned in a crash. According to the Missouri State Highway Patrol crash report, the motorcycle was trying to pass another vehicle while traveling westbound on Mo 100 West of Two Socks Trail, when it had a The post Multiple people thrown off motorcycle in Osage County crash on Tuesday appeared first on ABC17NEWS.

JEFFERSON CITY, Mo. (KMIZ) A Jefferson City man was placed on two years of unsupervised probation Thursday for unlawful use of a weapon, a misdemeanor, after shooting the gun into the air to break up a fight in Jefferson City at a funeral of a friend. Pierre Starks was arrested in Dec. 2019 after a The post Man sentenced to probation after shooting at murder victim’s funeral in Cole County appeared first on ABC17NEWS.

COLUMBIA, Mo. (KMIZ) Temperatures are expected to reach the triple digits this week and fire officials are stressing the importance of water safety. "It's important that people don't go out there alone," said Gale Blomenkamp, the Boone County Fire Protection District assistant chief. "Make sure that somebody knows what you're doing, where you're going to The post Boone County Fire official stresses water safety as summer heats up appeared first on ABC17NEWS.

Missouri moves back into substantial transmission level of COVID-19