By Associated Press
Posted by
TMJ4 News
1 day ago 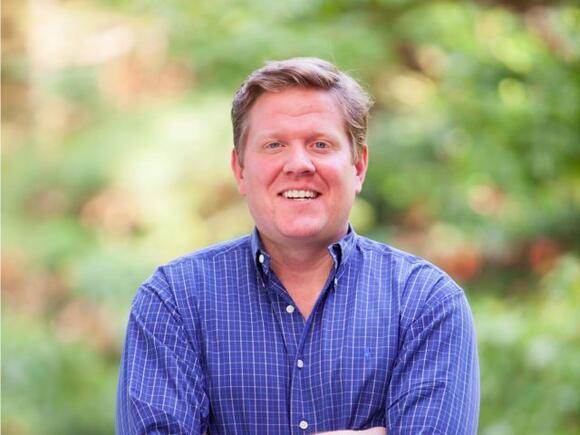 The Wisconsin State Journal reports that the Lakeland Times of Minocqua and its owner, Gregg Walker, filed suit against Kirk Bangstad in Oneida County on May 12.

The lawsuit alleges that Bangstad refused to take down Facebook posts last year in which he called Walker a crook and a misogynist and alleged the newspaper called a local business official a derogatory name for a person with cognitive delays.

Wisconsin GOP to head to Arizona to watch ballot review

The review has drawn criticism from around the country.

The spot produced by UW Health features the Republican Walker placing a Zoom call to the Democrat Doyle.

With a higher percentage of residents vaccinated against the coronavirus, the Wisconsin Department of Health Services is beginning to ramp down some of its vaccination clinics - including in Racine County.

May yer Thao, asst. deputy director of WHEDA, honored as Woman of Influence

Every year our partners over at the Milwaukee Business Journal recognize a group of women who use their influence to make an impact on our community. One of those women is May Yer Thao.

$163M proposal for state office in Milwaukee left out of budget

Another setback for a proposed state office building in Milwaukee after funding for it was left out of the biennial construction budget approved by a legislative committee Tuesday.

Wisconsin at risk of losing $2.3 billion for K-12 schools

A new memo from the Legislature's budget office says Wisconsin is at risk of losing $2.3 billion in federal coronavirus relief money for K-12 schools.

Authorities say a man in western Wisconsin attacked three people with an ax, killing one of them.

Milwaukee Mayor Tom Barrett has thrown his support behind three candidates for the city's Fire and Police Commission.

Morales, City of Milwaukee have agreed to mediation: Lawyer

A possible break in the stalemate between the City of Milwaukee and former Milwaukee Police Chief Alfonso Morales, after a lawyer for Morales confirmed to TMJ4 News that both sides have agreed to mediation.

MILWAUKEE — Get the latest information on the coronavirus, or COVID-19, in Wisconsin and resources to keep you and your family safe and prepared. At least 4,921,930 vaccines have been administered as of Wednesday. At least 607,138 patients have tested positive for COVID-19 in Wisconsin since the outbreak began. 106,451...

May 16—Gov. Tony Evers said he expects the next decade of Wisconsin's elections to be decided in court. While defending against allegations of gerrymandering over the past decade, the Wisconsin Republicans who have the power and the votes to draw legislative maps — that is, to decide the boundaries of each Assembly and state Senate district — are preparing for the court fight.

MADISON, Wis. (WEAU, WBAY, WMTV) - COVID-19 cases and deaths due to COVID-19 are both trending sharply downwards even as the rate of vaccination in Wisconsin continues to slow down, according to the Wisconsin Dept. of Health Services. Overall in the state, DHS reports nearly 40% of residents have completed...

With Supreme Court taking up Mississippi case, Wisconsin's abortion ban could be reinstated

With the U.S. Supreme Court announcing it will revisit the issue of abortion bans, the implications could be profound for Wisconsin, which still has an anti-abortion law on the books. The nation’s high court announced Monday it will hear a case about whether states can ban abortions before a fetus...

(The Center Square) – Police reform in Wisconsin is set to take its next big step this week. The Assembly’s Committee on Government Accountability and Oversight will hear four police reform proposals Tuesday afternoon. All four are from Sen. Van Wanggaard, R-Racine. “These are not feel-good bills,” Wanggaard told The...

MILWAUKEE (CBS 58) --- Although thousands in Wisconsin have gotten the COVID-19 vaccine, many Latinos ae still unsure if it is right for them. That is why the latest vaccination campaign hopes to target the Spanish speaking community. Latinos currently represent a little over 7% of the state's population, making...

Inactive voters could be removed from Wisconsin's voter rolls

WISCONSIN (CBS 58) -- Has it been a while since you voted?. If so, you may hear from the state next month. The state election commission plans to notify Wisconsinites who have not voted in four years that they could be removed from voter rolls. Postcards will go out, and...

Ballots sent out for Ginseng Board of Wisconsin election

ALTOONA, Wis. (WEAU) - It’s time for Wisconsin’s ginseng growers to have their turn at electing members for their check-off promotional board. Nominees have been named and ballots have are being distributed for the Ginseng Board of Wisconsin election. Three candidates for three seats on the board are Joe Heil of Edgar, David Schumacher of Marathon and Meilyn V. Xiong of Wausau. Write-in candidates also may be considered. Ballots must be returned to the state Department of Agriculture, Trade and Consumer Protection by June 15, via mail or e-mail. Wisconsin ginseng growers who don’t receive a ballot by May 22 should contact the state Department of Agriculture, Trade and Consumer Protection, which oversees state check-off promotional board elections.