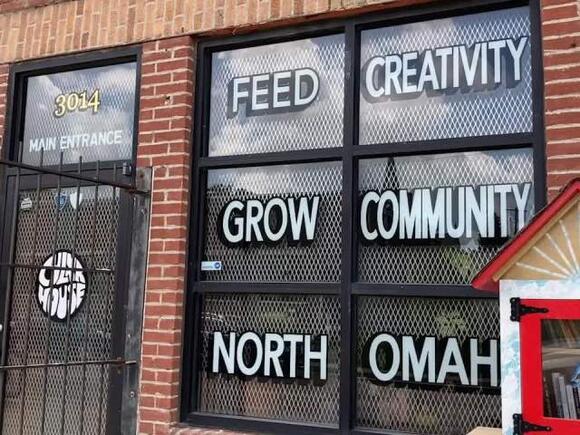 Omaha's Saddle Creek Records and Culxr House are teaming up to release an album on July 30 featuring a variety of local hip-hop talent.

"Omaha has a really big creative population that not a lot of people know about," said Rosalia Alexis, a graphic designer with Culxr House.

"I really took inspiration from a lot of black artists and how they can really emotionally take you into their art, and, you know, make you feel like you're part of a culture," said Alexis.

The record is called Culxr House: Freedom Summer. It's inspired partly by Culxr House bringing the community together during last year's protests.

"You know, first and foremost, I'm a hip-hop artist, so you know, we're gonna go ahead and do some music, you know what I'm saying... We're going to talk about how we feel. You know, use our art to reflect the times," said Marcey Yates, artist and Culxr House founder.

Eleven tracks make up the album, which was produced by Yates.

"It's a great opportunity for artists to work in a situation where they're dealing with a record label, where they're having more resources than normal and to have a wider platform," said Yates.

It features over a dozen artists — some established, and some working to get established — highlighting the vast music scene Omaha has to offer.

"I just hope that they take away from the project that it's some really good music and that every artist that's featured on this project, there's more where that came from," said Yates.

The album can be purchased in various places next month, including online and at Culxr House's store. It will also be available for streaming on digital platforms like Spotify.

Fifty percent of the album's proceeds will be shared between artists involved, while the other half will be donated directly to Culxr House.

When the weather is as hot as it this week, your body craves something light and refreshing. A young metro entrepreneur is opening Ital Vital Living this weekend, which sells just what you need.

Sophia Jordan is the owner of Black Bottom Biscotti. Growing up, her father and grandfather owned businesses so she always figured she would too.

One hundred and forty objects make up the exhibit, which reflects on the glamour and optimism of the 1920s and devastation of the 1930s.

Playgrounds are a place where children make memories and families can bond, but they’re not accessible to every child and family.

In today's Takeout Tuesday, 3 News Now Anchor Serese Cole takes us to Cheeseburgers where they're serving up delicious burgers and bringing new life to an old classic.

Attendees say the parade makes them proud of their Mexican culture