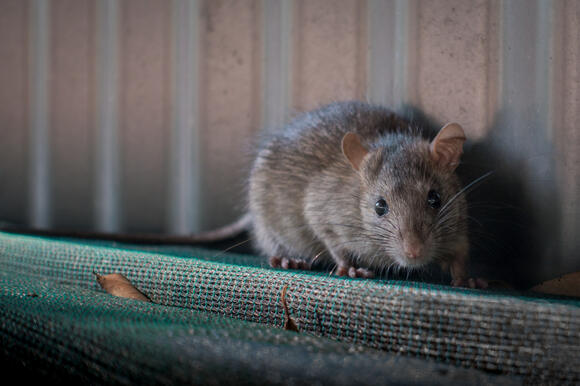 EAST VANDERGRIFT, Pa. — A Westmoreland County neighborhood has hired an exterminator to deal with a rat infestation, according to our news partners at TribLIVE.com.

Residents who live in East Vandergrift showed up at a borough council meeting this week to voice their frustrations. One homeowner told the council about how a rat had chewed engine wires from underneath her car, causing $450 in damage.

The ongoing rat infestation has increased over the past few months along McKinley and Kennedy avenues, according to TribLIVE.

The council voted to hire Terminix in Bridgeville for 10 weeks. The company will place 45 bait stations, containing edible poison, throughout the area. The extermination is expected to start in the next two weeks.

Residents will also get letters on safe trash and garbage procedures, according to TribLIVE.

Ticks on the rise in Pennsylvania, residents urged to protect themselves

HARRISBURG, Pa. — There are a large number of ticks in Pennsylvania that carry several different diseases, and the Department of Environmental Protection is reminding people to protect themselves against tick bites. The DEP collected double the amount of blacklegged tick nymphs as last year. Blacklegged ticks, also known as...

PITTSBURGH — It’s out with the old and in with new development in Oakland. This time, the development is not necessarily catered to students at the University of Pittsburgh. People we talked with said they are thrilled about the change. “I think it’s wonderful. Nothing should be left empty. Keeping...

PITTSBURGH — Pennsylvania has seen its highest number of COVID-19 cases in two months as the Delta variant spreads, according to the Pennsylvania Department of Health. There were 986 additional positive cases of COVID-19 reported Tuesday bringing the total number of cases statewide to 1,221,657. The last time Pennsylvania saw this many cases was on May 27, when the health officials reported 980 cases.

HARRISBURG — A transportation funding commission is preparing to recommend how to raise billions more dollars in Pennsylvania for a 21st-century highway system, a report that is expected to kick off a debate that could last years. [DOWNLOAD: Free WPXI apps for alerts as news breaks]. The report, expected this...

TYRONE, Pa. — Authorities say one person was found dead after a house explosion in central Pennsylvania that reportedly injured five other people. Emergency dispatchers in Blair County said the blast in Tyrone was reported shortly after 1 p.m. Monday and flames spread to two other houses. [DOWNLOAD: Free WPXI...

LARIMER COUNTY, Colo. — Flash floods and a mudslide claimed at least three lives in northern Colorado last week, while one woman remains missing. To date, the bodies of two men and one woman have been recovered after floodwaters swept through Poudre Canyon, KMGH-TV reported. The Larimer County Coroner’s Office...

US News names its top hospitals in the Pittsburgh region

PITTSBURGH — UPMC Presbyterian Shadyside has been named by US News & World Report as the top hospital in the Pittsburgh region in the magazine’s latest Honor Roll rankings released Tuesday. It was one of five hospitals in the region that were ranked, including two others from UPMC plus St....

INDIAN FALLS, Calif. — (AP) — Weather conditions Tuesday were helping at least temporarily to calm two gigantic wildfires in the West but there was bad news for a tiny California community savaged by flames last weekend, and property losses increased in Oregon. Damage assessment teams have so far tallied...