By Nathaniel Weixel
Posted by
The Hill
12 days ago 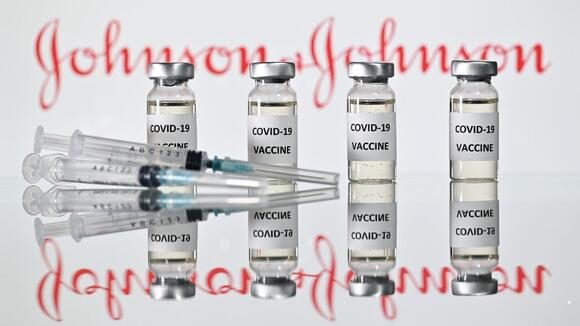 The Food and Drug and Administration (FDA) is forcing Johnson & Johnson to throw out millions of doses of its single-shot COVID-19 vaccine produced at a troubled plant in Baltimore due to contamination concerns.

According to The New York Times, 60 million doses were unusable.

Another 10 million doses from the plant will be allowed to be distributed but with a warning that the FDA cannot guarantee they were produced using good manufacturing practices, according to the Times.

In a statement, the FDA confirmed that it has now authorized two batches of the vaccine.

Federal officials "determined several other batches are not suitable for use, but additional batches are still under review and the agency will keep the public informed as those reviews are completed," the agency said.

The agency referred questions about specific numbers to Johnson & Johnson, which did not respond.

The FDA said it has not yet determined whether the plant, operated by Emergent BioSolutions, can reopen.

"These actions followed an extensive review of records, including the production history of the facility and the testing performed to evaluate the quality of the product," said Peter Marks, director of the FDA's Center for Biologics Evaluation and Research.

The loss of 60 million doses is the latest setback for Emergent. The plant, which has been under scrutiny for months, was shuttered in April for a host of violations, including contamination of Johnson & Johnson's vaccine with an ingredient for the AstraZeneca vaccine, which were both being manufactured by Emergent at the time.

The federal government has paid Emergent more than $271 million in taxpayer money, but the ensuing delays have meant that none of the millions of doses of the J&J vaccine produced at the plant have been distributed.

The U.S. has enough vaccines from Pfizer-BioNTech and Moderna to vaccinate every American, and the problems at the plant are not holding back Americans' access to doses.

fulfill his pledge to donate vaccines to countries in need. Last week, Biden announced a framework to donate 80 million vaccine doses abroad by the end of June.

Biden on Thursday pledged to donate 500 million doses of the Pfizer-BioNTech vaccine to other countries between August and the first half of next year.

FDA approved the shelf life extension of the Johnson & Johnson COVID-19 vaccine from three months to four and a half months. Vaccine doses are still safe and effective, and extending the shelf life reduces further vaccine wastage. There may have been hundreds of thousands of unused vaccines due to...

(Reuters) – The United States has administered 319,872,053 doses of COVID-19 vaccines in the country as of Wednesday morning, the U.S. Centers for Disease Control and Prevention said. Those figures are up from the 319,223,844 vaccine doses the CDC said had gone into arms by June 22. The agency said...

There have been more than 1,200 cases of a rare heart inflammation condition in people who received the Pfizer or Moderna COVID-19 vaccine, according to the Centers for Disease Control and Prevention. During a Wednesday meeting held by the CDC's Advisory Committee on Immunization Practices, officials announced that there was...

Why did the Johnson & Johnson vaccine fail to reach as many people as Pfizer and Moderna?

Your next dose of the COVID vaccine, a booster shot that will protect citizens against rapidly spreading variants like the Delta strain, could be needed as soon as this fall. The Delta variant, which is expected to become the dominate virus mutation in the U.S. by August, will require previously vaccinated Americans to receive a booster shot, according to Dr. Rochelle Walensky, director of the Centers for Disease Control and Prevention.

Only 11.8 million doses of Johnson & Johnson's COVID-19 vaccine have been administered in the U.S., less than 4 percent of the country's total administered shots, The New York Times reported June 18. When the vaccine was cleared by the FDA in late February, public health officials had high hopes...

Some 40% of people living in Washington County are fully vaccinated as of June 15, according to data from the Maryland Department of Health. The Centers for Disease Control and Prevention considers someone fully vaccinated two weeks after they've been given a single-dose shot (Johnson & Johnson) or a second shot (either Pfizer or Moderna).

Is Johnson & Johnson Now a Has-Been in the COVID Vaccine Market?

ZURICH (Reuters) – A scientist investigating rare blood clots possibly linked to AstraZeneca’s and Johnson & Johnson’s COVID-19 vaccines has yet to start a planned collaboration with the U.S. company, he said, as talks over their research pact continue. Dr. Andreas Greinacher, a transfusion medicine expert at Germany’s Greifswald University,...

Pfizer's COVID Vaccine Is Even More Amazing Than You Think

Once the pandemic started, people spent much of the rest of 2020 waiting for vaccines to arrive. When they did -- thanks to Pfizer, BioNTech, and Moderna -- the results were much better than most had hoped for. With much of the country vaccinated, daily cases are now down more...

AMARILLO, Texas (KVII) — Millions of doses of COVID-19 vaccines are sitting in storage waiting to be used as the demand for the shot decreases. The Johnson & Johnson vaccine vial’s shelf life has been extended by the Food and Drug Administration, but medical experts are encouraging people to get vaccinated before the fourth of July holiday.

If you are fully vaccinated against COVID-19, your chances of contracting the virus — specifically the new and highly infectious Delta variant — have significantly decreased. The one-shot Johnson & Johnson COVID-19 vaccine is successful in protecting against the Delta variant of the coronavirus. Dr. Scott Gottlieb, the former head...

The CDC Says If You Notice This Delayed Vaccine Side Effect, Report It

Anyone 12 years or older can now get vaccinated against COVID in the U.S. Following a successful run in adults and promising results from clinical trials, the U.S. Food and Drug Administration (FDA) extended the emergency-use authorization of Pfizer's vaccine to kids between 12 and 15 on May 10. But while the vast majority of these vaccinations have gone on without a hitch, there have been some rare but serious complications. The Centers for Disease Control and Prevention (CDC) recently identified two forms of heart inflammation occurring in young adults after vaccination: myocarditis, which is inflammation of the heart muscle, and pericarditis, which is inflammation of the outer lining of the heart. Now that the agency has found more than 300 cases of heart inflammation, it's warning people to be on the lookout for signs of this delayed vaccine side effect.

The FDA has authorized another batch of Johnson & Johnson COVID-19 vaccines made at Emergent BioSolutions' Baltimore plant to be distributed for use, the agency said June 15. A total of three batches from the facility have been approved, totaling about 25 million doses of vaccine, a U.S. official told The Wall Street Journal.

The Food and Drug Administration on Tuesday announced that it had authorized an additional batch of Johnson & Johnson COVID-19 vaccine that had been produced from a troubled Baltimore facility. The news, posted in a press release on FDA’s website, comes days after the agency had authorized two batches from the Emergent BioSolutions plant but found "several other batches" not suitable for use.

The Biden administration has purchased an additional 200 million doses of Moderna’s coronavirus vaccine, the biotech company announced Wednesday. Why it matters: Moderna says the additional doses could be used to vaccinate children or — if necessary — as a booster shot. Moderna said it plans to deliver 110 million...

J&J vaccines to be given back to company

The 300,000 Johnson and Johnson COVID-19 vaccines deemed unsafe by Health Canada will be given back to the company that made it. Chief Public Health Officer Dr. Theresa Tam said Janssen, the company behind the one-dose vaccine, will probably have to make up for the returned doses. However, there may...

June 15 (Reuters) - The U.S. Food and Drug Administration on Tuesday authorized around 14 million more doses of Johnson & Johnson's (JNJ.N) COVID-19 vaccine manufactured at a problem-plagued Baltimore factory, according to two sources familiar with the plans. The FDA confirmed it had authorized a batch of the one-dose...