4 Movies that were filmed in Ocala

Posted by
Just Go
1 day ago 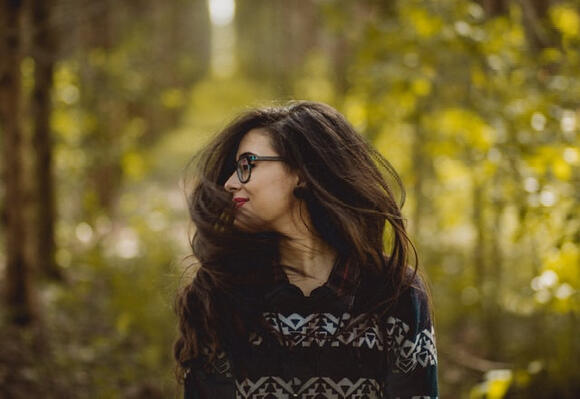 Ocala is a city and the county seat of Marion County within the northern region of Florida, United States. The total population of Ocala was estimated to be at 60,786 as of the 2019 United States Census making it the 49th most populated city in Florida.

Home to over 400 thoroughbred farms and training centers, Ocala was officially named the “ Horse Capital of the World” in 2007. Notable attractions in the Horse Capital of the World include The World Equestrian Center, Ocala Breeders Sales, Live Oak International, The Ocala National Forest, Silver Springs State Park, Rainbow Springs State Parks, and the College of Central Florida.

The story revolves around the life of Ted, who is a Zombie physically but he knows that he’s not a zombie mentally. He says that he just picked up a “skin” thing during his vacation in the Caribbean. Ted’s bizarre family does not believe him and has their doubts. They don’t shy away from it and make Ted uncomfortable but he is convinced that he is fine. Things start getting worse when he falls in love with a hot vampire.

This adventure drama movie is written by James Redfield (screenplay and novel), Barnet Bain (screenplay), and Dan Gordon (screenplay) and it is directed by Armand Mastroianni. This movie has the tagline of “The book that changed our lives is now a movie.”

The story revolves around the life of John Woodson who is about to experience something dramatic that would change his life forever. Through a mysterious set of coincidences, he finds himself on an adventure to Peru in search of ancient scrolls, known as the Celestine Prophecy. This prophecy predicts a new awakening that redefines human life and provides a glimpse into a completely spiritual culture on earth. Every step that John takes in the search of this prophecy, he encounters a new awakening. It is only in this letting go that he finds the true meaning of life.

This horror movie is written and directed by Steven C. Miller. It has the tagline of “Blood...Will...Run.” This movie has been nominated for one award (Toronto After Dark Film Festival Award for Best Independent Feature Film.”

The story revolves around the life of three teenagers Chris, Scott, and Tim who are best friends. They decide to drive to a bar downtown to a grungy band’s gig. While heading downtown, they realize that there are no cars on the road despite the rush hour and then they find the streets and surroundings empty. As they reach their destination, they are attacked by a group of zombies. They must act together and be smart in order to save their lives and get out of there.

This mystery horror movie is written and directed by Victor Salva. The tagline of this movie is that “Fear takes a road trip.” This movie was nominated for eight awards out of which it won five awards (Crystal Reel Awards, Fangoria Chainsaw Awards, and Fright Meter Awards).

The story revolves around the life of a sibling duo of a brother and a sister. They are driving back home from an isolated road not realizing that this road is home to a dangerous creature who is a flesh-eater and is in the midst of a ritualistic eating spree.

Adrien Sala/UnsplashBecause of Alabama's vicinity to the Gulf of Mexico, delicious seafood is not challenging to be accessed and explored. You will find many fresh oysters, shrimp, and fish along the coast area and across the state. It tastes so yummy and delicious that you would think it came right from the ocean to the kitchen of these eateries. So take a seat and enjoy your meal at one of Alabama's top seafood restaurants.

Florida is also known as the sunshine state, is located in the Southeast of the United States. Florida's population is roughly around 21 million. The state is to the east by the Gulf of Mexico. Florida has the second-longest state coastline in America. This place is known for its beaches, and Americans love to party here on spring break. Other than the parties and beaches, the Sunshine State has some of the best seafood. Whether you’re looking for a party or a waterfront dining or a dive in the warm beaches, Florida has it all. In addition to this, Florida has some of the best seafood restaurants that you should check out. Here is a list of the 5 Best Seafood Restaurants in Florida that you need to check out.

California is also known as the golden state, is located in the Western United States. With over 39.5 million occupants across a region of 163,696 square miles, it is the most crowded and the third-biggest U.S. state by area. Aside from beautiful beaches, forests, and Hollywood, California is also known for its food. Californian cuisine has been inspired by cuisines around the world mainly because of its most diverse population. Most of you won't say it, but California has some of the best restaurants That serve Amish food, and here is a list of the 5 Best Amish Restaurants in California.

Indiana is a Midwest state of the United States. Its capital and largest city are Indianapolis. Indiana was added as a state of the United States on December 11, 1816. It has Lake Michigan to its northwest, Michigan to the north, Ohio to the east, the Ohio River and Kentucky to the south and southeast, and the Wabash River and Illinois to the west. Indiana’s food scene is growing, and here is a list of the top 5 best seafood restaurants to fuel your seafood cravings.

The state of Arizona is in the West of the United States. The state of Arizona is between Southwestern and occasionally Mountain sub-regions. It is the 6th largest state in the area and 14th largest in population. Phoenix is its capital and largest city. Arizona bordered regions are Utah to the north, Colorado to the northeast, and New Mexico to the east. Nevada and California are to the west and the Mexican states of Sonora and Baja California to the south and southwest. Here are the five best seafood restaurants in Arizona to get your seafood fix.

‘Horror movie’: Watch a fisherman get chased by a large alligator in Florida

Alligator appearances have a way of ruining fishing trips, as one Florida man recently found out. Last Saturday morning, Tommy Lee — who posts his outdoors outings on a YouTube channel called “Chum Dumpster” — showed his followers a terrifying encounter somewhere in the Everglades. Lee’s GoPro video starts with...

LAKE MARY, Fla. - The Florida Department of Health reported 1,976 new cases of COVID-19 on Monday. According to the state's daily update, the total number of cases in Florida is now at 2,293,980. Total resident deaths now stand at 36,133, which represents an increase of 58 since Sunday, while...

This just posted on the Bloody Decks Forum, California:. "The West Coast has you beat, all things considered." Let's prove him wrong. Let's show him what our Florida is all about. One thing that makes Florida a Fisherman's Paradise is consistency. Watch the 'consistency' in this action packed on-the-water trip...

If you’re looking to let your kids run off some energy, Fievel’s Playland at Universal Studios Florida has officially reopened. Fievel’s Playland is a larger-than-life play area based on the beloved childrens’ films An American Tail and Fievel Goes West that lets you see the world from a mouse’s perspective.

If you are a fan of both Disney World and Universal Orlando Resort, you may have been asked this dreaded question in the past: Universal or Disney?. Picking between arguably two of the biggest theme park moguls in the world is a difficult task, especially because of how different they are.

ORLANDO, Fla. — Florida reported less than 2,000 new coronavirus cases on Monday for the first time in more than a month. The last time the state reported fewer than 2,000 new cases in a day was April 12 when the total new cases reported was 1,613. Of the latest...

TALLAHASSEE, Fla. — Florida added 1,976 new coronavirus cases for May 16, according to the Florida Department of Health's latest report. A total of 2,293,980 people in the state have tested positive for COVID-19 since the pandemic began. On Monday, the state reported another 58 Floridians and one non-resident had...

TAMPA, Fla. — The guests lined up promptly at the security table at the Florida Aquarium, eager to enter the building. Kids anxiously tapped toes. Parents double-checked their strollers. Just a few feet away, aquarium volunteer Ken Moser smiled from behind his bright yellow mask. Moser, who began volunteering at...

ORLANDO, Fla. – Many Floridians are still hurting financially from the pandemic and Central Florida’s largest city is getting ready to offer help. On Tuesday, Orlando is set to reopen the portal for its emergency rental assistance program. Applicants will be able to submit information Tuesday, starting at 8 a.m.,...

OCALA, Fla. (WCJB) - Our friends at Horse Capital TV spoke with a horse owner that was given a unique opportunity to spend even more time with his prized horse. Pat Parelli with Parelli Natural Horsemanship was approached by the company Vigen to clone his prized and favorite horse Magic through a hair sample, and Parelli took them up on the opportunity.

A property in Panama City, Florida, that’s listed for $1.65 million has gone viral on TikTok over its baffling nature. “I’ve been wracking my brain about what this house was used for and I just can’t figure it out,” said app user @oldfarmwitch in a recent upload that’s earned some 774,000 likes and more than 14,200 comments over the past two weeks.

Wildflowers In Ocala Field At Dusk

A reader writes that her daughter often tells her that weeds are still important. They are simply plants and flowers that grow efficiently in unexpected places. How right she is! The wildflowers were breathtaking this year all over Marion County! Thanks to Andrea Proeber for sharing!. Share your local photos...