Posted by
Malinda Fusco
10 days ago 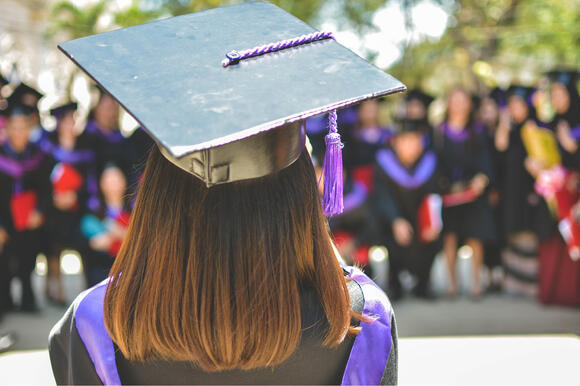 The Greatest Education System in the Nation

According to Governor DeSantis in a recent statement to the media, Florida has "the greatest" education in the nation. That's a pretty big claim to make, especially when the data says otherwise.

"I find it unthinkable that there are other people in positions of leadership in the federal government who believe that we should teach kids to hate our country."

DeSantis took it a step further and claimed that Florida is on top as far as education goes.

"I'm proud that we are taking action today to ensure our state continues to have the greatest educational system in the nation."

The question is, though, does Florida have the greatest education system in the country?

Florida's Public Education Versus the Rest of the Country

Surely, Florida is in the top ten states as "the greatest" in 2021, right?

Florida Ranked Number 22 out of 50

World Population Review ranks each state's public education by both quality and safety. They use 33 points to measure each ranking. According to the website, these 33 points cover a variety of different data, such as:

Florida ranked as number 19 for the quality data points.

Florida ranked as number 35 for the safety data points.

Again, the overall rank for Florida public schools was 22, which does contradict Governor DeSantis's claim that Florida has the greatest educational system in the nation.

What do you think about Florida's educational system?

Some people agree that Florida has a fantastic education system, but others vehemently disagree. So what do you think?

Do you agree with Governor DeSantis? Does Florida have the best education system in the country? Does keeping critical race theory out of schools hurt or hinder that system?

DeSantis is right: Florida should be leader in civic education | Commentary

Legislative, judicial, and executive. One in four Americans cannot name the three branches of government. As more people become politically active, I believe that increasing civic literacy has never been more critical. Social media and the information age is producing an avenue for everyday Americans to be more engaged with issues they are passionate about.

Florida Governor, Ron DeSantis, fought the law and won a victory for his state over vaccination disclosure mandates with the CDC for cruise passengers. If you are considering booking travel or signing up for a new credit card please click here. Both support LiveAndLetsFly.com. If you haven’t followed us on...

DeSantis assembles with experts to combat red tide in Florida

Today, Governor DeSantis assembled a team of experts who say work is underway to better understand and control red tide, and to reassure tourists and Floridians ahead of the July 4th holiday, that things aren't as bad as they seem.

Education was clearly on lawmakers' minds during Florida's 2021 legislative session. While debates over "Critical Race Theory" have sucked up much of the oxygen about schools recently, this year's session ended with more than 30 bills that could impact classrooms making it through both chambers. Some have already been signed...

Two bills would beef up civics education in Florida classrooms. Civics curriculum in Florida will receive an overhaul if Gov. Ron DeSantis signs two bills now sitting on his desk. DeSantis has said he wants more civics education for Florida students. He already rolled out the Civic Literacy Excellence Initiative...

Today, Governor DeSantis joined the State Board of Education Meeting to discuss the importance of maintaining the integrity of Florida’s academic standards by keeping Critical Race Theory out of the classroom. “The woke class wants to teach kids to hate each other, rather than teaching them how to read, but...

The Florida Board of Education on Thursday approved a rule that Gov. Ron DeSantis advanced in order to ban teaching certain ideas about race and history. The rule reads: "Instruction on the required topics must be factual and objective and may not suppress or distort significant historical events, such as the Holocaust, and may not define American history as something other than the creation of a new nation based largely on universal principles stated in the Declaration of Independence."

How Nikki Fried says she’d have handled pandemic in Florida

We’re getting a better idea of what the state would’ve looked like had another governor been in place. Gov. Ron DeSantis (Fla-R) says Agriculture Commissioner Nikki Fried (Fla-D) would have mismanaged the pandemic, calling her a “lockdown lobbyist.”. Fried is campaigning for the Democratic nomination in the 2022 gubernatorial race....

Republican Florida Gov. Ron DeSantis called out Dr. Anthony Fauci on Sunday and was greeted like a rockstar at a country music festival in Panama City Beach, Florida. DeSantis then tells the gathered crowd that the only reason they could be at the concert was because “Florida chose freedom over Fauci-ism.” The crowd loved it and enthusiastically applauded.

Florida [US], June 9 (ANI): Accusing China of waging a campaign to steal Florida secrets, Ron DeSantis, Governor of the US state, signed two bills that seek to tackle espionage and prevent foreign adversaries from stealing intellectual property. "All we are doing today is saying enough is enough," DeSantis said....

In a reversal of its the state’s extremely homophobic refusal to let Jacksonville’s Acosta Bridge light up in Pride lights, the Florida Department of Transportation now says the 1,645-foot span can indeed be lit up like a rainbow. Thats according to the office of Taryn Fenske, spokeswoman for Gov. Ron...

Daughter of congressional candidate in Florida got questionable COVID loans

The daughter of a Broward County commissioner who is running for Congress received a $300,000 loan from a federal COVID-19 relief program to cover payroll for employees that the state has no record of, officials said. Damara Holness, whose father is Broward Commissioner Dale Holness, got the Paycheck Protection Program...

Gov. Ron DeSantis and the Florida Cabinet cleared the way Tuesday to extend the Dolphin Expressway (State Road 836). The SR 836 Southwest Extension / Kendall Parkway project, in the works for years now, would extend the expressway 13-14 miles west. It has faced legal hurdles and political obstacles since its inception.