Posted by
The Hill
12 days ago 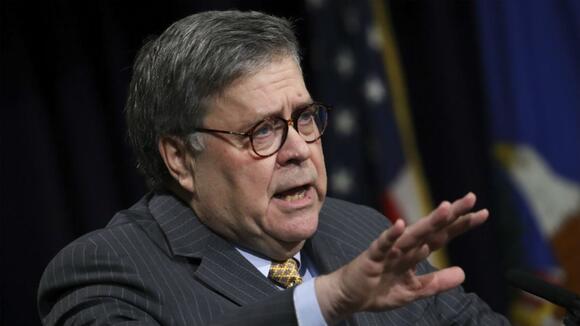 Trump administration officials subpoenaed Apple for data on accounts belonging to at least two Democrats on the House Intelligence Committee, congressional aides and their family members to find who was behind the leaks of classified information, The New York Times reported on Thursday

Committee officials and sources with knowledge of the inquiry told the Times that records belonging to at least a dozen people, including House Intelligence Chairman Adam Schiff (D-Calif.), were seized in 2017 and 2018. Data that belonged to family members, including at least one minor, was also seized.

One source told the Times that Apple turned over metadata and account information, but did not provide photos, emails or other content.

According to the Times, prosecutors under former Attorney General Jeff Sessions were looking to identify sources who were speaking to members of the media about contact between Trump associates and Russia.

The data seized in the investigations ultimately did not connect the Intelligence Committee to the information leaks; however, Sessions's successor William Barr later revived the investigation, moving a trusted New Jersey prosecutor, Osmar Benvenuto, into the main branch of the Department of Justice (DOJ) to continue the investigation into Schiff and around half a dozen other people, according to the Times.

In a statement to the Times, Schiff said former President Trump had used the DOJ as a “cudgel against his political opponents and members of the media.”

“It is increasingly apparent that those demands did not fall on deaf ears,” Schiff said. “The politicization of the department and the attacks on the rule of law are among the most dangerous assaults on our democracy carried out by the former president.”

The California congressman called for an independent inspector general to investigate the probe into committee members and any others who “suggest the weaponization of law enforcement.”

David Laufman, a former DOJ official who used to investigate leaks, told the Times, “notwithstanding whether there was sufficient predication for the leak investigation itself, including family members and minor children strikes me as extremely aggressive."

“In combination with former President Trump’s unmistakable vendetta against Congressman Schiff, it raises serious questions about whether the manner in which this investigation was conducted was influenced by political considerations rather than purely legal ones," Laufman added.

“Recently, it has become public that the Trump Administration sought account metadata of House Intelligence Committee Members and staff and their families," House Speaker Nancy Pelosi (D-Calif.) said in a statement. “The news about the politicization of the Trump Administration Justice Department is harrowing. These actions appear to be yet another egregious assault on our democracy waged by the former president.

"I support Intelligence Committee Chairman Adam Schiff’s call for an investigation into this situation and other acts of the weaponization of law enforcement by the former president," she added. "Transparency is essential.”

This report comes amid other reports that the DOJ under the Trump administration sought the phone and email records of various reporters from CNN, The New York Times and The Washington Post, among others, to find out where they were sourcing their information.

Garland: Review of Trump-era politicization should fall to DOJ watchdog

Attorney General Merrick Garland on Tuesday expressed hesitancy at launching a broad review of the Trump administration’s politicization of the Department of Justice (DOJ), citing separate investigations already underway and concerns of potential claims of bias. While answering questions from reporters, Garland noted that the department’s inspector general, Michael Horowitz,...

House Minority Leader Kevin McCarthy on Wednesday blasted a batch of six bipartisan antitrust tech bills that have some Republican support, saying the proposals would give more control of the internet to the federal government. The six bills, targeting tech giants Facebook, Apple, Amazon, and Google, are being spearheaded by...

The pandemic is subsiding, and GOP lawmakers want to end Zoom hearings that replaced in-person committee business meetings for the past year. In a letter to House Oversight Committee Chairwoman Carolyn Maloney, panel Republicans declared it’s time to return to pre-pandemic business in the Capitol. The committee is scheduled to...

Six months after former President Trump left office, new disclosures are peeling back layers to his conduct in the White House, teeing up investigations that could create a headache for a Biden administration that is eager to move out of the shadow of its predecessor. A new trove of documents...

John Demers, the top national security official at the Department of Justice, says he was unaware federal prosecutors had secretly obtained records concerning Democratic lawmakers, a move that generated intense controversy when it became public this month. Demers, the highest-ranking Senate-confirmed Trump appointee still at the Justice Department, is stepping...

In a letter addressed to Merrick Garland on Monday, a group of progressive House Democrats criticized the U.S. attorney general for failing to reverse the "weaponization and politicization" of the Justice Department under the Trump administration. Devlin Barrett, The Washington Post's national security and law enforcement reporter, joins CBSN's "Red and Blue" anchor Elaine Quijano with more.

Where another Trump presidency could take America

(CNN) — "It's a fragile time for our democracy," said US Rep. Eric Swalwell, disclosing earlier this month that the Department of Justice had secretly seized his communications records in 2017, when he was on a congressional committee investigating then-president Donald Trump's ties to Russia. Rep. Adam Schiff, also on...

Democrats are accusing Trump of a Nixon-style leak hunt, but Republicans say it's legitimate for the DOJ to investigate leaks.

A pair of Democratic lawmakers whose records were seized through subpoenas in 2018, as part of a Department of Justice (DOJ) probe into congressional leaks, were reportedly not initially targeted in the investigation. The data of Reps. Adam Schiff (D-N.Y.), who was then the ranking member of the House Intelligence...

Garland tries to untangle the Trump legacy at the Justice Department

Three months into his new job, judge-turned-attorney-general Merrick Garland, who inherited a demoralized and politicized Justice Department, is facing criticism from some Democrats that he is not doing enough to quickly expunge Trump-era policies and practices. On a host of issues ranging from leak investigations to civil and criminal cases...

The rogue department: how the Trump DoJ trashed legal and political norms

Donald Trump never did much to hide his dangerous belief that the US justice department and the attorneys general who helmed it should serve as his own personal lawyers and follow his political orders, regardless of norms and the law. Former senior DoJ officials say the former president aggressively prodded...

(CNN) — The subpoena that swept up the records of two Democratic congressmen, their staff and family members in 2018 appears to have been the result of a leak investigation that initially included scrutinizing a senior aide on the House Intelligence Committee, and not the lawmakers themselves, sources told CNN.

How to Hold Trump Accountable

A torrent of new revelations is filling in the picture of how Donald Trump used, and abused, his authority as president. But the disclosures may serve only to underscore how little remains known about all the ways in which Trump barreled through traditional limits on the exercise of presidential power—and highlight the urgency of developing a more comprehensive accounting before the 2024 election, when he may seek to regain those powers.

WASHINGTON, June 17 (Reuters) - A U.S. House of Representatives committee on Thursday requested documents from the Justice Department related to the Trump administration's seizure of phone records from lawmakers, journalists and the then-White House counsel as part of its investigations into leaks of classified information. The House Democrats, led...

"I’m willing to be patient for a bit," one Democratic senator said of the new attorney general's progress. “But if it doesn’t get better ... I’m going to get pretty impatient."

President Biden’s Justice Department is in an undeniably difficult position. Given the epic corruption of the department by his predecessor, Donald Trump, maximal transparency and accountability are now imperative. But this will inevitably clash with the department’s understandable desire to cling to certain institutional prerogatives. Senate Democrats have a key...