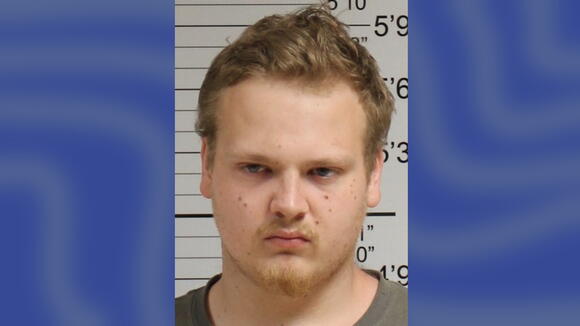 PORTAGE, Pa. — A Pennsylvania man is accused of breaking into a couple’s apartment, sleeping in their bed and stealing their two cats, authorities said.

Austin Shaffer, 21, is charged with two felony counts of burglary and criminal trespassing, along with multiple theft misdemeanors, WTAJ reported.

According to the Portage Borough Police Department, the couple called authorities after they returned from vacation on May 26 and discovered that someone had broken into their apartment, WJAC reported.

The couple’s front door was tampered with, bedroom blankets were on the floor and their two cats were missing, according to a criminal complaint.

The couple also told police that someone had used toothpaste to write an obscenity on a mirror, WJAC reported.

Multiple witnesses told police that they heard and saw Shaffer broke into the apartment, the television station reported.

When questioned by police, Shaffer told investigators he entered the apartment to avoid inclement weather because he was homeless, WTAJ reported. According to the complaint, Shaffer told police he believed the cats had been abandoned and said he was doing a good deed by taking them.

Other witnesses told police that Shaffer had bragged about breaking into the apartment and trashed it as revenge, according to the criminal complaint.

Shaffer is being held in the Cambria County Prison, WTAJ reported. He has not posted bail.

‘I robbed her family of time’: Killer of Amish teen Linda Stoltzfoos gets 35 to 71 years in prison

LANCASTER COUNTY, Pa. — Justo Smoker cried Friday as he addressed the family and friends of Linda Stoltzfoos, the Amish teen he kidnapped and murdered last summer as she walked home from church in Pennsylvania. Stoltzfoos, 18, of Bird-in-Hand, was less than a half-mile from her family’s home June 21,...

DENVER — (AP) — A 75-year-old Colorado man who suffered a cascade of health problems after a police officer used a Taser on him in his home without warning filed a federal lawsuit Monday, accusing the officer of also putting a knee on his neck and causing an injury to his carotid artery that required surgery.

LAS VEGAS — Amanda Nowak hid inside her home while a strange man threatened to rape and kill her. Thanks to Nowak’s Ring doorbell camera, the man, whom booking documents identify only as “John Doe,” has been charged with stalking, coercion and obstructing a police officer, KLAS-TV reported. The ordeal...

SURFSIDE, Fla. — The final victim of last month’s deadly partial condo building collapse in Surfside has been identified, raising the death toll to 98. Estelle Hedaya’s brother confirmed the 54-year-old’s death to The Associated Press on Monday, three days after crews confirmed they had ended their search of the rubble.

FORT LAUDERDALE, Fla. — (AP) — The final victim of the condo building collapse in Florida has been identified, a relative said Monday, more than a month after the middle-of-the-night catastrophe that ultimately claimed 98 lives. Estelle Hedaya, an outgoing 54-year-old with a love of travel, was the last victim...

WASCO, Calif. — A domestic violence call in rural Southern California that escalated Sunday to a standoff left five people dead, including a sheriff’s deputy, authorities confirmed Monday. Kern County Sheriff’s Deputy Phillip Campas, 35, and the suspect, a 41-year-old man who has not been identified publicly, were among those...

Family member says last victim of the Florida condo collapse has been identified.

SURFSIDE, Fla. — (AP) — Family member says last victim of the Florida condo collapse has been identified. Copyright 2021 The Associated Press. All rights reserved. This material may not be published, broadcast, rewritten or redistributed without permission.

NASHVILLE, Tenn. — A woman who gave a fatal dose of the wrong medicine to a patient has lost her nursing license. In December 2017, Radonda Vaught, a former nurse at Vanderbilt University Medical Center, gave Charlene Murphey, vecuronium bromide, which can cause paralysis, rather than Versed, a sedative used to treat anxiety, WSMV reported.