By Lisa Sylvester, WPXI-TV
Posted by
WPXI Pittsburgh
10 days ago 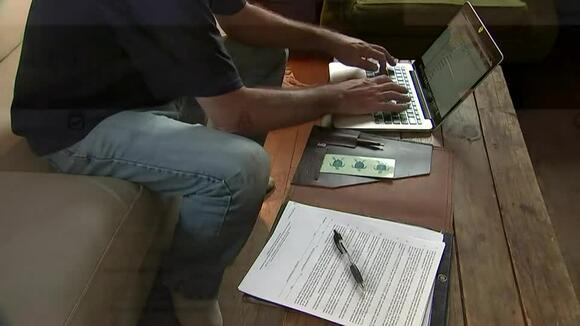 PITTSBURGH — The state might have a new unemployment system, but they are still having issues after rolling it out earlier this week. Also, starting Thursday, they have added a new phone system to help those people who cannot get online to file.

As of Thursday morning, 168,000 people had successfully filed claims using the new system and were seeing payments within a day or two, according to Labor & Industry Acting Secretary Jennifer Berrier.

“It means that the Pennsylvania Treasury is receiving our payment files and getting payments made to eligible claimants,” Berrier said during a media briefing Thursday morning. “And we did see that people who had previously selected to receive their payment through direct deposit received it through this method; even if they are seeing the debit selected on the new system as their preferred payment choice, payments will continue to be made.”

The new phone system allowing people to file for benefits is now up and running.

It is known as the Pennsylvania Teleclaims System, or PAT, and this phone system is different from the UC Service Centers.

Many people are reporting on the department’s Facebook page and groups that they are having issues filing with the new system. Tammy Korczynski is one of those people.

“I got an error and it kicked me out straight back to the main screen and I can’t log back in,” said Tammy Korczynski. “Very frustrating and yesterday the anxiety was extremely high.”

Korczynski said her problems started before the switchover, but were continuing despite trying all the new avenues suggested by the department with the new system.

She was not alone, as thousands of people made similar comments during the press briefing which was live-streamed.

“We hear your frustration and we understand,” said Berrier when directly asked about the ongoing issues. “We are just as frustrated and really important to move to a new computer system. We continue to monitor SurveyMonkey results and monitor social media.”

Berrier added this new computer will let them quickly interact with people. But people need to be patient right now as officials work out the kinks. Officials suggest checking out their enhancement tracker which shows major issues impacting many people; like those on the Pandemic Emergency Unemployment Compensation (PEUC) Program unable to file due to being listed as inactive.

But for people like Korczynski who have two children at home, she continues to move forward as she waits for help.

“I am getting ready to start work, just a matter of paperwork,” said Korczynski. “I’ll probably have a paycheck from them before I hear anything from Unemployment.”

A big change many people do not realize about the new unemployment system, is that you can file anytime during the next eight weeks to backdate a claim if you are missing payments right now.

If you plan to file using the PAT system, you will not need a Keystone ID. Instead, you should use a PIN and a Social Security Number to identify yourself when claiming benefits.

Harrisburg --According to the Pennsylvania Department of Labor and Industry, over 400,000 people have successfully filed for benefits through the new Unemployment Compensation, which was launched on June 8. "These numbers are consistent with the amount of weekly claims and new claims we were seeing filed on the old system,...

Employer/employee relationships have existed since our country was founded. After working for a certain employer for some period of time, an employee may decide (or be forced) to leave an employer. Questions often arise as to what information, ideas, relationships and other assets can or cannot be used or taken to a new job.

A settlement between Attorney General Daniel Cameron, Big Rivers Electric Corporation and Kentucky Industrial Utilities customers will mean that Big Rivers’ customers will get $13.3 million in bill credits this year. Jennifer Keach, Big Rivers’ director of communications and community relations, said the average customer will see about $50 in...

Beginning on Thursday, a new text message feature will be available from Pennsylvania for those applying for unemployment.

State labor leaders say the new unemployment compensation system is continuing to improve. More than 390,000 people have now signed up for unemployment benefits through the new online system. The service updated to a cloud-based version or a file-by-phone system just last week. The new system replaces a decades-old program...

A week after the state implemented a new computer system for unemployment benefits, state officials hail its success.

PHILADELPHIA (KYW Newsradio) — Pennsylvania’s upgraded unemployment compensation system officially launched last week. Since then, nearly 367,000 individuals have filed for weekly unemployment benefits using the online system or by phone, while an additional 40,000 people opened a new claim for benefits. “These numbers are tracking with the amount of...

The Pennsylvania Department of Labor & Industry’s new unemployment system has been live for one week but users across the state are still experiencing filing frustrations. The new system is replacing the former 40-year-old program, aiming to be more efficient and intuitive. However, for Eve Horowitz, it’s not allowing her to get paid this week.

TALLAHASSEE, Fla. (WCTV) - Unemployment woes aren’t just 2020′s story. Here in 2021, a growing number of Floridians are reporting issues with the state’s reemployment assistance system. Austin Jobko, a Quincy resident who lost his roofing job in March, is one of those people. “My bills started getting backed up,...

Pennsylvania ended its COVID-19 emergency declaration on Tuesday after Gov. Tom Wolf ’s (D) administration certified election results from May that took away his power to uphold it. Pennsylvania voted in a May primary to take away some of Wolf’s authority over to his strict pandemic response, giving the decision...

NJ upgrade of unemployment online system not without glitches

It's the latest issue for those receiving unemployment in New Jersey — some folks saw double payments of the federal $300 supplement in a week, while other were skipped entirely as a result of a computer system upgrade, according to state officials. The state's unemployment insurance system, which operates using...

Virginia Experienced the 14th Largest Rise in Unemployment Since COVID

Even a full year beyond the arrival of the novel coronavirus and the ensuing lockdowns, shutdowns, and mass quarantines, the threat of COVID-19 continues to cause significant delays and disruptions in both normal life and in business supply chains. Appliances, computer chips, and industrial parts have been on backorder for...

Harrisburg, Pa. --Pennsylvania's new unemployment compensation program as seen nearly 225,000 people submit claims since it opened Tuesday. Nearly $115 million in payments have been issued by Labor and Industry for these claims. More than 204,000 individuals have successfully filed weekly certifications using the new online system at benefits.uc.pa.gov. An...

(TNS) — Jobless Marylanders continued to report problems Monday with claiming unemployment benefits through the state’s online portal, even as the state said the system is working properly. Hundreds of people began reporting problems Sunday, when they couldn’t file their required weekly questionnaire to continue receiving benefits, known as certification.

Unemployed Florida residents may have noticed lately it has become more difficult to claim their benefits. The Florida Department of Economic Opportunity said Friday the CONNECT system has been experiencing higher than average wait times when users try to enter the system. Press Secretary Andrew Nixon said users may be...

Unemployment system experiencing crashes despite more Floridians back to work

ORLANDO, Fla. - Confusion has followed after changes to the website last week. The Department of Economic Opportunity now requires people to report their job searches. The agency has also eliminated its online chat features. Orlando State Representative Anna Eskamani, who often helps facilitate communication between constituents and the DEO,...

A number of Maryland unemployment claimants haven't been able to file weekly claim certifications through the BEACON portal. Claimants are required to submit the information weekly to receive their benefits on time.