By Julia Manchester
Posted by
The Hill
14 days ago 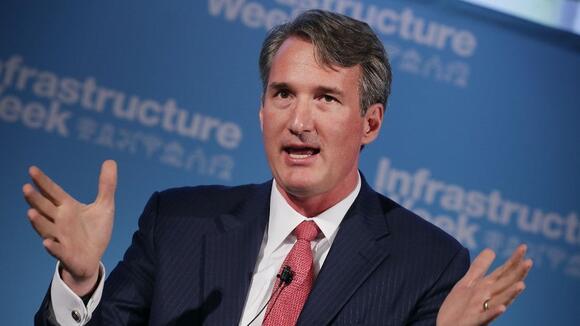 The poll, which was conducted by the conservative firm WPA Intelligence, found McAuliffe leading Youngkin by 2 points, 48 percent to 46 percent, which is within the poll's 4-point margin of error. Five percent of voters said they were undecided.

"Any pundit not taking the Governor’s race in Virginia seriously could be open to a rude awakening come this fall," the polling memo, obtained by The Hill, read.

The data comes days after McAuliffe officially clinched the Democratic nomination in the race. The former governor swept the five-person primary, winning 62 percent of the vote. His closest opponent, Jennifer Carroll Foy, trailed at roughly 20 percent of the vote.

McAuliffe left office with high approval ratings in 2018, but the WPA poll showed the former governor with a 40 percent favorable rating and 38 percent unfavorable rating in 2021.

The former governor comes into the race with the advantage of a high name ID and a skilled fundraising apparatus, but Youngkin has poured money into his campaign, helping him boost his profile in the commonwealth.

Both candidates went up on air and digital this week with ads and continued to lob attacks.

Youngkin, on the other hand, has highlighted his status as a political outsider and on Thursday told Fox News that Virginia "cannot afford the recycled, tired, old policies" of McAuliffe.

The WGA Intelligence poll was conducted on June 2-6 among 506 likely Virginia voters. The survey's margin of error is plus or minus 4.4 percent.

West Virginia Gov. Jim Justice (R) rebuked people who were choosing not to get the COVID-19 vaccine during a news conference on Thursday, saying they were “entering the death drawing.”. “Well when you turn your back and say, nope I’m not doing that — all you’re doing is entering the...

Passengers on a Biden campaign bus that was allegedly harassed by Trump supporters while driving through Texas last year filed two lawsuits Thursday, one against individual members of the so-called Trump Train they say tried to run them off the road and another against law enforcement members who plaintiffs allege turned a blind eye to the incident.

Two retired police officers hired by Wisconsin Assembly Speaker Robin Vos (R) to investigate the state's 2020 vote count are being paid thousands of dollars in taxpayer money. The Associated Press reported details of the contracts on Thursday, citing documents it obtained. News of the hires was first announced last month.

Liberals tone down calls to 'defund police' amid GOP attacks

Progressives are toning it down on police reform as a growing stack of evidence suggests it is hurting the party with voters. While a number of liberal Democrats remain opposed to virtually any expansion in law enforcement funding, gone are the days when progressive lawmakers were calling openly for “defunding the police” — a message that Republicans used to devastating effect in clobbering House Democrats at the polls in 2020.

President Biden on Thursday announced he'd reached an infrastructure deal with a group of Republican and Democratic senators, saying both sides gave up some things they wanted to get a rare accord in a bitterly divided Washington, D.C. Biden acknowledged the deal would not include proposals he's made for spending...

The Biden administration’s strategy to tackle the digital divide places too much emphasis on wires and competition and too little on people and communities. By proposing $65 billion in broadband spending, the administration aims to spur marketplace competition, supercharge network speeds, and reduce home internet prices. After all, everyone knows that competition drives down prices, which should get more people online, especially the poor.

Adams on NYC results: 'I am the face of the new Democratic Party'

New York City mayoral candidate Eric Adams (D), who has maintained a sizable lead as more results come in from this week's Democratic primary, declared Thursday that he is “the face of the new Democratic Party,” offering a warning to the party as it looks to defend its majority in Congress in the 2022 midterm elections.

Sen. Joe Manchin (D-W.Va.) said on Thursday that it was "inevitable" that Democrats would move forward with a separate, Democrat-only infrastructure package — it was just a question of what the size and scope will be. "Reconciliation is inevitable because basically Republicans I understand on the tax they don't want...

President Biden said Thursday that the federal government is ready to step in to assist after a building collapsed in Miami, Fla., and left at least one person dead and 99 unaccounted for. Biden said that the Federal Emergency Management Agency (FEMA) is assessing the situation on the ground, but...

Kim Iversen, host of The Kim Iversen Show, discussed why people should pay attention to Supreme Court rulings outside of those that impact social issues. During an appearance on Hill.TV’s “Rising,” Iversen discussed the Supreme Court’s ruling striking down a California rule allowing union organizers to access agricultural sites. Chief...

White House deputy press secretary Karine Jean-Pierre will hold a gaggle aboard Air Force One en route to Raleigh, N.C., on Thursday afternoon. The event is scheduled to begin at 2:45 p.m. ET. Watch the live video above.

California Democrats are clashing with members of their party over a package of antitrust bills targeting the top tech companies in the country. Democratic lawmakers from California on the House Judiciary Committee, particularly those representing tech-heavy Bay Area districts, voted against the majority of their colleagues over the past two days on five antitrust bills that seek to rein in the market power of Amazon, Apple, Facebook and Google.

Speaker Nancy Pelosi (D-Calif.) on Thursday said the House will not vote on a bipartisan infrastructure deal until the Senate also passes a larger package of Democratic priorities that can evade a GOP filibuster. Pelosi's remarks are meant to assuage progressives nervous that the bipartisan deal could negate efforts to...

The three chief negotiators on a police reform package announced Thursday they had reached a bipartisan agreement on the issue. “After months of working in good faith, we have reached an agreement on a framework addressing the major issues for bipartisan police reform,” Rep. Karen Bass (D-Calif.), Sen. Tim Scott (R-S.C.) and Sen. Cory Booker (D-N.J) said in a joint statement Thursday afternoon.

Bill Clinton: 'Preserving democracy' is worth getting rid of filibuster

Former President Clinton says that "preserving democracy" is worth suspending the legislative filibuster in the Senate. The filibuster, the ex-commander in chief argued during a Wednesday appearance alongside James Patterson on NBC's "Late Night," is "being used to try to prevent a repeat of 2020, when we had enormous voter participation."

A group of former President Trump 's allies urged a federal judge on Thursday to throw out a trio of Dominion Voting's defamation suits over false claims of election fraud. District Court Judge Carl Nichols appeared skeptical as he heard from attorneys for Rudy Giuliani , Sidney Powell and MyPillow CEO Michael Lindell, who are all asking the court to dismiss the lawsuits from the voting systems company.

Senate Minority Leader Mitch McConnell (R-Ky.) on Thursday afternoon slammed President Biden for “caving” to his left flank after the president endorsed a bipartisan $579 billion, five-year infrastructure framework and then threatened to veto it if it’s not accompanied by a much larger reconciliation package. “Less than two hours after...

The House on Thursday passed a bill to repeal a rule meant to clarify who bears responsibility for loans issued through arrangements between banks and non-bank lenders. Lawmakers voted 218-210 to pass a Congressional Review Act (CRA) resolution revoking the Office of the Comptroller of the Currency's (OCC) “true lender” rule with only one Republican voting with 217 Democrats.

Business groups applauded the bipartisan infrastructure deal announced by President Biden on Thursday and urged Congress to swiftly pass the proposal. Biden and a bipartisan group of senators reached an agreement that includes $579 billion in new spending on infrastructure projects for a total of $1.2 trillion over eight years.