Posted by
COVID-19 Updates
14 days ago 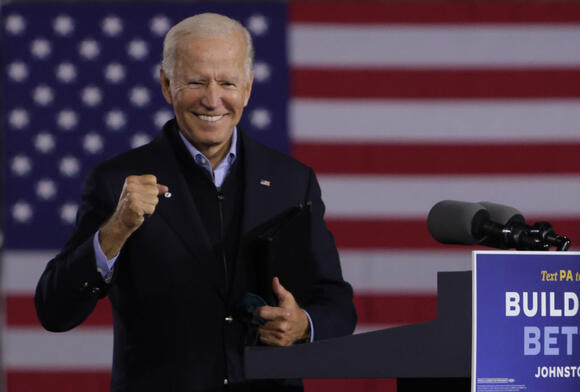 (LONDON) President Joe Biden announced on Thursday that the U.S. will donate 500 million doses of Pfizer-BioNTech’s COVID-19 vaccine to “supercharge” the global fight against the pandemic, The Hill reports.

Speaking in England ahead of the meeting of the Group of 7 wealthy democracies, Biden made the formal pledge of the global vaccine campaign while standing next to Pfizer’s CEO Albert Bourla.

"We're taking a major step that will supercharge the global fight against this pandemic," the president said. "Our vaccine donations don't include pressure for favors or potential concessions. We're doing this to save lives, to end this pandemic. That's it. Period."

“This is about our responsibility, our humanitarian obligation, to save as many lives as we can,” Biden added. “When we see people hurting and suffering anywhere around the world, we seek to help any way we can.”

Leaders of the G7 will start meeting in England on Friday to announce a broader global vaccination strategy to contain the pandemic.

The first 200 million doses will begin shipping in August, followed by 300 million by next June, Biden and Bourla said. The doses will be distributed through COVAX, the global vaccine-sharing initiative, to 92 lower-income countries.

The move comes as wealthy nations with robust vaccine supply have quickly moved toward inoculating a majority of their population, while much of the world, particularly Africa, lags far behind, fueling fears that more deadly waves could lead to new virus variants.

The donation marks the largest pledge from a country, but it would only fully inoculate about 3% of the world’s population. The U.S. will pay $1.5 billion for the Pfizer-BioNTech shots, or $3 per dose, which Pfizer described as a “not for profit” price, as it’s much less than the $20 for domestic use.

McCain, an Arizona businesswoman, was married to the late Republican Sen. John McCain.

President Joe Biden is nominating Cindy McCain to be the U.S. representative to the United Nations Agencies for Food and Agriculture, one of 17 nominations announced Wednesday that included major diplomatic and arts assignments. McCain, the widow of Arizona Sen. John McCain, broke with Republicans and endorsed Biden for president,...

WASHINGTON, June 24 (Reuters) - U.S. President Joe Biden on Thursday said a deal had been reached on an infrastructure spending plan as he emerged from a meeting with a bipartisan group of senators. "We have a deal," he told reporters at the White House after meeting with members from...

(CNN) — The two top officials in Afghanistan are meeting Friday with President Joe Biden at a moment when much of their country is in danger of being swallowed up by the Taliban. The meeting with Afghan President Ashraf Ghani and Chief Executive, Dr. Abdullah Abdullah, comes after a report...

President Joe Biden is set to highlight the importance of getting vaccinated against Covid-19 and kick off a community canvassing event during a speech in Raleigh, North Carolina, on Thursday afternoon, as his administration continues its push to get American vaccinated against the virus.

Trump and the Republicans deserve credit for the coronavirus vaccine

President Joe Biden and Vice President Kamala Harris are visiting a handful of states this month to try to rewrite their record on the COVID-19 vaccine. Instead of playing politics like she did last week, Harris should have visited the southern border and addressed the crisis that she and Biden created. Since being made border crisis manager over 90 days ago, Harris has refused to take responsibility for Biden’s failed immigration policies, and her handling of this humanitarian crisis has become an unmitigated disaster.

Tracy Stone-Manning, President Biden's nominee to lead the Bureau of Land Management (BLM), argued in her graduate thesis that Americans need to engage in population control to protect the environment. Stone-Manning has already come under fire in recent weeks for her connection to a tree spiking incident – an ecoterrorism...

Former President Donald Trump labeled the Michigan state Senate’s election investigation that confirmed President Joe Biden’s victory a “cover up" Thursday. Trump, who acknowledged Monday that he hasn’t conceded the November race, ridiculed the state Senate Oversight Committee's investigation, the results of which were announced a day before. He called...

Britain shows Biden how to deal with Russian aggression

The British government remains far too comfortable with the presence of Russian illicit finance on its soil. However, on Wednesday, Britain educated the Biden administration on how to deal with Russian aggression. The lesson came via the Royal Navy's deployment of its Type-45 air defense destroyer, the HMS Defender, within...

The Biden administration is conceding that they will miss President Joe Biden's target to partially vaccinate 70 percent of American adults by July 4th. The president's goal was ambitious, but the administration expects to meet it in a few weeks.

COVID-19 vaccination rate has dropped off sharply over the past month even as shots have become more available, putting the 70% goal out of reach.

The United States will fall short of President Joe Biden's goal of having 70 percent of American adults at least partially vaccinated from COVID-19 ahead of the July 4 holiday—a miss attributed primarily to hesitancy among younger people who are less likely to experience severe effects from the disease if they catch it.

America is ready to return to normal. Biden’s CDC chief isn’t so sure.

The CDC faces its biggest test yet: loosening its public safety guidance as the pandemic recedes, while simultaneously trying to prevent infection rates from spiking.

Biden said he didn’t expect the emerging Delta variant to force another lockdown, but added that some places “will be very hurt.”

Ingraham: The American people and red state govs, not Biden, Fauci, led US out of COVID lockdown gloom

In her "Ingraham Angle" on Monday, host Laura Ingraham pointed out that there are increasingly more about-faces on the part of the government in recent weeks when it comes to retraction of coronavirus-induced socioeconomic lockdowns and the like. Ingraham said that although President Joe Biden announced that a 4th of...

Social media users are using an altered photo from 2020 to claim Biden was asleep during the G-7 summit.

Sixteen states have already hit President Joe Biden’s goal of vaccinating 70% of American adults with at least one dose of a Covid-19 vaccine by July 4, though the country overall remains off pace. Key Facts. Biden first set Independence Day as a date for the U.S. to return to...