Man, woman and child shot to death at Florida Publix 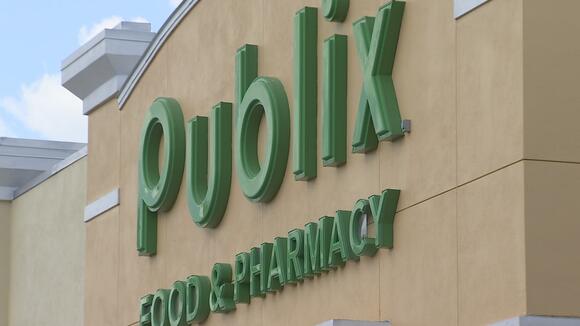 Deputies said the shooting happened at the store on Royal Palm Beach Boulevard.

“The shooter is one of the deceased,” the Sheriff’s Office said in a social media post. “This is not an active shooter situation.”

Detectives continue to investigate the circumstances surrounding the shooting.

Check back for updates on this developing story, and click here to download WFTV’s free news and weather apps for your mobile device and smart TV.

See a map of the store below:

Some agencies want out of the Osceola County Investigative Bureau. Here’s why

OSCEOLA COUNTY, Fla. — Eight months ago, Channel 9 told you that the Osceola County Investigative Bureau was back working to stop drug dealers and human traffickers. It’s made up of members from the Osceola County Sheriff’s Office, Kissimmee police, St. Cloud police, Florida Highway Patrol and the Florida Department of Law Enforcement.

PENSACOLA, Fla. — Human remains discovered Saturday by Boy Scouts underneath a Pensacola, Florida, building have prompted an investigation. The scouts, who were conducting a cleanup as part of an Eagle Scout project, found the remains under an East La Rua Street structure, the Pensacola Police Department stated in a news release.

ORLANDO, Fla. — A portion of an Orlando road reopened Tuesday afternoon after it was blocked due to a spill of non-fertilized human waste. Orlando police said the spill happened on Conroy Road at President Barack Obama Parkway. READ: Child Tax Credit: Could you end up having to repay some...

Florida bartender uses fake receipt to save woman from harassment

ST. PETERSBURG, Fla. — A Florida woman thanked a bartender on social media last week for helping her avoid a potentially awkward situation. Max Gutierrez, who works at the No Vacancy bar and restaurant in St. Petersburg, used a note disguised as a receipt on June 13 to protect the two women from harassment, the woman told the Tampa Bay Times.

HOUSTON — A Houston constable rescued a kitten that was thrown onto a freeway, authorities said in a social media post. According to a Facebook post by Harris County Precinct 4 Constable Mark Herman, a driver threw the kitten onto the main lanes near the North Sam Houston Parkway and the Beltway, KPRC reported.

ORLANDO, Fla. — After five years, Florida finally mandates alarms for daycare vans. In 2017, 3-year old Myles Hill was left in a daycare van for almost 12 hours. By the time anyone at the Orlando area daycare facility noticed he was missing, he had passed away. In the wake of his death, Orlando lawmakers began pushing for changes, requiring an alarm system be installed in vans to force drivers to check for kids after they park.

BARNEGAT, N.J. — (AP) — A golden retriever who had been missing for two weeks was rescued Tuesday from a bay in New Jersey. Authorities say that New Jersey State Police troopers Ryan Koehler and Vincent Ferdinandi, of Point Pleasant Station, responded to the report of a dog swimming in Barnegat Bay and were able to bring the 3-year-old named Chunk safely ashore.

IOWA CITY, Iowa — (AP) — A Chicago man robbed two Iowa gas station employees at gunpoint and confined them in a cooler before he fired 10 shots at a sheriff's deputy who responded to the crime, seriously wounding him, prosecutors said Tuesday. The shots fired by Stanley Donahue injured...

ORANGE COUNTY, Fla. — The Drug Enforcement Administration has officially denied a Central Florida church’s petition for a religious exemption, which would have allowed them to continue providing a Schedule I drug for religious purposes, legally. 9 Investigates has been looking into the Soul Quest Church for five years, and...

ORLANDO, Fla. — Nayim Carter’s mother describes a happy and energetic toddler who loved “SpongeBob SquarePants” and “PJ Masks.”. She said the toddler loved to dance and dole out hugs and kisses. “He had his whole life ahead of him,” his mother, Amina Muhammad, said. READ: Viral video from toddler’s...

DENVER — (AP) — A police officer who was one of three people killed in a shooting at a suburban Denver shopping district was ambushed by a suspect who previously expressed hatred toward police, authorities said Tuesday. Arvada Police Officer Gordon Beesley “was targeted because he was wearing an Arvada...