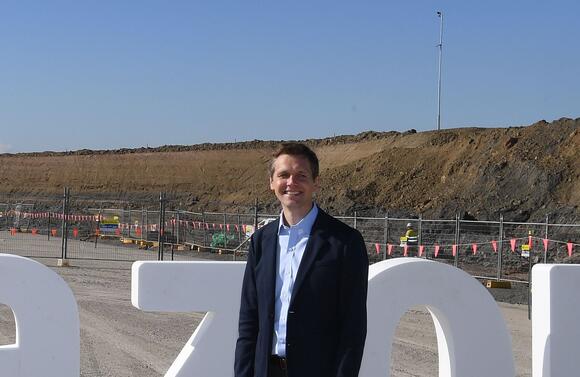 GameStop has appointed two former Amazon execs, Matt Furlong as CEO and Mike Recupero as CFO, in a move that “reflects the refreshed Board’s focus on building a technology company and investing in growth .”

Furlong, who will start June 21, will replace George Sherman, who was announced to be stepping down in April. Recupero starts July 12 and will replace Jim Bell who stepped down in March.

Furlong is a veteran e-commerce leader and spent nine years at Amazon. Most recently, he was a Country Leader and oversaw Amazon’s Australia. Furlong began his career at Procter & Gamble, where he was an executive focused on brand, marketing and sales strategies, according to a statement.

Recupero spent more than 17 years at Amazon and most recently served as CFO of the North American Consumer business after serving as CFO of Prime Video.

GameStop, which continues to make the news following the latest reddit-fueled market frenzy, also released its first quarter earnings yesterday. The company beat revenue estimates, with reported revenue of to $1.277 billion, compared to the Seeking Alpha estimates of $1.16 billion. The figure also represents a 25.1% increase compared to $1.021 billion in the fiscal 2020 first quarter, according to the earnings release.

The company also said in the earnings release that it intends to file a prospectus with the Securities and Exchange Commission to sell up to 5 million shares of its common stock, “from time to time, in “at-the-market” offerings.”

GameStop reshuffled its board recently, notably appointing Chewy co-founder Ryan Cohen in March, to chair a newly-formed committee to “further accelerate the company’s transformation” and lead its customer care and e-commerce fulfillment functions, the company said in an earlier statement.

How Much Is Amazon Worth?

Amazon has come a long way since its early days. But what is its current status and worth? Find out to see if this is a company you should invest in.

BETHESDA, Maryland — Lockheed Martin (NYSE: LMT) says CFO Kenneth Possenriede has decided to retire immediately due to personal reasons. “Over the past 14 months, Ken has been an integral part of my successful transition as Lockheed Martin CEO,” James Taiclet, chairman, president, and CEO of Lockheed Martin, said. “We thank Ken for his many contributions during his three plus decades of service to the company and wish him the best in his retirement.”

Less than a month after announcing a new CEO, Instacart is getting a new president, with both coming over from Facebook. Instacart on Wednesday said Carolyn Everson will start at the company as president on Sept. 7, taking over from Nilam Ganenthiran, who will become strategic advisor to the CEO, a newly created position. Both will report directly to CEO Fidji Simo, a former Facebook executive who succeeded Instacart founder Apoorva Mehta as chief executive effective Aug. 2.

Chandra Holt, seen as a rising star at Walmart since 2015, is leaving the retail giant to take over as the next CEO and president of Conn’s beginning Aug. 9. She will succeed Norm Miller who is transitioning to executive chairman. Holt will also hold a board seat bringing the...

She will replace Norm Miller, who served as the CEO and president of Conn's since September 2015. Miller was also appointed chairman of the board in May 2016, and his next role will be executive chairman.

Kalamazoo-based construction company CSM Group welcomed Stuart Mason, formerly with Arcadis and AECOM, as its new CEO. For over 30 years, Mason led projects with firms like GE, Diageo, BMW, Unilever, Siemens, Lego, Lindt and Nestlé. “In my decades of both designing and engineering complex facilities projects, I have come...

Headsweats announced the hiring of industry veteran, Jim Heese, as chief executive officer. In this role, Heese will provide strategic development and direction to its sales and marketing teams including factory production, product development and brand positioning. He will be based in its Boulder, CO headquarters. “Jim is an incredibly...

Melamud joins following the commercialisation of DouxMatok’s sugar reduction solution, Incredo Sugar, in the US and successful launch of a limited-edition product, Incredo Spreads. As a seasoned executive, Melamud will utilise his expertise to drive global expansion, sales, and lead fundraising efforts to scale up the organisation and oversee continued...

Zocdoc, a digital platform connecting patients with both physical and virtual care services, welcomed Edward Liu as its new CFO, the company said Aug. 2. Mr. Liu joins Zocdoc from Morgan Stanley, where he spent more than 20 years providing counsel to C-Suite executives and board members on financial strategies and decision-making. At Morgan Stanley, Mr. Liu advised clients on hundreds of transactions for internet software companies including Red Hat, which sold to IBM for $35 billion.

LONDON, Aug 2 (Reuters) - Essar Oil UK Limited, operator of Britain's Stanlow oil refinery, said on Monday it had appointed Deepak Maheshwari as its chief executive officer. Maheshwari succeeds Stein Ivar Bye who left the company in April this year due to personal reasons, shortly after joining in October 2020, a spokesperson for the company said.

English wine producer Chapel Down has appointed Chase Distillery’s Managing Director Andrew Carter as its next Chief Executive. He will take on the role in September, replacing Frazer Thompson who has led the business for 20 years. Thompson, who will remain as both a substantial shareholder and advisor, stated that he was stepping aside as CEO so the company could introduce some “fresh energy and leadership” to the business.

Royal Norwich, one of the region’s leading golf and hospitality venues, is delighted to announce the appointment of James Stanley as its new Chief Executive Officer. James, who is joining the team full-time in the autumn, has over 20 years’ experience of working in the hospitality, events and consumer experience sectors. Formerly he was the UK Managing Director of the Sports & Leisure division of Sodexo working with sporting venues and clubs and major events bodies including Royal Ascot, Chelsea Flower Show and the Open Championship.

RentPath (www.rentpath.com), a Redfin company, announced today the appointment of Jon Ziglar as Chief Executive Officer effective August 16th. Ziglar comes to RentPath from ParkMobile, where he has been CEO and a board director since 2015. Ziglar has significant experience driving corporate strategy, sales and technology innovation to deliver growth in rapidly evolving industries. During his tenure at ParkMobile, the business grew its customer base over 800% while expanding its products beyond on-street parking to include event and airport reservations, electric vehicle charging and toll payments. Ziglar's experience running a marketplace that connects millions of consumers with enterprise customers is particularly relevant to RentPath, whose core business is connecting people looking for long-term home rentals with property owners and managers looking for prospective tenants.

PARIS — SMCP, the owner of fashion chains including Sandro, Maje and Claudie Pierlot, has named Isabelle Guichot as chief executive officer and director, effective immediately. Her appointment follows the resignation of Daniel Lalonde, who led the group for eight years, overseeing its acquisition in 2016 by Chinese textile group...

D4T4 stated the acquisition was part of its investment in specialist resources to capitalise on market opportunities for both its Celebrus customer data and fraud data platforms. The AIM-listed firm said the total consideration will comprise an initial consideration of £250,000, satisfied by £200,000 in cash, the allotment of 13,897...

Get inside Wall Street with StreetInsider Premium. Claim your 1-week free trial here. DZS (NASDAQ: DZSI), a global leader in optical and packet-based mobile transport, broadband connectivity, and software defined networking solutions, today announced the appointment of Misty Kawecki as Chief Financial Officer, effective immediately. Ms. Kawecki brings over 24 years of progressive finance and accounting experience at Big 4 accounting firms and public, private and private equity-owned companies to the role and will serve as a strategic advisor to CEO Charlie Vogt and the Board of Directors. She succeeds Tom Cancro, who served as CFO since 2019.

Providence, RI—United Natural Foods, Inc. (UNFI) announced that J. Alexander (Sandy) Miller Douglas will take over as Chief Executive Officer and serve as a member of its Board of Directors effective August 9, 2021. Douglas will replace Steven Spinner, who is retiring from his position as CEO and Board member but will continue to provide management and Board advisory services through a transition period for up to one year after his August 9 retirement.