Posted by
Angela Kervorkian-Wattle
5 days ago 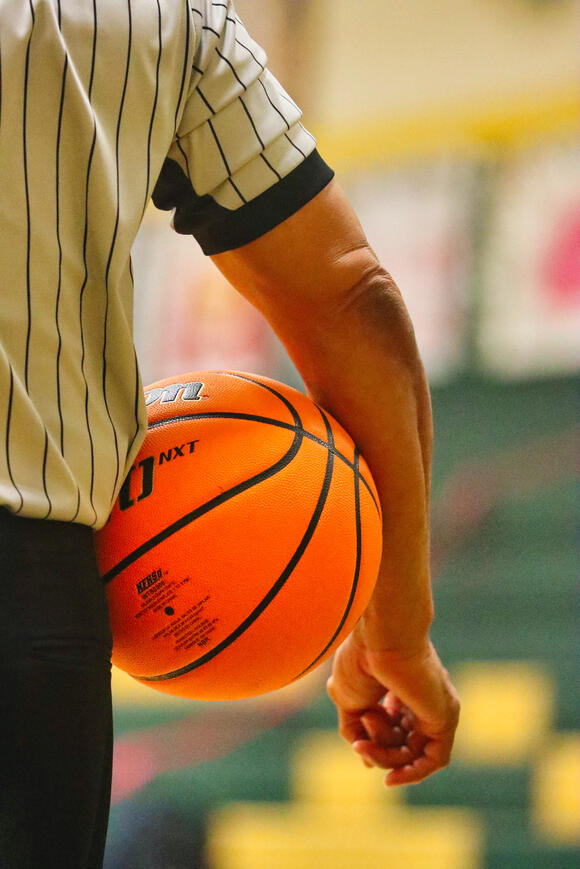 Gene Gallin/Unsplash
CLEVELAND — On June 9, The Charge NBA G League team announced that they will begin playing home games in downtown Cleveland at Cleveland State University’s Wolstein Center in the 2021-22 season, which is expected to kick off in early November.

The team’s move to the Wolstein Center concludes a 10-year, nine-season stay at the Canton Memorial Civic Center, which served as the team’s first home venue after being acquired by the Cleveland Cavaliers organization.

“We want to thank Mayor Bernabei, the City of Canton and our Charge fans and partners for a decade of excitement at the Civic Center,” said Rock Entertainment Group CEO Len Komoroski. “When we acquired the franchise and relocated it here to Northeast Ohio, our goal was to create the best operation and experience in the G-League, both on the court and off. We’ve had success working towards both those goals and that remains our commitment and focus.”

The move to CSU ushers in a new era of Charge basketball in downtown Cleveland, accompanied by the development of a longer-term vision and partnership with CSU that can align with the evolution of their future venue plans as well.

The Charge’s move continues a trend in the G League of teams operating much closer to their NBA franchise home venues and training centers.

CLEVELAND — The Greater Cleveland Sports Commission announced on May 6, 2021, that the Rocket Mortgage FieldHouse and the Huntington Convention Center will be hosting the upcoming Dru Joyce Classic Basketball Tournament. This event is expected to bring athletes and coaches from across the country to participate in a three-day basketball competition from June 25-27. “The year 2020 will go down in infamy, but we are excited about continuing our partnership with Greater Cleveland Sports Commission and the Cleveland Cavaliers to bring Dru Joyce Classic to new venues in the heart of Downtown Cleveland,” said Dru Joyce, Tournament Director, NEOBasketball Association.

CLEVELAND, OH — Catelyn Cook has made history as she became the youngest student to graduate with a law degree from Cleveland State University’s Cleveland-Marshall College of Law. She’s 20 this year.

COLUMBUS, Ohio – The Ohio State football program will welcome campers back to Columbus this summer, starting in June, for a series of single-day camps. All of the camps will be held at the Woody Hayes Athletic Center with instruction exclusively by Ohio State football staff members. No outside staff will be permitted due to COVID-19 university guidelines.

Before he heads toward his next baseball endeavor, whether it's to college at Ohio State or to the professional ranks, Alliance High senior pitching ace Gavin Bruni had a vision of helping Alliance enjoy a prosperous 2021 season. "I wanted to help us have a postseason run," he said. Unfortunately...

While it may be the offseason for some of Buckeye fans' favorite Ohio State sports, others are still competing for championships as the school years comes to a close. Competing and winning. Over the weekend, the Scarlet and Gray women's track and feel team capture its second straight Big Ten...

The Ohio State men’s tennis team lost 4-1 to seventh-seeded TCU in a round of 16 NCAA tournament match in Orlando, Florida, on Monday. The Buckeyes (22-4), who were unseeded because they played almost exclusively conference opponents in their pandemic-limited schedule, won only at No. 1 singles. John McNally defeated Alistair Gray 6-4, 6-0 in his match.

FINAL RESULTS (PDF) ORLANDO, Fla. – Ohio State dropped the doubles point and wasn’t able to recover in singles as the Buckeyes season ended in the NCAA round of 16 on Monday with a 4-1 defeat to No. 7 TCU. In a year that started without even the assurance that...

The structure head coach Ryan Day has built for Ohio State quarterbacks isn’t accidental. Not in the least bit. . He wants the Buckeyes to produce top-end NFL quarterbacks better than anybody else. So he's installed an offense similar to that which they’ll see in the pros. Justin Fields, the Chicago Bears’ 11th overall draft pick, spent the past weekend at rookie minicamp learning about the system he’s being asked to run. To him, at least thus far, it hasn't been much of a transition at all.

While Ohio State is tied with Notre Dame for the most Heisman Trophy winners with seven, it was in 2006 that a Buckeye last took home the most prestigious individual award in college football. And although the Scarlet and Gray have had multiple finalists in the last 15 years, no Ohio State player has done enough to receive enough votes to bring another bronze statue back to the Woody Hayes Athletic Center.