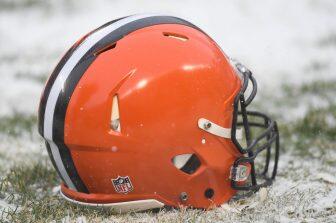 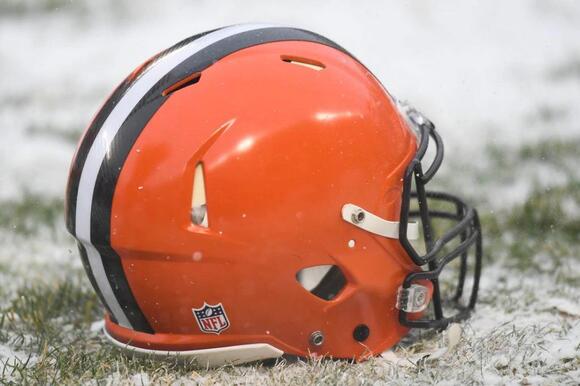 The Cleveland Browns suspended chief of staff Callie Brownson after she was charged with drunken driving.

Browns coach Kevin Stefanski confirmed the suspension Wednesday but did not specify its duration. He said Brownson would not be fired.

“She’s extremely remorseful. I’ve spoken to her many times and she’ll learn from this,” Stefanski said, per the NFL Network. “I’m disappointed, she’s disappointed.” 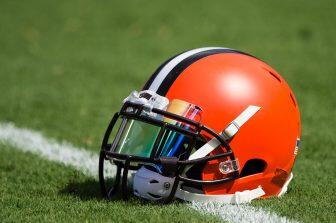 She pleaded no contest on Tuesday in Brunswick’s Mayor’s Court to a charge of operating a vehicle under the influence. She paid $780 in court costs and fines, had her license suspended and must attend a driver intervention program, according to Cleveland.com.

Brownson, 31, is entering her second season with the Browns. She made history last season as the first woman to coach an NFL position group during a regular season game when she filled in for tight ends coach Drew Petzing against the Jacksonville Jaguars on Nov. 29.

With free agency mostly over and done with and the draft come and gone, we can really begin to preview the 2021 NFL season. Here at CBSSports.com, we have been ranking the top 10 players at each position group on both sides of the ball over the past couple of weeks, so it's only right we take another step back and rank all 32 rosters in terms of talent.

Cleveland Browns quarterback Baker Mayfield and his wife Emily celebrated their two-year wedding anniversary on July 6. Emily took to Instagram to post throwback photos from the couple’s wedding held in Malibu, California. She also wrote a message to Baker which said:. “I cannot believe it’s been 2 years! We’ve...

Are the Cleveland Browns pretenders or contenders? Now that their 2021 schedule is out, let's go through each game and see how they're likely to fare.

NFL legend Marshawn Lynch on Cleveland Browns RB Nick Chubb: 'I like the way he run that thing'

Former UGA football star Nick Chubb is all over the news recently. Last week, the Cleveland Browns running back made the social media rounds because of the insane amount of weight he works out with…. And on Wednesday, Chubb was one of the first NFL players to receive their Madden...

Pro Football Focus predicted their list of 2021 Cleveland Browns starters, and their was one slight surprise at linebacker, with the analytics based site forecasting that second-round pick Jeremiah Owusu-Koramoah will be in the starting lineup. PFF listed Anthony Walker as the other starter, with the Browns playing a 4-2-5...

The Los Angeles Rams find themselves in need of a running back after Cam Akers suffered a torn Achilles earlier this week. Although the organization plans to move forward with in-house options, many around the league believe they’ll pursue a trade or a free agent before Week 1 of the regular season.

Could Saints call Browns about a WR trade?

The Cleveland Browns are preparing to open their training camp with the hope that they can stay healthy and compete for a Super Bowl in 2021. The New Orleans Saints haven’t reported to camp yet either but already got some bad news that star receiver Michael Thomas will likely miss games this year.

Yet, for the Cleveland Browns starting running back, a 420-pound hang clean is just another day at the office. Opposing NFL defenses have become all too familiar with Chubb over the last couple seasons. With three consecutive top-ten rushing yard campaigns, defenses know what’s coming when number 24 is lined...

4 Cleveland Browns who could compete in the Olympics

BEREA, Ohio -- The Browns are set to welcome fans back to Berea for the first time in over a year. The team announced their 2021 Training Camp Schedule today. The Browns will feature 12 open practices in Berea this year, and one at First Energy Stadium. The “Orange and Brown” scrimmage will take place Sunday, August 8th at 12:00 PM. Gates will open at 11:00 AM.

MIAMI GARDENS, FLORIDA - NOVEMBER 15: Xavien Howard #25 of the Miami Dolphins in action against the Los Angeles Chargers at Hard Rock Stadium on November 15, 2020 in Miami Gardens, Florida. (Photo by Mark Brown/Getty Images) Xavien Howard is apparently ready for a change of scenery and the Cleveland...

Get ready for the 2021 Cleveland Browns season with tickets, new gear, a streaming setup and some fantasy football guidance. We’re just under 50 days from the NFL returning. The Cleveland Browns have lofty expectations and a roster to back it up. We fans are chomping at the bit to...

Greg Newsome II can officially call himself a member of the Cleveland Browns. On Saturday, the organization announced that Newsome has signed his rookie contract. He was the No. 26 overall selection in the 2021 NFL Draft. Newsome’s recently-signed contract is a four-year deal worth $12.748 million, including a $6.631...

Cleveland Browns: Churning the bottom of the roster

Cleveland Browns: Will David Njoku or Harrison Bryant be TE2?

CLEVELAND, OH - SEPTEMBER 8: David Njoku #85 of the Cleveland Browns celebrates with Baker Mayfield #6 and Damion Ratley #18 after scoring a touchdown during the third quarter of the game against the Tennessee Titans at FirstEnergy Stadium on September 8, 2019 in Cleveland, Ohio. Tennessee defeated Cleveland 43-13. (Photo by Kirk Irwin/Getty Images)

CLEVELAND, Ohio (WSYX) — The Cleveland Browns have unveiled the team's new 75th anniversary uniform, which will serve as a tribute to the franchise's history. The uniforms borrow elements from different eras of the team. The 75th anniversary jersey features a white top with brown numbers shadowboxed with an orange...