Woman attacked by alligator is recovering at Tampa hospital 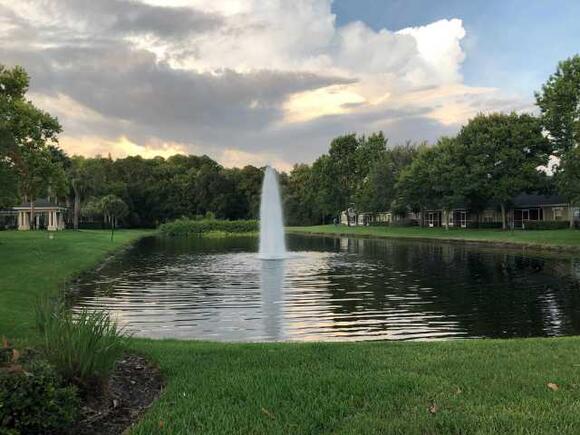 The woman attacked by an alligator in Palm Harbor is recovering at a hospital in Tampa.

The attack happened by a retention pond on Pine Ridge Blvd. in Palm Harbor.

RELATED: Woman bitten by alligator while walking her dog near pond in Palm Harbor, FWC says

FWC officials identified the woman as 43-year-old Jessica Earle. Hospital officials said she remains hospitalized but is expected to recover.

The victim was walking a dog on a leash when the attack happened around 6 p.m. on Tuesday.

"Anything under a German Shepherd, those guys want to eat. Alligators like their prey items small. They like to be able to grab and crush that food and kill it right away so it doesn't fight back and hurt them so raccoons, possums, otters, fish, birds," said Dan Costell, ZooTampa's associate curator of reptiles and aquatics.

FWC contracted a nuisance alligator trapper to remove the 7-foot gator after Tuesday's attack. State wildlife officials said once the gator is removed, it becomes the property of the trapper. The gator was likely processed for its hide and meat.

FWC officials said relocating an alligator is usually not an option, the gator will likely return to the area where it was captured.

Wildlife experts said alligators live throughout Florida in lakes, rivers, ponds, wetlands and other bodies of water. Experts said make sure pets are on a leash and a safe distance away from the water's edge. Also, people should swim only during the day and in designated areas, but pets should never swim.

Warm spring weather means alligators are more active and more visible, the Florida Fish and Wildlife Conservation Commission says. Courtship begins in April then mating happens in May or June, according to FWC.

"The males are traveling to try and find females. Some males are being pushed out of their homes by other males and have to go find other homes so we're in the middle of mating season right now," said Costell.

"I think the alligator was going after the dog yesterday and missed. They're not 100% predators where they catch their prey 100% of the time, they go after it."

For more information on co-existing with alligators visit: https://myfwc.com/conservation/you-conserve/wildlife/gators/ .

After breaking the record for the most COVID-19 cases in a single day, Florida has broken its previous record for the number of hospitalizations, with 10,389 people in the hospital, according to the latest numbers from Florida Hospital Association.

PALM HARBOR, FLA.- — The Florida Fish and Wildlife Conservation Commission received a report regarding two injured deer in a Palm Harbor neighborhood on Thursday. State wildlife officers responded to the Lansbrook Community in Palm Harbor on Thursday, July 29. Neighbors took photos of the deer injured by a bow...

As Florida continues to find itself in the crosshairs of a COVID-19 delta variant surge, ABC Action News wanted to increase our transparency and show you how we gather and report the data every day.

Florida is seeing record-breaking numbers of people hospitalized with COVID-19.

There’s now a new demand for COVID-19 testing as cases keep surging across Florida. Doctors are encouraging everyone, regardless of vaccination status, to get tested if they're feeling sick.

The next time you're headed to the drug store for a birthday card or prescription, you could also see a therapist at CVS, which now offers in person or virtual appointments with a licensed social worker.

Florida Gov. Ron DeSantis refuses to back down on mask mandates for anyone in the state, even as Florida again broke its record for COVID-19 hospitalizations and the White House pushed for changes.

A day after it recorded the newest daily cases since the start of the pandemic, Florida on Sunday broke a previous record for current hospitalizations set more than a year ago before vaccines were available.

Authorities in St. Pete are searching for an "armed and dangerous" man they say shot and killed a 27-year-old woman in front of her two young children on Saturday. Police said he is also linked to several open homicide investigations.

Full Circle: Working from home or office in the future?

It's a Good Morning to be in Dade City

A block down the street sits a charred and hallowed out shell of a truck so vital to their operation. They used it to transport food and supplies to their second location in temple Terrace. Wednesday, it went up in flames.

A woman was found shot and killed in a vehicle near Woodlawn Memorial Gardens in St Petersburg.

Judges have signed final orders in 4,700 eviction cases. Those orders could be served in the weeks after the moratorium expires leaving tenants 48 hours to get out.

Ollie couldn’t wait to get back in Stephen Foster’s arms and overload him with her slobbery kisses.

High levels of red tide continue to cause problems for Sarasota County beaches along with dead fish washing ashore.

Saving during Florida's Back to School Sales Tax holiday