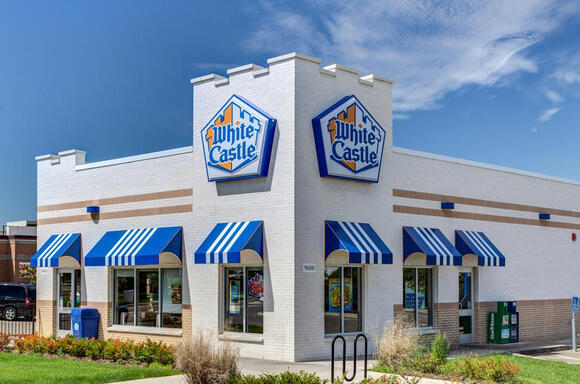 White Castle, whose previous starting wage weighed in at $11.50 an hour, announced that its Columbus-area restaurants are now raising this amount to a hefty 15 dollars. The move is welcomed by new and veteran staff alike. However, this is not the first area to have such generous wages for lower-tier jobs such as this one. While it’s hard to deny the positive retention and boost in mood this offers White Castle’s employees, I find myself feeling angry at the increase in money.

For nearly two years, I have worked a summer job at a grocery store, being a cashier. It’s my job to be nice and friendly to people, helping everyone get what they have been pulling off the aisles and addressing their needs.

However, when I first started work, I was paid in my state’s minimum wage to be a “courtesy clerk”, running around and doing all kinds of errands for menial pay. Now, at the new store as a cashier, things are different. Often, I find myself doing things I normally wouldn’t have to because of a distinct lack of employees, and my state has long since removed the hazard pay once beneficial to front-line workers like myself.

It was not until almost a year of work that my wage was raised a considerable amount – to be even remotely close to that of the wage the White Castle employees once had. I often tell my younger workers that they should consider themselves lucky – I wasn’t able to enjoy that type of amount in previous summers where I worked and earned less.

Obviously, as already noted, this wage boost will make things better for the workers in the delicate balance between company and employees. It’s still baffling, however, that more places are not instating this type of change. The unskilled labor force has long pulled the weight of those above it, and most will continue to never see recognition. If anything, I remain angry knowing some places may never acknowledge the positive benefits this move can bring.

Ohio Vax-a-Million Lottery: Incentive for Residents to get Vaccinated

As an incentive for residents to get vaccinated, Gov. Mike Dewine has announced that Ohioans who get the Covid-19 vaccine are eligible to win a million dollars or a college scholarship. If that won’t encourage people to get vaccinated, then nothing will!

Governor Mike DeWine recently announced a new contest called the “Vax-a-Million,” a lottery based incentive to urge people to get their COVID-10 vaccine. Over the course of five weeks, five total winners will be drawn by the state who will be rewarded with $1 million once they prove that they have been fully vaccinated.

COLUMBUS, Ohio (WSYX) — Starting this Wednesday, Donatos announced it is holding weekly hiring events as locations are in need of more workers. The company is offering job seekers a free large 1-topping pizza along with open interviews Wednesdays from 2 to 5 p.m. "Join us for pizza, then join...

Bottoms up! Columbus ranks among top beer cities in U.S.

Columbus is one of the top cities in the U.S. for beer enthusiasts, according to a new study. The capital ranks No. 15 among beer cities, according to a study published by Real Estate Witch, a real estate advice website. Researchers looked at the 50 most populous metro areas in the U.S. and evaluated each city across four metrics:

TOLEDO, Ohio (WTVG) - Ohio is giving employers a new tool to nudge apprehensive workers back on the job. Governor Mike DeWine announced Monday that a reporting mechanism had been added to the Ohio Means Jobs website for workers that refuse to return to work. At the start of the...

The pandemic has been a struggle for parents, and the American Rescue Plan includes some game-changing elements that will massively help Ohio families weather this challenging financial time. To help families navigate the uncertainties of the global health crisis and economic recession, Democrats in Congress recently passed and President Biden...

Ohio paid more than $2.1B in unemployment fraud, overpayments since March 2020

CINCINNATI (FOX19) - More than $2.1 billion in fraudulent unemployment claims and overpayments was paid out by the Ohio Department of Job and Family Services since March 2020. Fraud claims made up $462 million, while overpayments totaled $1.6 billion, ODJFS announced Monday. $1.5 billion was borrowed from the government after...

COLUMBUS, Ohio (WSYX) — Gas prices saw an increase in Central Ohio Monday as summer travel season nears. GasBuddy reports prices increased by 8.7 cents per gallon in the past week to an average of $2.88 per gallon in Columbus. This is is nearly 21 cents higher than a month ago and a dollar per gallon higher than this time a year ago.

COLUMBUS, Ohio (AP) — With the first drawing for Ohio’s Vax-a-Million lottery system scheduled for May 26, state officials announced a change to the process Monday that will require participants to opt-in. The lottery system unveiled by Republican Gov. Mike DeWine last week will begin next Wednesday and continue for five weeks, offering residents a $1 million prize or a full-ride scholarship to a four-year university in the state.

To mask or not to mask? Breaking down Ohio's mask mandate

COLUMBUS, Ohio (WSYX) — The state of Ohio is now following the CDC and lifting its mask mandate for vaccinated people in most indoor places. However, when June 2 comes, all health orders in Ohio will be lifted, meaning wearing a mask will be voluntary, vaccinated or not. Many still don’t know when or where they can ditch their mask.

(The Center Square) – Ohio’s push to increase the number of COVID-19 vaccine doses administered gained more momentum when Gov. Mike DeWine signed into a law a bill that expands the types of health care providers able to test for the disease and administer the vaccine. House Bill 6 brings...

COLUMBUS, Ohio—Ohio’s unemployment system has paid out more than $2.1 billion by mistake or because of fraud since the start of the coronavirus crisis, according to Matt Damschroder, interim director of the Ohio Department of Job and Family Services. The data, announced by Damschroder to reporters, shows for the first...

In 2020, the world was forced to make various changes in response to the outbreak of COVID-19. Everything from our jobs, our schooling, and our social lives were experienced from behind a screen to ensure the safety of ourselves and others. On the off chance we do leave the house, it is with the addition of a mask, always six feet away from other people.

COLUMBUS, Ohio — In the nationwide push to get more people vaccinated, Ohio changed the game with the Vax-A-Million initiative. "This past Friday was our highest vaccine administration day in three weeks, since April 23. We had 25,413 shots administered," said ODH Director Stephanie McCloud. In addition to the lottery,...

Will Ohio Ever Require a COVID-19 Vaccination ID?

Every day, more and more people are starting to receive their vaccine. And we all know, that. once you receive your vaccine, it comes with an awkwardly sized card that says so. But there.

With things slowly getting back to normal in the country, we are starting to see changes with the. unemployment benefits. While it varies from state to state, Ohio has decided to start making.