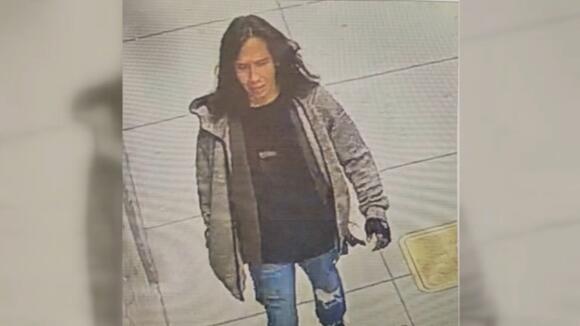 Police have confirmed that a suspect has been arrested in a vicious stabbing of a San Francisco store owner who will lose his left eye after the attack. The attack happened last Wednesday in the Franklin Market on Franklin Street near Bush. RELATED: Surveillance video shows violent stabbing of 2 older Asian women at SF bus stop Seventy-two-year-old Petros Yohannes, who customers call Peter, owns the Franklin Market in San Francisco. While he's usually smiling, pictures taken in the last week show him recovering in a hospital bed. "When I heard that news I broke down and started crying because he's such a good, genuine, kind, decent man and the whole community knows him," says Edward Lubin, who has shopped at Franklin Market for 10 years. While there have been tears, Petros's daughter Katerina says they're trying to remain optimistic, despite the fact that her father doesn't have health insurance and her mother just got diagnosed with breast cancer. Early last Wednesday, someone tried to unsuccessfully break into their corner store. Hours later a man who wanted to use the bathroom came running in, and pushed Petros, who then tried to pull him out of the store but was viciously attacked. EXCLUSIVE: Man recalls brutal stabbing attack in SF as police address increase in violence

An Asian man is talking about his horrifying experience getting stabbed multiple times while walking home from work in San Francisco's Bayview over the weekend. His attack is just one of several in a 48-hour period.

"My dad isn't exactly sure when the weapon was pulled but the only thing he remembers is feeling a sharp sharp pain in his left eye," says Katerina who continued, "There were a lot of blows to his head, he's constantly complaining of these headaches and sharp pains in the front of his head." Katerina confirms her dad was stabbed three times, including once in the left eye and will lose his eye because of that. Petros says the attacker was caught on surveillance camera leaving. EXCLUSIVE: SF mom robbed at gunpoint in own garage with husband asleep, kids in car The suspect has been identified as 30-year-old Donovan Cole Catron. He was arrested after police say he attempted to rob another victim, a 56-year-old man, of his duffel bag on Monday at 3rd and Stevenson streets. One of the officers on the scene saw the crime alert from the June 2 stabbing and recognized Catron from photos. Katerina says San Francisco has changed since her dad emigrated here from East Africa 25 years ago and it is heartbreaking to see. Lubin says he and community members in San Francisco deserve better, so these type of crimes don't continue to happen. "For something to happen where somebody comes in, not only rams the car in there that day, and then stabs him, is beyond my level of comprehension of the city I live in," says Lubin. As mentioned above, Petros Yohannes doesn't have health insurance and the family has started a GoFundMe page for those interested in helping him. He will lose his left eye and his daughter tells us his right eye is now also having problems. The GoFundMe can be found here.
View All 12 Comments

A gas leak in San Francisco's Inner Richmond has forced evacuations and shelter-in-place orders Thursday afternoon, according to SFFD.