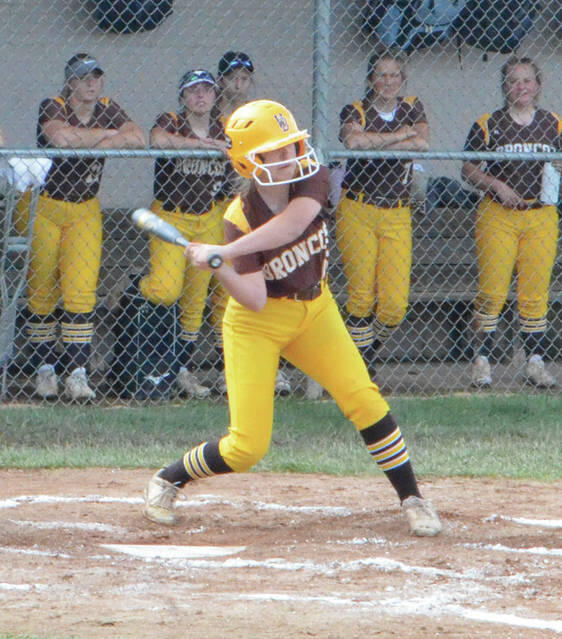 The Western Brown Lady Broncos finished their regular season with a perfect 10-0 league record to claim the SBAAC Ameircan Division Title, and it was their head coach Blaine Wallace receiving the 2021 American Division Softball Coach of the Year Award.