By Connor Perrett,Katie Canales
Posted by
Business Insider
10 days ago 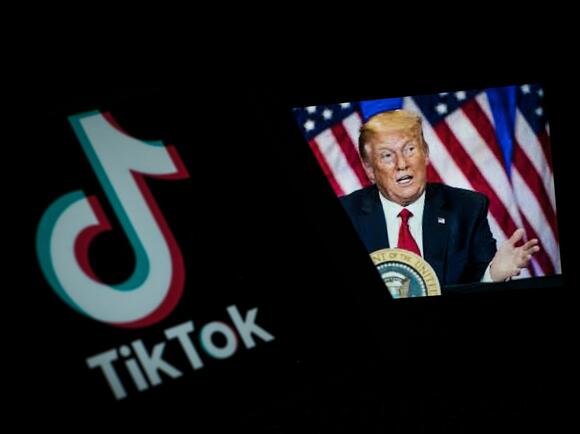 President Joe Biden on Wednesday signed an executive order revoking former President Donald Trump's attempts to ban TikTok and WeChat in the US.

According to a press release shared with Insider, Biden's executive order calls for Commerce Secretary Gina Raimondo to investigate apps with connections to foreign adversaries. The Associated Press and The New York Times also confirmed the news.

Biden was expected to abandon Trump's plans to ban TikTok when he took office, and Wednesday's executive order confirms as much.

"The administration is committed to promoting an open, interoperable, reliable, and secure internet and to protecting human rights online and offline, and to supporting a vibrant global digital economy," a White House official told The Verge , which first reported the news.

Trump in 2020 had targeted both apps and sought to ban them because of their ownership by Chinese companies. Crackdown on Chinese apps was a tenet of Trump's agenda, and his administration was concerned over Americans' user data being passed along to the party. Judges previously halted the bans, though Biden's order rescinds them entirely.

TikTok did not immediately return Insider's request for comment Wednesday.

Trump's attempt to ban TikTok has been a whirlwind affair

The video-sharing app soared in popularity in 2020 during the pandemic , and in June of last year, TikTok users said they signed up for thousands of tickets to a major Trump rally in Oklahoma , a rally they had no intention of attending. The teen users celebrated for having falsely inflated the expected turnout for the rally, preventing many from showing up.

Trump first signed an executive order for Bytedance, TikTok's China-based parent company, to find a US buyer in mid-2020. The idea, according to the administration, was that by having American investors involved in the company, US user data would be better protected.

Then-President Trump also prohibited US companies from doing business with both Bytedance and WeChat, a popular messaging app in China. TikTok responded by suing the Trump administration.

Microsoft turned out to be an eager bidder for a majority stake in TikTok's US assets. But the tech giant's proposal fell apart and was replaced by one from Oracle, which is helmed by Larry Ellison, an outspoken Trump supporter. However, the deal was never finalized.

In September, the US Commerce Department under Trump tried to ban new US downloads of TikTok , and the government threatened to ban the app's functionality in November. But judges threw the bans out.

The president is expanding on one of Trump's executive orders that banned US investment in some Chinese companies , specifically ones whose surveillance technology is used by the party's military. The new order specifically aims to crack down on human-rights abuse and zeroes in on technology used against the Uyghur Muslim minority and Hong Kong protesters.

Read the original article on Business Insider
View All 4073 Comments

Cold reality intrudes on Biden’s first few months as leftist Democrats frustrated with president’s agenda stalling in Congress. They were pointed questions, not personal criticisms. But they will have conveyed a warning to Joe Biden that the patience of the left of the Democratic party and its leaders in ‘the Squad’ of progressive politicians is not infinite.

Top Trump officials are gearing up for a court fight over Biden energy policies, Meadows says

A number of top Trump administration officials, fresh off securing major judicial wins in their fight against President Joe Biden's legislative agenda, are preparing a new set of legal challenges to throw at the new president, this time focusing on the administration's energy and environmental permitting policies. America First Legal,...

Subscribe today to the Washington Examiner magazine and get Washington Briefing: politics and policy stories that will keep you up to date with what's going on in Washington. SUBSCRIBE NOW: Just $1.00 an issue!. INTO THE THICK OF IT: Just like his predecessor, President Joe Biden is caught between two...

Pence taunted as 'traitor' during speech at Florida conservative conference

Former Vice President Mike Pence was met with jeers and called a "traitor" when he took the stage at the Orlando, Florida, Faith and Freedom Coalition conference on Friday. "It is great to be back with so many patriots dedicated to faith and freedom and the road to the majority," Pence said as he took the stage.

Gridlock awaits in Congress. So the White House is looking to use the bully pulpit to move the public, pressure businesses and put a spotlight on state laws.

The Biden administration is trying to revive a form of thoroughly corrupt, politicized shakedowns. Thankfully, Sen. Tommy Tuberville is trying to stop them. The shakedowns were a favorite tactic of the Justice Department under the Obama-Biden administration, but they had been stopped under former President Donald Trump. On Joe Biden’s first day as president, he ordered the department to “review” the policy with an eye toward reinstating it. Tuberville, a Republican from Alabama, on Wednesday introduced the “Stop Settlement Slush Funds Act of 2021” to block him.

This GOP senator is now Enemy No. 1 for Trump

(CNN) — On Friday afternoon, former President Donald Trump made it official: He is actively working to oust Alaska Sen. Lisa Murkowski in next year's Republican primary. Trump threw the weight of his endorsement behind Kelly Tshibaka, a former Alaska Department of Administration commissioner who had announced her challenge to the incumbent back in March.

Plans to build undersea communications cables between Pacific Island nations stalled after the United States reported a China-based company was bidding on the project and could pose national security threats, according to a new report. The project would have connected the island nations of Nauru, Kiribati, and the Federated States...

Opinion | How Biden Followed in Trump’s Footsteps in Europe

On China, Trump’s wrenching shift in the U.S approach is now getting the ultimate tribute of broad acceptance.

Mike Lindell Says He Lost $7M in Failed Mask Venture Touted by Trump: 'Can't Give Them Away'

MyPillow CEO Mike Lindell said he retrofitted 75 percent of the pillow company's manufacturing line to produce cloth face masks during the pandemic, but lost about $7 million in the failed venture after the market became saturated. "I can't give them away," Lindell said in a recent interview with the...

A family affair: Children and other relatives of Biden aides get administration jobs

Barely a week into office, President Biden made a promise that signaled a sharp break from his predecessor: No member of his family would be involved in government. But that vow did not extend to his senior staff and their relatives. In the first few months of Biden’s presidency, at least five children of his top aides have secured coveted jobs in the new administration. They include two sons and a daughter of the White House counselor, the daughter of a deputy White House chief of staff and the daughter of the director of presidential personnel.

Biden must end the era of the rocket docket

(CNN) — On Wednesday, US Attorney General Merrick Garland vacated two Trump-era immigration decisions that had narrowed the range of people who could apply for asylum, and had removed protections for victims of gender-based violence, gang brutality and persecution against families. My colleagues and I, working at an institute that...

(CNN) — Former President Donald Trump endorsed Alaska GOP Senate candidate Kelly Tshibaka on Friday, pledging to campaign against Republican Sen. Lisa Murkowski, who voted to convict him of inciting the deadly insurrection at the Capitol on January 6. "Lisa Murkowski is bad for Alaska," Trump said in a statement....

North Korean leader Kim Jong Un told his country to prepare for "both dialogue and confrontation" with the United States, state media reported Friday — but more for confrontation. The remarks come after months of Kim ignoring Washington's attempts to restart stalled nuclear negotiations, and are the first directed at...

Dr. Ronny Jackson says Biden is 'not physically or cognitively fit,' demands cognitive test to determine if he should remain in office

Dr. Ronny Jackson said he wants President Joe Biden to take a cognitive test to assess his mental aptitude following his first international tour as president. "We can't sit on this any longer," Jackson said during a segment on Hannity Thursday night. Jackson, also a freshman Texas Republican congressman, pointed...

Lawmakers and experts say Biden's message of off-limits industries and plans for consultations may carry little weight in Russia.

Kevin McCarthy: Trump wants me to be speaker

House Minority Leader Kevin McCarthy says he and former President Donald Trump want to see each other in leadership positions helming GOP majorities in the near future. McCarthy, who is often considered as a front-runner for the speakership if the GOP wins back the lower chamber in next year's midterm elections, says the former president wants to see him succeed Speaker Nancy Pelosi, while the California Republican is pushing Trump to run for his old job.

Voters have graded President Joe Biden’s first foreign trip with a shrug. In the first poll on Biden’s performance at the G-7 economic summit, the NATO meeting, and his one-on-one with Russian President Vladimir Putin, Rasmussen Reports found that 44% rated it a success and 40% said it wasn’t. The...