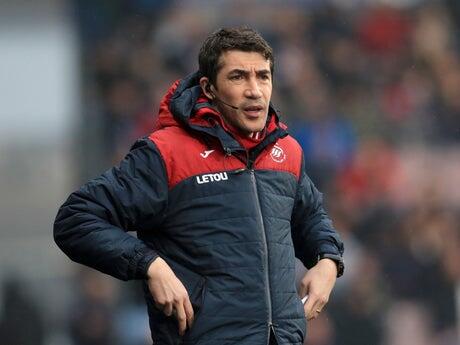 Lage, who took charge of Benfica in January 2019 and led a remarkable turnaround as the club won the Primeira Liga title, returns to management after an 11-month absence following a swift downturn in results and his subsequent sacking in June 2020.

The 45-year-old is represented by Jorge Mendes, whose Gestifute agency’s close affiliation to Wolves is by now well-known.

Nuno left the club this summer after a disappointing campaign and has held talks with Everton and Crystal Palace.

“First of all, I’m very happy. It’s a big opportunity,” Lage said upon confirmation of his appointment. “I’m very happy because I’ve returned to this country, and to be the manager of a big team.

“It’s a team and a club that wants to do history and a chance to compete in the Premier League. So, I’m happy, excited, with a big ambition to do great things for this club.”

Lage has experience in English football after spells as an assistant coach with Sheffield Wednesday and Swansea and hopes to use it to his advantage in his new role.

“I was here [in the UK] for three years, so I know Wolves, but now, the best thing to do – the next thing to do – is to know everyone better,” he added.

“That includes the club, the fans, and also to try to create a plan, just not for the next game or the next training, but for the future.

“That’s why for me, it’s very important to create that dynamic of teamwork here in this building; to try to realise what we are doing in the future.”

Tottenham are closing in on a move for Bryan Gil and he’s just the energetic forward Spurs need to thrive under Nuno Espirito Santo. Bryan Gil is a relatively new name on Tottenham’s transfer radar but Spurs fans should be very excited about the prospect of adding him to Nuno Espirito Santo’s attacking corps. He’s tailor-made to thrive at Spurs under their new Portuguese boss.

Tottenham bagged their first win of pre-season and their first of the Nuno Espirito Santo era as they cruised to a 3-0 win over Colchester on Wednesday night. Despite Spurs being without their Euro 2020 participants - most notably Harry Kane - Nuno fielded a strong team for the trip to the JobServe Community Stadium, with Lucas Moura, Dele Alli and Steven Bergwijn selected to play in behind Son Heung-min.

How Tottenham will play through the flanks under Nuno Espirito Santo

“Nuno’s Spurs” still has a very weird ring to it, but as preseason training starts, it’s worth looking into how Nuno will set up Tottenham Hotspur. Based on his time at Wolves, Nuno will bring an out and out 3 at the back system (with three centerbacks) and a press of medium-high intensity, but the biggest change will be a reliance on wing-play and wingbacks both offensively and defensively. Wingbacks are typically one of, if not the, most important positions in a three at the back system. One of the biggest moves of the summer, Achraf Hakimi to PSG, was completed with this understanding.

Tottenham are in talks with Sevilla over a deal to sign exciting left-winger Bryan Gil from Sevilla. The two clubs are in the final stages of discussions about a player-plus-cash move which would see Spurs pay Sevilla around £21m for Gil, with Erik Lamela also heading in the other direction to Spain.

Tactical flexibility will be key for Tottenham under Nuno Espirito Santo, while Oliver Skipp flourishes to lay down first-team marker and Dane Scarlett catches the eye... SIX THINGS WE LEARNED from Spurs' friendly win against Colchester

Nuno Espirito Santo would have been left a very satisfied coach after his Tottenham team beat Colchester 3-0 in a promising pre-season performance. His tenure began with a 1-1 draw at Leyton Orient at the weekend but his players upped the quality and tempo in their second friendly to clinch the comfortable win.

Tottenham have signed goalkeeper Pierluigi Gollini on a season-long loan from Atalanta. Gollini, 26, becomes the first signing under new manager Nuno Espirito Santo and the deal includes the option to make the loan permanent. Sky Italia have reported that Spurs will need to pay £13million in order to make...

Dele Alli pays back the faith shown in him by Nuno Espirito Santo, Japhet Tanganga can make a name for himself at centre back... and is Son Heung-min ready to take over as Tottenham's talisman? FIVE things we learned from Spurs' 3-1 win over MK Dons

With the 2021-22 season fast approaching, new Tottenham boss Nuno Espirito Santo got another look at his squad during their 3-1 friendly victory over MK Dons. It was a routine victory for Spurs, with Son Heung-min putting the visitors ahead in the first half before Dele Alli - who was given the captain's armband - and Lucas Moura wrapped up the result in the second period.

Tottenham manager Nuno Espirito Santo wants to raid former club Wolves for Adama Traore. The Spain winger blossomed under Nuno's leadership at Molineux. The Daily Mail says Nuno wants a reunion with Traore in north London. Wolves have yet to receive an official offer from Spurs, but they are open...

Tottenham are interested in Wolves winger Adama Traore. Spurs, who are edging closer to a £43m deal for Atalanta centre back Cristian Romero, also have Traore on their list of transfer summer targets and are weighing up a move that would see Traore reunited with his former Wolves boss Nuno Espirito Santo.

Tottenham new boss Nuno Espirito Santo wants former protege Adama Traore. According to the Daily Mail, Tottenham are interested in signing Wolves winger Adama Traore. The report adds that Wolves would not get in the player’s way if a bid of around £45m arrives with Traore having two years left on his current contract.

'Fine him and stick him in the reserves': Tottenham fans react with outrage after Harry Kane FAILS to report for training... despite Nuno Espirito Santo defiantly claiming his talisman is going nowhere

Tottenham fans have reacted with outrage after Harry Kane failed to show up for training having returned from his summer break. Kane was due at the club's training ground on Monday to undertake Covid tests, before partaking in pre-season training with less than two weeks remaining until the Premier League season gets underway.

RAUL JIMENEZ has scored his first goal since suffering a fractured skull against Arsenal last season. The Mexican sustained the horror head injury in November 2020, with fears raised over whether he would be able to continue his career at all. But after receiving the all clear from doctors, Jimenez...

Former Birmingham manager Marc Skinner has been named as the new head coach of Manchester United Women. The 38-year-old resigned from his role in charge of US side Orlando Pride last week to spark speculation he would replace Casey Stoney at the FA Women’s Super League club. On Thursday the...

The Bruno Lage era is underway at Wolves, with supporters seeing the new style in action for the first time. With soaring temperatures and several high-profile stars yet to return following the European Championships, not everything went to plan for the first pre-season game. In the end it resulted in...

Tottenham are signing goalkeeper Pierluigi Gollini from Atalanta on a season-long loan as Nuno Espirito Santo eyes his first addition... while they are in talks to buy Copa America-winning defender Cristian Romero who is also at the Serie A club

Tottenham are signing Atalanta goalkeeper Pierluigi Gollini on a season loan. The 26-year old Italy international has previously been on the books of Manchester United and Aston Villa. Tottenham have an option to extend the loan for a further season and an option to buy. They have also asked about...

Four who could shine in Bruno Lage’s new Wolves system

With Bruno Lage’s new attacking style will come questions over how the current crop of players handle it. Supporters only saw a glimpse of what the new boss wants from his side in the first pre-season friendly against Crewe – as he opted for a 4-4-2 formation and an aggressive press with a high defensive line.

Glasgow City have appointed their former assistant Grant Scott as interim head coach following Scott Booth's move to Birmingham City. Scott won two domestic cup doubles in charge of Hibernian and guided them into the Women's Champions League. City say he will be in charge until a new boss joins...

Swindon have appointed Ben Garner as head coach and Ben Chorley as director of football following their club takeover. The Robins’ new owner and chairman Clem Morfuni announced the club’s backroom staff hours after confirming he had taken control at the County Ground. Morfuni said on the club’s official website:...