Posted by
Local Mania
3 days ago 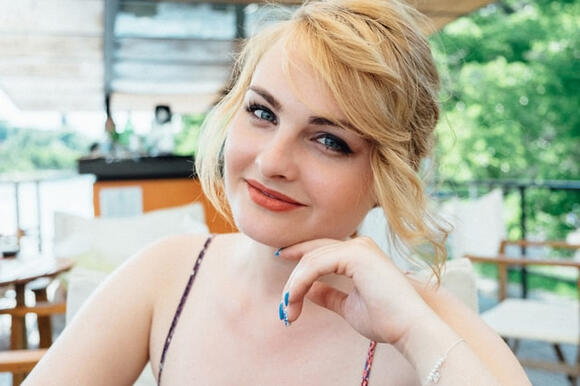 On California’s Central Coast, Salinas is a tiny but sophisticated city a short distance from Monterey Bay. For several hundred years, agriculture has been a way of life in the Salinas Valley, and these farms served as the setting for several of John Steinbeck’s novels. In 2021, it will be one of the most exciting tourism destinations in California.

Salinas is the county seat of Monterey County in the state of California. Salinas, California was born 141 years ago on March 4, 1874. Native Americans were the first to arrive in this town to build their houses. Salinas has long been a farming valley.

The city is well-known for being the birthplace of Nobel Laureate and author John Steinbeck. The Steinbeck House, his childhood home, and the National Steinbeck Center Museum, which houses a variety of objects, are also worth visiting.

This historic home once belonged to Isaac Julian Harvey, a prosperous businessman and local official who earned his fortune during the gold rush. He arrived in Salinas in 1866, when it was only a small town with just 12 houses, and in 1868, he constructed his home out of timber he hauled from the coast's redwood forests at Moss Landing.

After a few hours at the museum, take a stroll around Steinbeck’s birthplace and childhood home. The house was built in 1897, and the Steinbecks moved in in 1900. It’s a National Register of Historic Places-listed Queen Anne-style Victorian building.

Another fascinating journey into Salinas' early past is this adobe, a clay-based structure. The colonial-style house, which dates from 1846 and is listed on the National Register of Historic Places, is located on a Mexican land grant.

The Fort Ord National Monument is built on the site of a decommissioned US Army post in 1994. The 7,000-acre park is open all year and has some of the area's best hiking trails. It’s perfect for climbing, mountain biking, or horseback riding, and you will pass across some lovely flora and fauna along the way.

Monterey is one of California’s most popular day trip destinations, and it’s just a few minutes away. It was once the state capital of California, and its downtown has some lovely old buildings. Whether you are traveling with children or have a curiosity in the sea, the Monterey Bay Aquarium will show you the biological richness of the waters off the coast of California.

Hikers, horseback riders, geocachers, and mountain bikers flock to this scenic stretch of the open country just south of Salinas for its difficult and striking terrain. There are 20 miles of trails for those who enjoy a challenging stroll.

The Monterey Bay Equestrian Center provides a variety of thrilling horseback rides for fun, whether you're looking for a scenic horse-drawn carriage or a cruise along the beach. You will be able to walk around the Monterey Bay shoreline and soak in the breathtaking views.

Salinas City Barbecue is the place to go if you are looking for a real, tasty smoked barbecue. This isn't your typical barbecue joint; high-quality meats are flavored with tasty rubs influenced by barbecue hotspots like the Carolinas and Texas. Elli's Great American Restaurant is also known for its diverse cuisine, which reflects a diverse range of cultures and food preferences.

If you are looking for a place to shop, the Northridge Mall in Salinas has 125 shops. Also worth seeing are Prunedale Shopping Center, Harden Ranch Plaza, and Star Shopping Center.

In the lovely city of Salinas, you will find friendly people, world-class wines, unspoiled farms, historic sights, and a cozy and romantic downtown area, among other things. The variety of things to do in and around Salinas makes it very adaptable, and your travel in 2021 will not disappoint.

A Review on Tostadas - A Mexican-American Restaurant

Tostadas is a restaurant that serves Mexican-American cuisine. You can find this place in San Jose, California. It serves breakfast, lunch, and dinner meals too. Tostadas is the name of a Mexican dish. This restaurant is owned by two brothers who started it with the concept of making an affordable fine dining place. The name came from a previous business owned by their mother, where they were famous for their tostadas, and it was the perfect name as their mother was also the one who gave them the love for the food industry.

Well known for its vast potential in potatoes, Idaho also boasts a wide variety of breakfast cuisines offered all around the state. Idaho is located on the western side of the United States of America, where there are favorable conditions for lush vegetation to survive, hence producing the famous Idaho potatoes.

Best 2021 Day Trips in and around Glendale

Travelers are filled with choices regarding places to visit in the United States with so many different states, cities, and natural attractions. Likewise, if you’re planning on traveling to California in the future, you will indeed be attracted to the glitz, glamour, and electrifying energy of the area.

ABVE The Basic is a little restaurant in San Jose, California which brings to you American-Mexican street food with a pop. It is a locally-owned food place that aims to leave your tastebuds with a wow.

The mask dilemma for California

On Thursday, May 13, 2021, the CDC announced that people who have been vaccinated were no longer required to wear masks outside or in specific enclosed venues. "People fully vaccinated against Covid-19 do not need to wear masks or practice social distancing indoors or outdoors, except under certain circumstances, the director of the US Centers for Disease Control and Prevention announced Thursday."

California Will Wait Until June 15 to Lift Mask Mandate

Don't scrap those masks just yet. California health officials on Monday said the state will wait until its planned reopening date of June 15 to let fully vaccinated Californians take their masks off in most indoor settings. "This four-week period will give Californians time to prepare for this change while...

California to Keep Indoor Mask Mandate In Place Until June 15

You may now be allowed to remove your facial covering inside a Trader Joe's or Starbucks if you cross the border into Nevada. But in California for the next four weeks, masks are still going to be mandatory for both the vaccinated and unvaccinated in most indoor settings, on public transit, etc.

More wildfires. Hotter days. Drought. Sea-level rise. Those conditions are an increasing reality in California, which is steadily becoming an altered state. But if the grimmest predictions of experts about our state and climate change become true, the conditions will become far worse. “Average summer temperatures in California have risen...

California won’t lift its mask requirement for another month

SACRAMENTO, Calif. — California won’t lift its mask requirement until June 15 to give the public and businesses time to prepare and ensure cases stay low, the state health director said Monday. “This four-week period will give Californians time to prepare for this change, while we continue the relentless focus...

California will wait until June 15 to align with federal guidance that no longer requires people fully vaccinated against COVID- 19 to wear face coverings in indoor settings outside the home, officials said Monday. The June date is when state officials are expected to lift most virus-related restrictions if current...

Every decade or so, at the bottom of an economic cycle, breathless headlines trumpet that California’s best days are behind us. Then, as sure as the sun sets in the West, the economy recovers and anyone who bet against the Golden State kicks themselves, as facts outpace fiction and the state comes back even stronger.

The San Jose Public Library serves more Bay Area residents – 1,049,187 million – than any other library in the region, according to the California State Library. Contra Costa County is right behind San Jose, as the only other library system in the region serving more than a million residents (1,042,344 million).

SANTA ROSA, Calif. (May 17, 2021) – Mike Sullivan, Winemaker & Co-Owner of Benovia Winery, is pleased to announce that the Benovia team has chosen Wine Warehouse as their newly-appointed California distributor. Rooted in family tradition and hard-working values, Benovia Winery is a fun, small production winery in the heart of Sonoma County’s Russian River Valley. The Benovia team feels aligned with Wine Warehouse and thrilled to have the multi-generational, family-owned & operated company facilitating the wholesale distribution of Benovia’s portfolio of highly acclaimed Pinot Noir and Chardonnay throughout California.

COVID-19 has highlighted and exacerbated health disparities across various demographic groups. In California, the pandemic has had a disproportionate impact on the Latino population, which makes up over half of the state’s cases since the beginning of the pandemic, despite making only 39 percent of the state’s population. This trend has been reported in the Bay Area too, including in Napa, Sonoma and San Francisco counties.

California Will Keep Mask Guidelines in Place for Another Month

California will not be changing mask rules just yet. The CDC relaxed recommendations last week, saying fully vaccinated people could lose the mask in most indoor and outdoor settings. California health officials said Monday the state will leave the current guidelines in place until June 15th. Dr. Mark Ghaly says the next four weeks will give the state and residents a chance to prepare for the change. He added today’s announcement does not mean that he disagrees with CDC guidelines. June 15th is also the date California has targeted for a full reopening and for getting rid of the color-coded tier system.

LOS ANGELES - The median price of an existing, single-family detached home in the Los Angeles area rose to $725,000 in April, an increase of $45,000 from a month ago, mirroring a spike across California that brought the state's median price above the $800,000 benchmark for the first time, a real estate group said Monday.

A developer-friendly ruling in San Diego Superior Court, which invalidated a referendum on a contentious local development, could strike down the ability of citizens to use ballot referendums to stop development projects in California. Judge Richard S. Whitney decided the case, according to The San Diego Union-Tribune, which first reported...

Mineshaft Coaster is the first mountain coaster in California

The new Mineshaft Coaster at the year-round family entertainment center Alpine Slide in Big Bear Lake, Calif., is the first and only mountain coaster in the state. The all-new coaster designed by Wiegand Sports USA — the world’s market leader in the mountain coaster industry — uses a six-tube stainless steel rail system built directly into the mountainside and stretches 5,300 feet (over one mile) as it hugs the natural curves of the landscape.

Gym goers wear masks at the Fit Republic at Fresno Street and Herndon Avenue in July 2020. Photo by Donald A. Promnitz. Today, the California Department of Health and Human Services announced fully vaccinated individuals can leave the mask at home as of June 15. The state’s decision comes after...

Two years of underwhelming rain totals and snowpack means California is now going through another drought. Combine that with record high dry vegetation growth, and the state could be looking at a potentially highly destructive wildfire season.