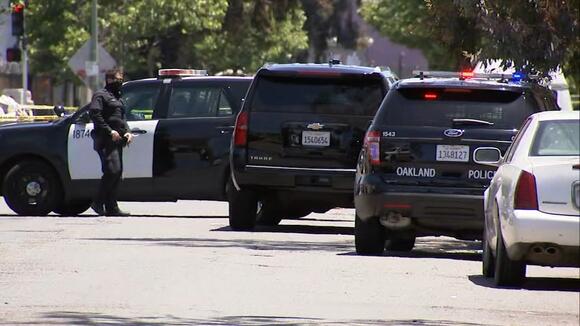 Two women were shot inside an East Oakland apartment complex Tuesday morning. RELATED: 'I was terrified': Oakland's Catholic Bishop robbed at gunpoint It happened at around 10 a.m. near 98th and Edes avenues. Both victims were rushed to the hospital with injuries the Oakland Police Chief described as "serious." Investigators are still on the scene. Police say the women were shot by another woman after an altercation.
View All 13 Comments

Police officials say the deadly weekend shooting at Lake Merritt that killed a man and wounded eight others was not random, and is tied to San Francisco gangs.