By CBSDFW.com Staff
Posted by
CBS DFW
12 days ago 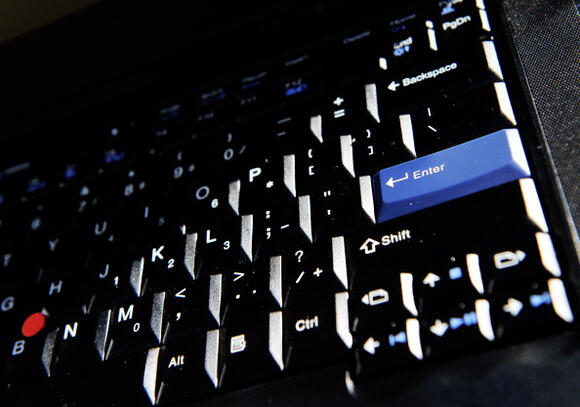 NORTH TEXAS (CBSDFW.COM) – A string of major news, social media and retail websites went down this morning. The message ‘Error 503 Service Unavailable’ appeared for visitors to the sites after a widespread outage linked to U.S.-based cloud company Fastly.

Major websites including CBS News, CNN, Reddit, Amazon, Target, Paypal, Spotify and the New York Times all experienced brief problems. Outages for the sites ranged from a few minutes to about an hour.

Fastly, one of the world’s most widely-used cloud based content delivery network providers, said “the issue has been identified and a fix has been applied. Customers may experience increased origin load as global services return.”

News sites place a higher emphasis on particular search engine optimization rules. Here are just five best practices you ought to keep in mind to optimize your own information website for search. A couple of principles of SEO marketing (or seo마케팅), such as publishing good content and giving a fantastic...

Imagine working on several marketing campaigns on different profiles or social media websites, but it’s just not going the way you want it to go. It can be a waste of time and effort if you don’t use social media data to target your audience properly. Of course, when it comes to marketing, there are numerous ways you can increase your return on investment (ROI).

In 2020, many internet users were savvier than ever about what they shared or didn’t share, but modern life almost requires engaging with social media in some way. How is personal data given to these sites, and how can that be utilized against users? To find the answer, Stacker compiled a list of 15 ways data is revealed to social media companies. This includes information from sites like the Electronic Frontier Foundation and Norton, as well as news reports from Buzzfeed and more. What these insights show is that everything done online—from what is clicked on to how long a page is looked at—is valuable to people who are selling that data.

How to Do a Social Media Detox as a Marketer

Are you using the best digital marketing tools and resources but still cannot be as productive as you wish?. As a concerned marketer, you may be looking for ways to do a social media detox to create more headspace so you can better concentrate on your job. If that’s the case, you’ve chosen the right article to read.

A flurry of scams on Facebook Marketplace has prompted a reminder to take care when trading on the social media giant’s site. Data from Cert NZ​ shows a 25 per cent​ increase in the number of cybersecurity incidents reported in January to March compared with the same time last year. There were more than 1400 recorded.

Ho Chi Minh City, Vietnam, Jun 18 (EFE).- Vietnam has created a social network code of conduct that encourages users to post positive content to guarantee “civil liberty” and recommends officials to tell their superiors about “conflicting information.”. The Information Ministry said Friday the code will be applied to individuals...

In the digital world, “DM” usually stands for “direct message” translated into Italian “direct message”. A DM is a private mode of communication between social media users . When sending a direct message, only you and the recipient can see the content. Online businesses that communicate with customers often use direct messages to clarify order details, answer complex product questions, or resolve disputes out of the public eye.

Facebook Is Gaslighting Users Into Allowing Ad Tracking on iOS 14

As Apple’s opt-in ad tracking popup rolls out, Facebook’s got another trick up its sleeve. The fact that Facebook and Apple have been at loggerheads for a decade is no mystery. A lot of this has to do with their business philosophies which are not in harmony with one another.

Inside a Facebook group that's a factory for fake Amazon reviews

Valerie Zhong, the administrator of the Club Ki-Fair group on Facebook, made a simple commitment: Join her group and get free samples of household products. The generous offer promised to put hair care products, nail polishes and coffee makers into the hands of members. There was, of course, a catch....

The eCommerce trends of last year were unlike anything we'd ever seen before. The already booming eCommerce industry made tremendous advances in 2020, owing to Covid-19 regulations that encouraged more people to shop online, and the prospect for digital sales is looking more promising (and competitive) than ever. If you...

When Facebook began testing its new “Neighborhoods” feature in Canada last October amid the Covid-19 pandemic, the tech giant described it as a dedicated place for people to connect with their local communities. Here, in a corner of the world’s largest social network, people met neighbours, shared banana bread ingredients,...

Survey of mobile consumers between the ages of 18-24 reveals that 68% shop on mobile 1-4 times a week and 86% use mobile as a gaming platform. SAN FRANCISCO — New research from Tapjoy (www.tapjoy.com), a leading mobile advertising and app monetization company, shows that members of Generation Z are extremely tuned in to the mobile ecosystem. More than three quarters of Gen Z, defined as those born between 1996 and 2010, claim to have gotten their first smartphone before the age of 18, compared to only 49% of Millennials. Now reaching adulthood, Zoomers represent billions of dollars in buying power and a largely untapped opportunity for advertisers, as shown in Tapjoy’s latest report, Modern Mobile Gamer 2021: Generation Z Edition.

3 Proven Strategies To Use Social Media For Ecommerce Marketing

The eCommerce industry has become highly competitive as more and more retailers are going online. By 2022, the global eCommerce market is likely to be worth $5.4 trillion. In 2020, the consumers spent $861.12 billion online with US retailers. In addition, as per Statista, 73% of eCommerce sales will take place on a mobile device by the end of 2021.

Facebook has launched a brand new Independent Artist Program that will enable indie artists get their tracks used across its various products, most notably including Instagram Stories and Reels. Facebook has partnered with third-party music distributors DistroKid and TuneCore on the effort, which will add artists’ tracks to Facebook’s existing...

Google is revising how ads affect people on the web, here are the latest developments

This is a very common thing: when you search for Cancun flights on Google or visit Nike to find new running shoes, ads will follow you online. Most of the tracking is achieved through a cookies-a small piece of code that jumps out of the website and stays in the browser so that the new website you visit can see where you have been before.

What can you do to improve your digital commerce game? The first rule of the digital shelf is to make sure your products can be found. Some might say it’s mission impossible. Unless, of course, you use digital shelf analytics (DSA). Get the eBook Today!. Consumers will spend more money...

Google is totally changing how ads track people around the Internet. Here’s what you need to know.

It’s a common sight: Ads from that time you Googled flights to Cancún, or visited Nike to look for new running shoes, following you around the Internet. Much of that tracking is made possible by cookies — little bits of code that jump off websites and lodge themselves in your browser, allowing new sites you visit to see where you’ve been before. Facebook and Google, the two most profitable advertising companies in history, use cookies to show ads across the Web based on info gathered on their own sites and social media networks.