Posted by
Malinda Fusco
13 days ago 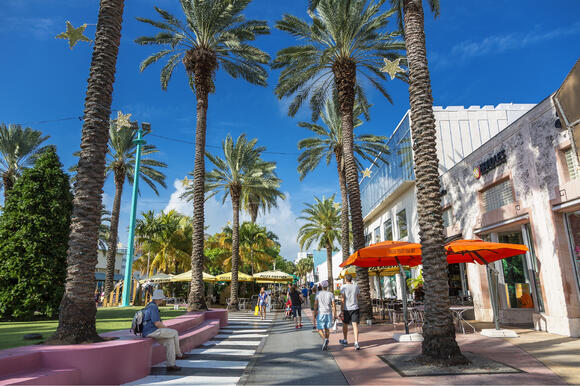 This article analyzes the three cities with the highest Safewise safety rating.

According to Safewise, Marco Island is the safest city in Florida! Its violent crime rate and property crime rates are very low despite the high population. Furthermore, 2021 is the second year in a row that Marco Island scored the top spot on Safewise's list!

Marco Island is a barrier island located in the Gulf. It's well known (and dare I say renowned) for its beautiful beaches, resorts, and elaborate golf courses. If you haven't been for a visit, this summer might be the perfect time to check it out.

Parkland comes in at a close second for the safest cities in Florida. Its violent crime rate is actually a hair lower than Marco Island's! However, its property crime rate is a fair bit higher.

Parkland is absolutely gorgeous and is designed to look like its name: it's filled with greenery and parks. It actually has some unique zoning laws in order to maintain the parklike atmosphere throughout the city. Neat, right?

Weston is also in Broward County. This Florida city comes in at number three on the safest cities in Florida. Last year, it was actually number 2 on that list for 2020, but this year its crime rates elevated just enough to drop it into third place among the list. Even though it's third place, it's still quite a bit safer than the rest of the state.

Weston is a suburban community and, like Parkland, has a ton of parks to visit.

Outside of Marco Island, the two other cities on this list (Parkland and Weston) were both in Broward County. It's probably safe to say (pun intended) that Broward County is a fairly safe area compared to the rest of the state!

Do you live in any of the top three safest cities in Florida? If so, do you feel safe, or do you have a daily concern for your safety like most Floridians?

Will Nikki Fried's multiple ties to medical marijuana hurt her chances of snagging the title "Governor" from DeSantis? Many people seem to think it could, but others see her connections to the medical marijuana world as a plus.