A FanNation channel dedicated to coverage of the Washington Football Team. 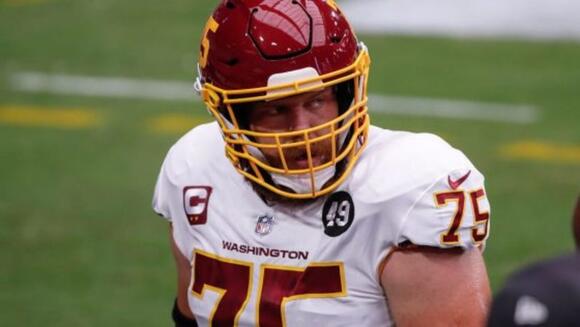 The NFL is full of talent. And the debate about 'who's better than who' is constant, and a favorite among fans.

The WFT defense is recognized as one of the best in the league, and the offense looks to improve after off-season additions to important positions like quarterback and wide receiver. But what about from a national perspective?

About this time each year is when all the 'Top 100' lists start to appear, and all those so-called 'experts' attempt to justify their rankings. This past week CBS Sports' Pete Prisco revealed his list for 2021. Was that list favorable to WFT?

Two players from WFT are included on that list, with another being included on the 'Just Missed' list. Of those two, just one breaks the Top-50. Here are the WFT players who appear on the list, with Pete Prisco's commentary:

40. Chase Young - He had 75 tackles as a rookie, but really came on late in the season. Look for his sack numbers to go way up in 2021 and for him to be much higher on this list next year.

69. Brandon Scherff - He's one of the best guards in the league, a player who is good in both the run game and pass protection. It's why Washington brought him back on the franchise tag for another year.

Seeing two members of the Washington Football Team make Pete Prisco's list of the Top 100 NFL Players of 2021 is a nice compliment, even if some fan favorites didn't make the cut. Hopefully, 2021 is good to the WFT, and even more are noticed for the list in 2022.

A FanNation channel dedicated to coverage of the Washington Football Team.

Really bad news from the Watson camp. Just as things were looking up for him. The Texans announcing trade talks. NFL not putting him on exempt. Looked like he was going to play 2021 season. Now police reports filed by 10 women alleging sex assault. This will have to open up a criminal case which changes the whole dynamic of the NFLs actions on the matter. Also, basically shuts down any trade interest from other teams. All of this precisely coordinated and coincidentally happening just as the season starts stinks of foul play.

When the Indianapolis Colts traded for Carson Wentz, some fans were against the idea considering he was borderline unplayable for the Eagles last season. Having said that, we also had a three-year sample size of Wentz being one of the best playmaking quarterbacks in the entire NFL. After all, he took the Eagles to the playoffs in 2019 with a makeshift offensive line and a receiving corps made up of practice squad regulars.

An image shared on Facebook claims Kansas City Chiefs quarterback Patrick Mahomes left training camp and said he would “not play another down in the NFL” unless the team changed its name. Verdict: False. There is no evidence that such an incident occurred or that Mahomes made such a demand....

With the Jacksonville Jaguars training camp currently underway, it seems like Tim Tebow and Trevor Lawrence are already forming a connection between each other. Footage was released on Twitter, which shows the 2021 first round pick rolling out in the pocket and slinging it to the former first rounder in the endzone.

Chiefs running back Darwin Thompson has started his critical third season in the NFL with an absence. Thompson has landed on the NFL’s reserve/COVID-19 list, prompting him to miss the first day of training camp Wednesday. Thompson is the second Chiefs player on the list. The team added long-snapper James...

On Wednesday, Green Bay Packers quarterback Aaron Rodgers shed light on his issues with the franchise in an unfiltered press conference. Los Angeles Lakers superstar LeBron James responded to Rodgers’ viral words with a major stamp of approval. The relationship between Rodgers and the Packers has been rocky for some...

How much better does “hitting the weight room” make an NFL player?

Hey everyone! Hope you’ve had a nice summer, because Training Camp is about to get underway!. In this episode of Bear With Me, I wanted to investigate a common thread you see in all realms of sports conversation — “How much stronger/faster/quicker can a player get in a single offseason?”

All Things CW: Ranking the Top Crimson Tide Players in the NFL By Position

One of the more interesting, and difficult tasks of following the Nick Saban era at the University of Alabama is finding new ways to put its growth into the National Football League into perspective. Subscribe for full article.

After a long grueling offseason, the Green Bay Packers were able to retain Aaron Rodgers for at least one more season. However, David Bakhtiari might have been the “real reason” Rodgers decided to stay all along. The duo has a unique relationship that spills into the public scene quite often. You can catch both of them poking fun and giving each other a hard time over social media, creating a humorous back and forth between the two Packers’ stars.

Touchdown Wire’s list of the top 101 nicknames in NFL history is littered with current or former members of the Green Bay Packers. Many are among the most iconic in the sport’s history. Here are all the Packers that made the list:

Canadians are entering into the NFL more today than ever before. Currently, there are 24 Canadians on 32 NFL rosters, including eight rookies headlined by Washington Football Team draftee Benjamin St-Juste. St-Juste, 23, is a rookie from Montreal that played at Michigan two years before transferring to Minnesota. His stellar...

Cincinnati Bengals defensive end Trey Hendrickson was recently suggested as the team’s most overrated player. But elsewhere, he’s getting a nod as one of the 32 best defensive ends in the league. Over at Pro Football Focus, Ben Linsey ranked the 32 best players at the position and slotted Hendrickson...

Current Dallas Cowboys quarterback Dak Prescott has quickly and steadily gained recognition in the NFL since he was drafted out of Mississippi State in the fourth round of the 2016 NFL Draft. Heading into the 2021 season, Prescott was listed in USA TODAY's list of top 101 NFL players. The...

PewterReport.com is excited to announce its partnership for the Pewter Report Podcast with CELSIUS energy drinks. They provide essential, functional energy for an active lifestyle. The Pewter Report Podcast, energized by CELSIUS, is an audio hour four days a week. It consists of news, analysis and inside scoop on the...

Pro sports have provided us with some of the top nicknames on the planet and with training camps nearing, Touchdown Wire just named the 101 best nicknames in NFL history. The Eagles should have had five or six former players make the list, but three former Birds made the cut in the end.

As the Eagles work towards retooling their roster with younger and cheaper talent, two aging stars will carry the franchise into a new coaching regime. CBS Sports recently revealed the All 30 and over defensive team for the 2021 season. The parameters for the list included:. Players must be currently...

Fresno State senior running back Ronnie Rivers is being recognized as one of the top players in the nation. Rivers was named to the watch list for the Maxwell Award, which is awarded annually by the Maxwell Football Club to the College Player of the Year. This marks the second...

Touchdown Wire left off some notable Vikings from its top 101 list of the best players in the NFL. I wanted to preface this list of snubs by saying pretty much every NFL team has notable players who did not make it. Also, here is something about the methodology that should be helpful to note: