Dating apps Tinder, Bumble, and Hinge will offer users free 'Super Likes' and 'Superswipes' to encourage them to get vaccinated 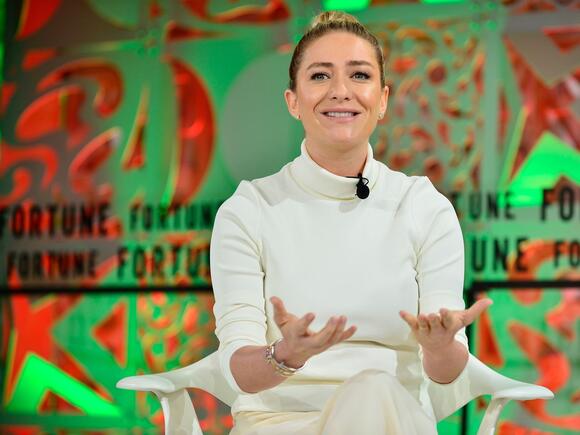 Dating apps have formed an unlikely partnership: Tinder, Hinge, and Bumble are among the nine apps that have teamed up with the UK government to encourage their users to get vaccinated.

British app users will be able to add their vaccination status to their profiles, and will receive perks for doing so, according to a government press release published Monday.

The scheme is based on trust as there is no way of verifying users' vaccine status, according to the BBC.

Tinder users will get a free " Super Like " - a feature allowing users to stand out on the platform - if they display the sticker. Relationship-focused app Hinge will give users a free " Rose " which puts their profiles to the top of a potential match's feed.

Bumble will also give users discounts on premium features such as "Superswipes" if they add a "vaccinated" badge to the profile. Users will be able to share their COVID-19 dating preferences, such as whether they prefer to spend time indoors or outdoors, the press release said.

Dating platforms Badoo, Match, Muzmatch, OkCupid, OurTime, and Plenty of Fish have also joined the scheme. The partnership follows a similar campaign launched in the US last month.

"An important part of returning to normal is helping people feel safe as they connect in person," Alexandre Lubot, CEO of Match Group said in a statement . "A unified push towards more vaccinations will allow people to once again meet in person and connect in meaningful ways."

So far, just over 76% of UK adults have received at least one dose of a COVID-19 vaccine, with more than 52% fully vaccinated, according to the latest government data .

A total of 31% of UK adults have said they would prefer to date someone who had received the jab, and 28% said they would not date an unvaccinated person, according to a YouGov poll in May.

An ex-Facebook employee said the company demanded she remove a critical memo of it from her personal website. When she declined, her entire site was suddenly shut down.

In spite of Apple’s infamously draconian review process for apps trying to snag one of the coveted slots in its App Store, every once in a while an app finds some sneaky way to slide through. That’s the case for Doxcy, an app that billed itself as a simple dice-rolling game, while secretly giving users free access to countless movies from various streaming apps behind the scenes.

Popular overseas, vaccine badges are rolling out locally on online dating platforms like Bumble. But with access to a Covid jab still a concern, one CEO urges caution

Bumble, Match Group, and the State of Online Dating

In this episode of Industry Focus: Consumer Goods, join Motley Fool analysts Asit Sharma and Emily Flippen as they take a look at the online dating industry, including dating trends coming out of the coronavirus pandemic as well as two of the biggest competitors: Match Group (NASDAQ:MTCH) and Bumble (NASDAQ:BMBL).

Both Apple and Google are being sued over how they run their app stores. Clark explains the toll and the workaround. / Free college sounds great, especially with the outrageous price of higher education and the student loan burden so many carry. But is it a good idea? Clark points out where this has been successful, and why it can be good for citizen, state and country when it's skills based, for the marketplace.

Google just recently updated and refined some of its Play Store policies, and now sugar daddy apps are banned. The policy takes effect September 1, 2021, and could affect popular apps like Seeking Arrangement and Spoil. A “sugar” relationship is one in which there is money or gifts exchanged for...

Vodafone offers free 5G data to customers of its Voxi service. All new and existing customers of the contract-free mobile operator are offered the super-fast 5G mobile data as standard at no extra cost. Voxi said the 5G upgrade “means that every customer can download and stream up to ten times faster, even in crowded places”.

One man wants singles to know that it is possible to find love in the Olympic village even if you are not there. Tinder now has an option called Tinder Passport, which is accessible for Tinder Plus and Gold members. When using the feature, you can change your location to wherever and search for cities worldwide.

In The Age Of Social Media, Influencers Need Digital IDs And Verified Credentials

We live in the age of influencers. Taylor Swift and Benny Drama come to mind, sure. But there are millions of others on the net, with hundreds of thousands or even millions (upon millions) of followers, weighing in on everything from beauty regimens to the best ways in which to keep in shape to dog training to how to survive a natural disaster. You name it.

‘Sugar’ dating apps are banned on the Play Store, but Tinder is not

There are a lot of dating apps available on the Google Play Store. No doubt you've heard or even tried out a few of them before. Some of the most well-known names are Tinder, OkCupid, and Bumble. Recently Google has made changes to the ‘inappropriate content’ policy to ban so-called ‘compensation for sexual relationship’ apps.

Apps you want to delete from your smartphone

We all have pages of apps on our smartphones and while they can be helpful, a handful can be harmful. Tech expert Kim Komando shares the apps you may want to delete from your phone right now.

Youngsters will be offered cinema tickets, taxi rides and even pizza or kebabs in return for getting their Covid jabs. Government sources say around 30 firms are in talks to join the scheme which officials hope will drive more young people to get the vaccine. So far, taxi giants Uber...

Since March of this year, we’ve been tracking a brand new Cast experience for YouTube on regular, non-Google TV-powered Chromecast dongles. It looks like the YouTube app on Android TV with better remote control options and is now rolling out to more users. Over the past four months, a handful...

How to Use Facebook's New Soundmojis on Messenger

There are different ways of expressing yourself on Facebook Messenger. You can call, via audio or video, sent plain text messages, audio messages, or even use emojis, GIFs, and stickers to convey a message. In addition to that, you can also now use Soundmojis—emojis with sound—which makes chatting even better....

Texting tech bros and the danger of earnings blowouts

Hello, and welcome to this week's edition of the Insider Tech newsletter, where we break down the biggest news in tech, including:. Did someone forward this newsletter to you? Sign up here. This week: Big Tech's monster profits and the backlash danger. It's been an action packed week in tech,...

Amidst exhausting correction of crypto markets, digital assets unicorn Amber Group has implemented a variety of income strategies for crypto enthusiasts. Investing for long-term gain: Introducing the Amber App. Amber App, a multi-purpose platform that addresses numerous institutional and retail use cases, is offering a number of instruments for passive...

Android users get an expressive, powerful MIDI control app in DAW IT

Owners of Android devices may well feel left out as far as music applications, but here’s one promising exception – one with enough advanced control features that it might even justify picking up a budget Android tablet. DAW IT is a MIDI controller app with a particular emphasis on controlling...