Posted by
Malinda Fusco
15 days ago 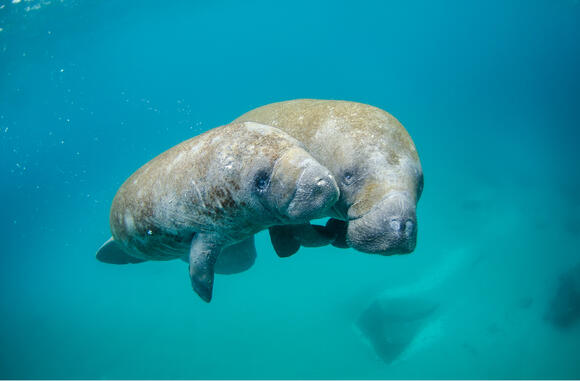 This article discusses why manatees are dying more than ever and what it could mean for future taxes.

So, why? What is killing off the manatees? Why are they found washed up on Florida shores, sickly or dead?

The answer: water pollution. And yes, it's a huge problem. Jaclyn Lopez, director for the Center for Biological Diversity, actually called it a crisis.

“I think it’s fair to call it a crisis. It’s not hyperbole when you see hundreds of manatees dying like this.”

Water Pollution and Our Gentle Giants

After much debate and testing, experts have determined that the primary cause of the spike in manatee deaths is none other than water pollution. Let me explain.

Water pollution isn't necessarily killing the manatees directly, but rather is wreaking so much havoc on their environment that they are dying. It's a three-step, catastrophic process:

Manatees require a hearty diet of seagrass and other nutrients to sustain their massive bodies and keep a healthy metabolism.

Furthermore, manatees are considered a "sentinel species." That means that their welfare is an indicator of the welfare of the ecosystem that they live in, and really all of Florida. So if they're doing poorly, it means bad news for the rest of the ecosystem and our tax dollars.

A Recent Tax Increase for Water Pollution; One Example

When water is so polluted that it needs immediate attention, what happens? We need to fix it, right? Well, how do we fix it? Usually, tax dollars.

In just September of 2020, the South Florida Water Management District announced that they planned to spend over a billion-dollar budget to improve the water quality of a Florida lake. They intended to do so by using a property tax rate of $26.75 for every $100k of taxable property value.

This is just one example, but there are many more.

Are manatees dying off an indicator of a tax increase for Florida?

If water pollution continues as it is in Florida and the manatees continue to die off, what will happen? Obviously, the water quality will need to be restored to an acceptable level, one that will not harm the ecosystem or the manatees.

Based on past experiences with water pollution, it's safe to say that manatees dying off in mass droves could be a grim omen of a future tax increase for Florida.

Do You Have Increased Allergies or COVID-19? Here's How To Tell

If you've found yourself wondering if you have heightened allergies or COVID, you're not alone. Florida just had some wild weather, thanks to the Saharan Dust Cloud that passed over us. As a result, there's a lot of sneezing going around in the sunshine state.