Countdown to Kickoff: No. 91 Bernard Russ

By Christopher Hall
Posted by
MountaineerMaven
2021-06-05 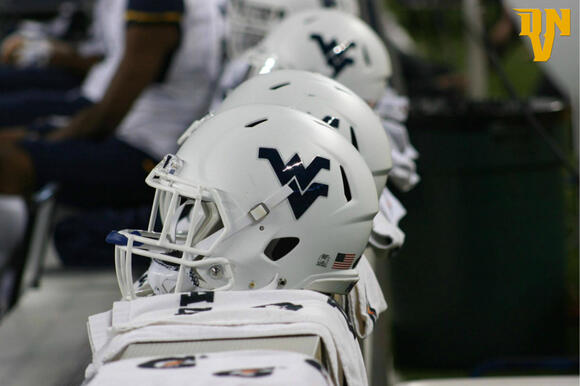 The West Virginia Mountaineer football team is 91 days from the 2021 season opener versus an old familiar rival, the Maryland Terrapins. As the countdown continues to kickoff by jersey numbers and Mountaineer moments, we highlight some of the greats ever to wear the old gold and blue. Today, we look at former linebacker Bernard Russ.

The Utica, NY native burst onto the scene in 1995. He was second on the team in tackles with 78 tackles, including two sacks and six tackles for a loss, alongside three pass deflections and two interceptions.

In his final season as a Mountaineer, the West Virginia defense led the nation in total defense, was No. 2 in rushing defense and turnover margin, and No. 4 in scoring defense. Russ led the squad in tackles with 88 and three sacks, six TFL's to go with three forced fumbles, five pass deflections, and an interception, earning Second Team All-East.

Following his career at West Virginia, Russ played three seasons with the New England Patriots from 1997-1999. Then played a season in the XFL for the New York/New Jersey Hitmen in 2001 before playing a season in the Canadien Football League for the Saskatchewan Roughriders in 2002.

Alabama and Georgia are in the mix to land just about every five-star recruit these days. The same could be said for Arch Manning and his recruitment. That’s right. Both SEC juggernauts are officially in the race to land Manning. Alabama and Georgia join Clemson, LSU and Texas. All five are viewed as the current leaders in Manning’s recruitment.

BALTIMORE (WJZ) — A former Baltimore Ravens cheerleader Summer Wilson was featured in the Sports Illustrated Swimsuit Edition this year. Amid the pandemic, Sports Illustrated posted a virtual, open casting call — and Wilson was a finalist. On Monday, she was among the models featured in the special issue. A native of Greenville, North Carolina, Wilson was a Ravens cheerleader for five seasons. She retired to pursue a career as a model with Sports Illustrated Swimsuit, according to the Ravens. “I have only dreamed of is now REAL FREAKING LIFE. Catch me in the newsstands July 22nd!” Wilson posted to Instagram. View this post on Instagram A post shared by SUMMER WILSON (@summerdoingthings)

On Thursday morning, the Miami Hurricanes suspended a former top recruit after troubling allegations arose. The team suspended former top recruit Avantae Williams after police arrested him earlier in the week. According to a report from ESPN, Williams is facing three counts of aggravated battery of a pregnant person. “We...

During Tuesday’s SWAC Media Day, Football Hall of Famer and Jackson State head coach Deion Sanders walked out of an event after Clarion Ledger and USA TODAY Network reporter Nick Suss called Sanders by his first name before asking a question. Sanders claimed that reporters would get cussed out if...

What should the ACC & Syracuse do if Oklahoma & Texas opt to start next round of conference realignment?

On Wednesday, you were minding your own business, potentially tuning into the Coastal Division side of ACC Football Kickoff (media days), when the Houston Chronicle’s Brent Zwerneman dropped this explosive report. You’d be forgiven for thinking you’ve somehow been sent back to the summer of 2010 here. Though Texas and...

In what could be the most dangerous first game imaginable, considering there will be a new coaching staff and new players sliding into starting roles all over the field (especially at quarterback), the Longhorns host Louisiana. The Billy Napier coached Ragin’ Cajuns are one of the best, if not the...

The SEC is already a super conference with the likes of the Alabama Crimson Tide, LSU Tigers, Georgia Bulldogs and

Alabama Crimson Tide quarterback Bryce Young faces big expectations in 2021. Not only is Young expected to take the reins as the Tide's starting quarterback -- though not officially announced yet -- he's also reportedly approaching $1 million in NIL endorsements, according to head coach Nick Saban. The seven-time national...

8:40 AM PT -- The New York Jets have confirmed Knapp's situation is dire ... with head coach Robert Saleh asking for prayers for the assistant coach in a statement Tuesday morning. "Greg is such an amazing individual it is hard to imagine the challenge facing him and his family,"...

Awful news came out Thursday evening as longtime NFL assistant coach Greg Knapp died from injuries sustained after being hit by a car while biking over the weekend in California. Knapp spent a quarter-century as an NFL assistant, coaching the likes of Steve Young, Matt Ryan, and Peyton Manning, just to name a few.

Former NFL player Terrelle Pryor Sr. was uninjured after crashing his three-wheel motorcycle on Thursday morning. Pryor posted images and videos on social media (h/t TMZ Sports), writing that his motorcycle was "flipped twice from this dumb ass car chipping me." "Luckily still breathing and a scratch," he added. Pryor...

Last night the word began to spread that former Broncos quarterbacks coach and current Jets passing-game specialist Greg Knapp has been hospitalized after suffering serious injuries from a bicycle accident over this past weekend in California.

Texas State versus South Alabama has remained under the radar as one of the Sun Belt’s most competitive series. The two schools are each 3-3 all-time against each other, with the average margin of victory being 7.7 points and the home team winning every game. The endings of each game are often dramatic. In 2018, the Bobcats coughed up a 24-10 lead, failing to score after their first drive of the third quarter and giving up 25 unanswered points to lose 41-31 in Mobile. The next year, the Jaguars made it down to the 11-yard line with 1:15 left in the game but missed a 28-yard field goal to lose in San Marcos, 30-28.

The Green Bay Packers have decided to bring in notable tight end for a workout next week. Similar to recently signed Jacksonville Jaguar Tim Tebow, it’s another former quarterback who’s made the move to the pass-catching position. According to NFL Network’s Tom Pelissero, the Packers are bringing in tight end...

Roundtable: Will FSU stay in the ACC? Should it?

The college football world was turned on its head this week, with news that Texas and Oklahoma are seeking membership into the SEC. More than 24 hours after the explosive report from the Houston Chronicle rocked the college football world by breaking the news that the Texas Longhorns and Oklahoma Sooners are ready to abandon the Big 12 in favor of a move to the SEC, the forward momentum hasn’t stopped.

San Marcos will play its first District 26-6A opponent in week four of the 2021 season, hosting Lake Travis. The Cavaliers went undefeated in district play a year ago, going 5-0, including a 58-3 home win over the Rattlers on Oct. 9. But they shut down their regular season early due to COVID-19 concerns within the program, missing out on their game with Austin Westlake. The Chaparrals went on to claim the district title after going 6-0. Lake Travis was then knocked out in the first round of the playoffs, losing 35-21 to Round Rock, and finishing the season 6-1 overall.

The Kansas State football team is 52 days away from kicking off the 2021 season against Stanford at AT&T Stadium in Arlington, Texas. With game day just around the corner, the Collegian looks at the two players on the roster wearing No. 52 — junior linebacker Nick Allen and sophomore offensive lineman Taylor Poitier.