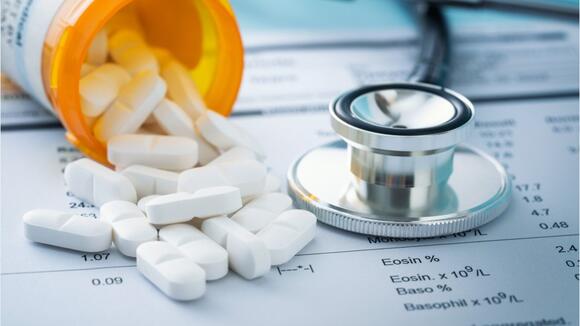 DEKALB COUNTY, Ga. — Medical records for hundreds of patients were found dumped along the side of a road in South Fulton County.

Channel 2 Action News has learned that those records contained everything from Social Security numbers to private medical information.

Channel 2 investigative reporter Justin Gray tracked down where the records came from. Hope Medical told him they moved the records to self-storage after a fire at their facility but didn’t pay the bill on time for the storage unit.

When Gray went out to the facility, he found hundreds of patient files marked personal and confidential from the Hope Medical, LLC in Stone Mountain, some 30 miles away.

Gray reached out to Alvin Phillips after finding his file in the pile.

“It almost kind of tells you no matter how cautious you are, your information can still end up in anybody’s hands,” Phillips said.

Pam Dixon is the executive director for the World of Privacy forum, a nonprofit that has been warning about dangers of medical identity theft.

“It’s very, very hard to understand how something like that would happen. It’s really problematic,” Dixon told Gray.

Union City police showed up to the facility after Gray was there and the officers took secure custody of the records that were full of patients’ person information.

So how did the medical files end up dumped?

Hope Medical said the files were moved to the storage unit following a fire at their office in 2018, but “There was an outstanding and overdue three months balance owed the storage facility. When the money was finally available for payment, the storage informed us that the clinic was a couple of days late, that the contents were sold off.”

Among those contents, the records contained with everything a person would need to commit identity theft.

The Federal Health and Human Services inspector general can levy civil penalties for violating HIPAA laws in cases like this.

HIPAA says doctors have to protect the privacy of those records for 50 years.

“If someone steals your medical identity, it can really, really cause problems. Debt collectors may come after you for surgeries or services you never had,” Dixon said.

ROCKDALE, Ga. — A Rockdale County high school student will face criminal charges after attacking her teacher inside a classroom. Channel 2′s Tyisha Fernandes was at Heritage High School on Friday where a ninth grader was caught on camera getting into an argument with her teacher and attacking her.
ROCKDALE COUNTY, GA・10 HOURS AGO
WSB Radio

JACKSON, Ga. — Pamela Sims says a van and a cell phone was taken from her 14-year-old son before he was shot and robbed while visiting a friend in Jackson, Georgia. “This is heartbreaking, it’s devastating,” Sims said. Sims says her son rode to Jackson with an...
JACKSON, GA・3 HOURS AGO
WSB Radio

SPALDING COUNTY, Ga — WSBTV’s Convoy of Care rolled into Griffin, delivering thousands of pounds of essential household supplies to the victims of severe storms and tornadoes two weeks ago. The supplies, which included toiletries, baby supplies, cleaning products and pet food and non-perishable food were donated by viewers and others at collections sites on Thursday.
GRIFFIN, GA・10 HOURS AGO
WSB Radio

‘What did he do:’ Grandmother wants answers after man shot on lunch break at Cobb Taco Mac

COBB COUNTY, Ga. — The family of a man shot and killed outside of a Taco Mac restaurant in Cobb County earlier this week is providing new details on his death. Larry Miller was shot in the parking lot of the Taco Mac on Cobb Parkway in the middle of a busy shopping center on Monday.
COBB COUNTY, GA・3 HOURS AGO
WSB Radio

ATLANTA — A European real estate company has purchased more than 50 buildings in a long-troubled section of downtown Atlanta. They bought five properties just this month alone. The company said that it plans to make a dramatic change to a neighborhood known for empty parking lots and vacant...
ATLANTA, GA・10 HOURS AGO
WSB Radio

FORSYTH COUNTY. Ga. — A man was arrested after officials say he set a house on fire Friday afternoon. Forsyth County Sheriff officials said the suspect started the fire at the Haddon Hall subdivision on Wimberly Way as part of a domestic dispute. Officials confirmed the victim involved in...
FORSYTH COUNTY, GA・3 HOURS AGO
WSB Radio

Film crews will cause lane closures in Fayette County

FAYETTE COUNTY, Ga. — Fayette County officials have announced there will be intermittent lane closures on State Route 92 for a few days so that film crews can film scenes on the highway. Crews will be filming on SR 92 at Lowery Road and Carson Road on Friday, Jan....
1 DAY AGO
WSB Radio

ATLANTA — Protesters across the country, including metro Atlanta, began demonstrations Friday night following the release of the Memphis police body camera video showing what led to the death of Tyre Nichols. Protesters gathered for a peaceful demonstration that called for a change to how policing is done in...
ATLANTA, GA・10 HOURS AGO
WSB Radio

Mother and child escape after man sets their apartment on fire

DEKALB COUNTY, Ga. — A mother and child escaped after a man set their apartment on fire, family members said. Fire officials said crews were called to extinguish a fire at the Creekside Corners Apartment Homes on Fairington Parkway in Lithonia. Officials added that they also received reports of...
LITHONIA, GA・1 DAY AGO
WSB Radio

Gwinnett home suspected as base for fentanyl trafficking ring, 2 arrested

GWINNETT COUNTY, Ga. — Investigators say a pair of fentanyl traffickers were running a drug operation out of a home in Loganville neighborhood. Police found guns, drugs and cash while searching the home before arresting two people and charging them with trafficking. “Whether it’s apartments, houses, expensive neighborhoods, not-so-expensive...
GWINNETT COUNTY, GA・2 DAYS AGO
WSB Radio

Georgia: SUV in crash was for recruiting, not personal use

Georgia athletic department officials say the vehicle involved in a crash that killed a football player and employee on Jan. 15 was to be used only for recruiting activities, not personal use. The University of Georgia athletic association provided that information in a statement to The Associated Press on Saturday,...
ATHENS, GA・6 HOURS AGO
WSB Radio

ATLANTA — Atlanta police are searching for people seen on surveillance video in an effort to learn what happened to a 13-year-old murdered near a skating rink. Deshon DuBose was shot in the parking lot of Cascade Family Skating on Martin Luther King Jr. Drive SW on Saturday night. He was taken to Grady Memorial Hospital and later died.
ATLANTA, GA・4 HOURS AGO
WSB Radio

Protesters gather in Atlanta, other cities in wake of Nichols police video release

A total of 16 cars were broken into early Thursday morning by five teenagers, according to the Dunwoody Police Department. Dunwoody police officers arrived at an active car break-in in the parking lot of Peachford Hospital. Once police arrived, the teens ran away. The teens were found climbing the fence...
DUNWOODY, GA・2 DAYS AGO
WSB Radio

GWINNETT COUNTY, Ga. — A court hearing on Friday revealed new details about a murder-for-hire plot that ended with a woman’s death at a Gwinnett County car dealership. The alleged hitman said he planned to also kill the man who hired him, according to detectives. Channel 2 Action...
GWINNETT COUNTY, GA・20 HOURS AGO
WSB Radio

Police are investigating after officers found a possible explosive device inside a car that crashed in Cartersville on Thursday. Originally, police received a call about a crash in the area, according to a news release. Police said they arrested the car’s driver for driving under the influence, who also had...
CARTERSVILLE, GA・2 DAYS AGO
WSB Radio

KENNESAW, Ga. — Police have named the two men they believe are responsible for breaking a Kennesaw State University student’s nose and ripping out his dreadlocks. Jalique Rosemond said he was attacked at the West 22 Apartments on Saturday night by two men yelling racial slurs at him.
KENNESAW, GA・10 HOURS AGO
WSB Radio

One person dead after argument in SE Atlanta hair salon

ATLANTA — Officers said one person is dead after a shooting inside of a salon in southeast Atlanta. Police said they were called out to In The Mixx hair salon on 205 Moreland Ave SE about a person shot. When they got to the scene, they found a person...
ATLANTA, GA・2 DAYS AGO
WSB Radio

ATLANTA, Ga. — A multiple-vehicle crash on Interstate 75 North closed all lanes for about 50 minutes Wednesday afternoon. The crash happened around 3 p.m. north of Mt. Paran Road (exit 256). There are multiple Atlanta police cars, an ambulance, a Georgia State trooper vehicle, and a fire truck...
ATLANTA, GA・3 DAYS AGO