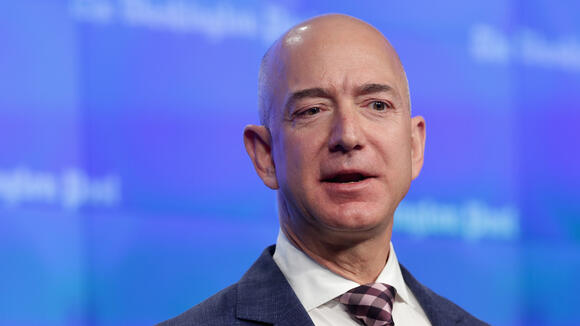 It’s easy to roll our eyes at outlandish spending from billionaires – say, buying NFTs or yachts – but their spending is good for the overall economy . Their savings, however, are not so good, according to new findings published in the Chicago Booth Review, which reports that the 1% has “buried” the middle class in debt with their saving habits.

See: The Hype Around NFTs: What Are They? And How Pricey Do They Get?
Find: These 15 Billionaires Got Richer During the Pandemic

A Harvard study tracking credit card debt resulted in similar findings last June. This time, Amir Sufi, a professor at the University of Chicago, discovered that the top 1 percent of households in the US currently have just as much influence as emerging-market economies in fueling the debt of the bottom 90 percent. Here’s what happens when that money sits in what is essentially “financial storage,” rather than being spent on goods and services.

Sufi and the economists he worked with looked at the glut of savings on world markets. One of the reasons that interest rates are so low is that there is a big supply of money relative to demand. At a basic level, banks take funds from savings accounts and lend them out to earn interest. With so much money available to loan out, banks heavily promote mortgages, credit cards, student loans, and other products that bring in interest income.

Likewise, treasury interest rates have been so low that the US government has had a massive incentive to run up the deficit to $3.1 trillion, about 15% of GDP. As long as wealthy individuals and corporations have large cash balances, they will look to earn interest through lending.

The inequality in income gives households with less money than the 1 percent an incentive to borrow. Saving up for a down payment on a house or car is hard when interest rates are low. The costs of borrowing are small, and that gives people an incentive to borrow for what they want or need rather than save up for it. The problem, of course, is that debt has to be repaid. This makes it harder for households to save money.

Debt is productive if it leads to benefits that create wealth. If a government borrows money for roads and bridges, that makes it easier for people and goods to get from place to place. If it borrows money to give tax cuts to people who are already wealthy, then it isn’t productive. Likewise, student loans are considered to be productive because they allow most borrowers to earn more money.

However, the borrowers have less money to spend on cars, clothes and furniture as they pay off their student debt.

See: Student Loan Moratorium is Set to Expire Soon – Here’s What to Do If You’re Worried You Can’t Pay
Find: Homeowner Stimulus Checks Are Coming – How to Get Your Money From This $10B Fund

The researchers support tax reform as one way to give the government interest-free debt and to encourage the wealthiest to spend more money. The more yachts they buy, the less money you will have to borrow. But critics of the relationship of tax reform to what actually happens to the money of the ultra-rich say that these approaches are unlikely to work – and they might even be unconstitutional . Either way, there is a lot of money out there being held onto by a very tiny amount of people – and that’s directly impacting your finances.

This article originally appeared on GOBankingRates.com : The Ultra-Rich Are Saving Their Money Instead of Spending It – Now the Middle Class Is ‘Buried’ In Debt

I have no credits cards and no car loans. If I don't have the cash to pay for it I dont buy it. This was a hard lesson to learn after getting into credit card debt.

We have regressed back to the days of when we were a colony owned by the British king and his aristocracy class when they were fabulously rich while the American colonists struggled to survive.

7 Reasons Why You Might Not Receive Social Security Benefits

Social Security is a lifeline for millions of retirees and other older Americans who are still in the workforce. Making sure you qualify for every dollar you've got coming to you is not a step you...
INCOME TAX・19 HOURS AGO
GOBankingRates

A common financial rule of thumb is that you should have $1 million saved for retirement, but this piece of advice may now be outdated -- you may actually need roughly double that. At least, that's...
ECONOMY・19 HOURS AGO
KXLY

Can Social Security Save Your Retirement When Your Nest Egg Falls Short?

Most of us know by now that it’s important to set money aside for retirement. But doing so is often easier said than done. It’s hard to allocate a chunk of our paychecks to an IRA or 401(k) plan when life’s expenses keep popping up. And so it’s easy to see why so many people end up approaching retirement with little money to their name.
PERSONAL FINANCE・8 HOURS AGO
GOBankingRates

The Financially Savvy Female: 3 Money Moves Every Woman Must Make, According to Rachel Cruze

GOBankingRates wants to empower women to take control of their finances. According to the latest stats, women hold $72 billion in private wealth -- but fewer women than men consider themselves to be...
PERSONAL FINANCE・18 HOURS AGO

11 Basic Money Moves Everyone Should Make During Hard Times

The coronavirus pandemic has taken a major hit on the economy and the personal finances of workers across the country. The national unemployment rate was as high as 14.7% in April 2020. It's down to...
PERSONAL FINANCE・1 DAY AGO
GOBankingRates

How To Make Yourself a Retirement Millionaire

Saving for retirement is more important now than ever. After all, in 2020, just 15% of employees working in the private sector had access to defined benefit plans (also known as pensions). And that...
ECONOMY・5 HOURS AGO
GOBankingRates

Survey: 75% of Retirees Are Not Leaving a Nest Egg, Would Rather Spend Golden Years ‘Living It Up’

COVID-19 caused more baby boomers to retire in 2020 than in any other year, and while traditionally retirees make more frugal spending decisions to leave a financial legacy for their family, this...
PUBLIC HEALTH・1 DAY AGO
GOBankingRates

Approximately a third of  Gen Z adults -- those aged 18 to 24 -- don't have any kind of debt, with three-fourths having less than $10,000 in debt, including student loans, a new survey finds. A new...
PERSONAL FINANCE・1 DAY AGO

Despite limited access to physical stores during the onset of the pandemic, retail credit card asset-backed securities were not affected by store closures and did not lead to increased defaults,...
RETAIL・1 DAY AGO
theeastcountygazette.com

The call for a fourth stimulus check continues for many desperate Americans. The nonpartisan Senior Citizens League even recently reported that seniors have skipped meals and essential medication due to steeper costs of living. On the other hand, IRS also updated about the delays in the delivery of the September Child Tax Credit.
PERSONAL FINANCE・2 DAYS AGO
GOBankingRates

Social Security Eligibility: What It Takes to Receive Max Monthly $3,895

How Do Bank Deposits Work?

Bank deposits keep your money safe and accessible. Find out how they work for different types of bank accounts and how to withdraw your money when you need it.
PERSONAL FINANCE・2 DAYS AGO
The Independent

The hardships some households are facing due to the collection of historic tax credit overpayments must be reduced, a charity has said.StepChange Debt Charity said some people are unable to pay for essentials.Tax credit overpayments are among the debts collected through deductions from Universal Credit following a previous agreement between HM Revenue and Customs (HMRC) and the Department for Work and Pensions (DWP).According to StepChange’s survey data, 98% of clients experiencing such deductions struggle to cope, and 59% borrow to cover the shortfall.Nearly nine in 10 (89%) clients surveyed had a payment taken which they could not afford.We depend...
PERSONAL FINANCE・2 DAYS AGO
abovethelaw.com

Most people calculate and report how much tax they owe by themselves instead of having the government determine it for them. But some people don’t tell the truth or are unable to calculate their income. As a result, there is a tax gap which is the difference between what the government should be collecting if everyone was telling the truth and what people actually pay.
INCOME TAX・3 DAYS AGO
MarketWatch

Billionaires’ income taxes are a tiny fraction of what they make, and get ready for a lot more spam texts

How Millennial Women Can Take Control of Their Debt

GOBankingRates wants to empower women to take control of their finances. According to the latest stats, women hold $72 billion in private wealth -- but fewer women than men consider themselves to be...
ECONOMY・2 DAYS AGO
Financial-Planning.com

Almost from the day he started his wealth-management firm in 2014, Russ Charvonia would get unsolicited emails offering to buy the company. He’d send them directly to his trash folder. But like hundreds of other managers this year, Charvonia eventually took the plunge. Last month, his Ventura, California-based Channel Islands...
ECONOMY・2 DAYS AGO
GOBankingRates

15 Money Myths That Can Destroy Your Retirement

According to a GOBankingRates survey, 64% of Americans will retire broke. Furthermore, the annual Retirement Savings survey found that 46% of respondents had $0 tucked away for their golden years....
PERSONAL FINANCE・3 DAYS AGO
GOBankingRates

Despite the circumstances of the global pandemic, millennials and Gen Z were more financially confident than they were before 2020. According to a survey conducted by OnePoll on behalf of Laurel Road,...
PERSONAL FINANCE・3 DAYS AGO
Entrepreneur

How to Save Money for a New Business

How much does it cost to start your own business? Well, that depends. However, according to the Small Business Administration, most micro-businesses cost approximately $3,000 to launch, while most home-based franchises cost between $2,000 and $5,000. Yeah — I’d say that’s really conservative. In the scheme of things, that’s not...
SMALL BUSINESS・3 DAYS AGO