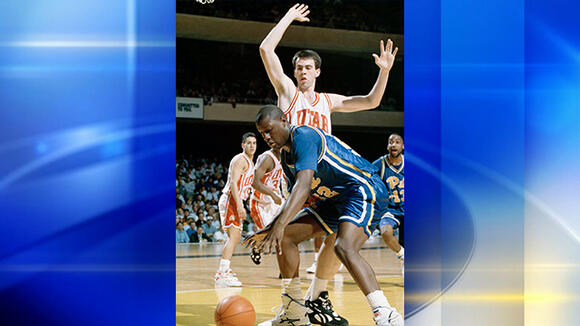 PITTSBURGH — The University of Pittsburgh basketball program confirmed on Twitter that former center and NBA first-round draft pick Eric Mobley has died. He was 51 years old.

The 6′11″ center averaged more than 10 points and nearly 7 rebounds a game in his 3 years at Pitt. In his final year, those averages jumped to 13 points and nearly 9 rebounds. Before coming to Pitt, he played for a year at Allegany Community College.

The Milwaukee Bucks selected Mobley with the 18th pick in 1994.

He played in the NBA for 3 seasons, the last two with the Vancouver Grizzlies, and averaged nearly 4 points and more than 3 rebounds.

Mobley’s cause of death hasn’t been released.

Kenny Smith details just how miserable the culture of the Sacramento Kings was, having spent 3 years with them
SACRAMENTO, CA・1 DAY AGO
The Big Lead

Tragic news has struck the world of professional wrestling with the word that one of wrestling's biggest stars has lost his life at the age of 38. Celebrity entertainment outlet TMZ, which is known for breaking the news of many deaths of famous people around the world, broke the news of the death of legendary wrestler Jay Briscoe, who has tragically died in a car crash at the age of 38.
1 DAY AGO
USA TODAY

WASHINGTON — Nicklas Backstrom was grumpier than his usual self the morning before he and the Washington Capitals faced the Pittsburgh Penguins. “It happens sometimes when you’ve lost two in a row,” he said. By the end of the night, Backstrom flipped the mood by scoring the...
WASHINGTON, DC・2 DAYS AGO