Posted by
Malinda Fusco
18 days ago 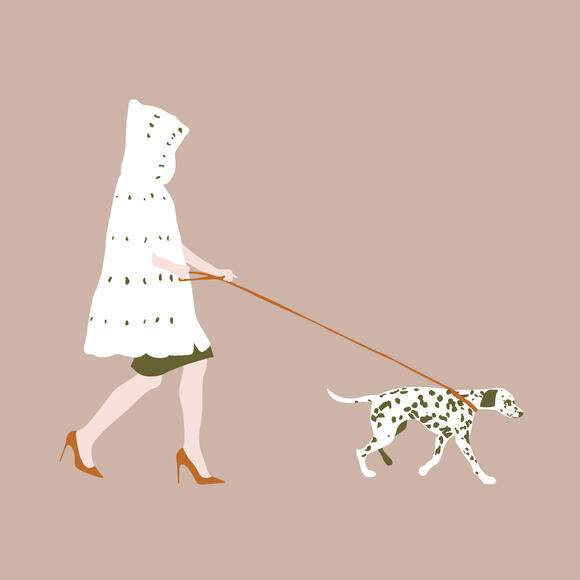 Have you ever seen a movie and left the theatre inspired to try a new hobby, become a superhero, or even just get a new pet? You're not the only one. After the re-release of 101 Dalmatians, thousands of people ran out to buy the adorable spotted dogs. Little did they know, they were contributing to a massive Dalmatian genocide, and the second wave is yet to come.

This article takes a look at what happened the last time Americans were inspired to mass buy Dalmatians, why Dalmatians aren't for everyone, and how you can help! 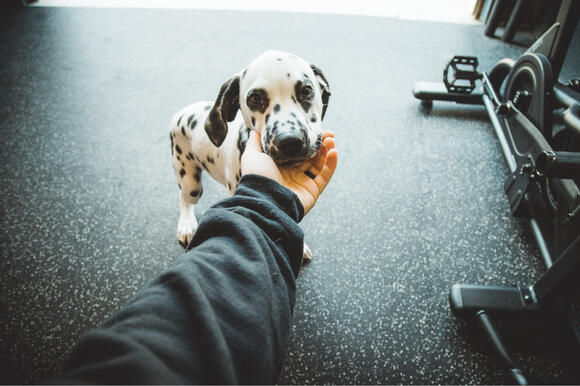 Back in the 1900s, when the remake of 101 Dalmatians (a truly beloved film) was released, Americans left theatres inspired. The adorable dogs seemed like the perfect pet! The number of Dalmatians purchased skyrocketed. One year, the American Kennel Club reported an increase from the average annual 8,170 dogs to 42,816.

However, in 1993, the number of Dalmatian owners took a sharp turn in the opposite direction. According to Schatzie Speaks, this sudden decline was absolutely unprecedented.

"Equally as impressive as their initial surge, Dalmatians now showed the most abrupt decline of registrations of any breed in AKC history."

Sadly, as the demands of being a Dalmatian owner set in and owning a Dalmatian became less of a hot topic, owners got rid of their pets, tossing them in overpopulated shelters...

History repeated itself when the live-action remake of 101 Dalmatians was released. And now that Cruella is out, people fear that another Dalmatian genocide is upon us.

They May Be Cute, but Dalmatians Aren't a Breed for Everyone

Despite being super adorable, Dalmatians aren't a dog breed for the average owner. They are affectionate, yes, but their high energy has some demands of its own. According to Dog Time, they need lots of exercise opportunities.

In addition to needing a lot of exercise, they also require special diets to prevent hereditary diseases and health issues. They aren't good dogs if you have a small space or apartment, and they shed a lot. Dog Time rates them as a 5/5, meaning they shed more than most breeds.

The good news is, you can help.

How Can We Help Protect Dalmatians?

Owning any pet is a huge responsibility and commitment. If you know of someone who is looking to get a Dalmatian, perhaps discuss the following things with them:

— Dogs, and pets in general, are something that makes our time on this planet a lot more enjoyable. Whether it’s their unending curiosity or pure innocence, they always bring happiness and joy to us. Not to mention the cuteness of puppies that is only rivaled by kittens and human babies. However, many will argue that puppies are much cuter than either of the mentioned.

Give ‘Best In Show’ for bedroom pop to Cavetown. The dream-pop enchanter tells HollywoodLife about the themes behind his new EP, why dogs are incredible, and more. There is a certain intangible softness on Man’s Best Friend, the new release from DIY indie-pop star Cavetown. Over the course of seven songs, Cavetown delivers the sonic equivalent of a ray of sunshine on the back of an outstretched hand as it hangs from an open car window during a directionless Sunday drive. The vibe on Man’s Best Friend could be considered romantic, even when Cavetown (Robin Skinner) touches upon themes that certainly aren’t — emotional turmoil (“Idea of Her”), self-destruction (“Ur Gonna Wish U Believed Me”), and being trapped in a toxic relationship (“Guilty”).

I think of my father the most in June. With both Father’s Day and the 10th anniversary of his death falling this month, I can’t help but reminisce on some of my fondest memories. My avid outdoorsman father decided our family needed a dog. He envisioned a well-trained hiking, hunting and fishing companion and set out to find a puppy who fit the bill. Sugar, a rambunctious chocolate lab, seemed to be a perfect match. Even at a young age, she had beautiful lines, an overabundance of energy, and a sweet personality.

Did you know tortoises can live up to 80 years!? I didn’t. I was introduced to the vast world of tortoises right in my neighbors’ backyard. I babysat my neighbor’s tortoises, White Castle and Grammy. From there, I interviewed a young expert on these animals and observed how they live on a daily routine. I also found some fun facts on African spurred tortoises and grew an appreciation for these kinds of animals.

Why Do Dogs Steal Your Spot on the Couch as Soon as You Get Up?

The mercurial nature of a dog is part of what makes them fun to be around. Why do they like to lick glass? Why do they turn into Olympic sprinters after a bath? Why do they dig, prompting said bath?. Once they’ve exhausted themselves digging and stress-bathing, why do they...

A Dalmatian from Orlando that performs tricks at a Universal Orlando show stars in Disney’s live-action “Cruella,” which recently debuted on Disney+ and in theaters. In the film, Parker, who was rescued from a shelter in Missouri in 2017, plays one of three Dalmatians owned by The Baroness. “Parker was the one, from what I was told, that actually was used for most of the scenes because the ...

The past week’s weather was an improvement on the prior week’s hail, rain and muggy heat. I say just about anything would be an improvement. I have been busy with friends, out sitting in fields, sighting in groundhogs and shooting at the club, in between bouts of storms. I hear...

Cats star in some of the most viral videos on the internet, and some even grow to celebrity status on Instagram with millions of followers (looking at you, Nala Cat). Yet some of the coolest cats remain undiscovered at shelters and rescues across the country. Since cats are also the most at-risk pets across America, accounting for 69 percent of animals killed in shelters, it’s crucial to find them loving homes.

The "Pooch Selfie" Takes Photos With Your Dog to Another Level

Pooch selfies will bring a smile to just about anyone's face. Thanks to social media, they are everywhere filling pet lovers' needs to see cute puppers in their best poses. TikTok is filled with pups trying to get the best pooch selfies. Cute dogs are putting their best paws forward to the delight of dog lovers everywhere, trying to get the ideal pose. Many pet lovers attempt to get their pooches to take adorable selfies. However, it can be rather tricky. Dogs have a hard time focusing directly on the camera, especially if other things are going on around them.

Animal expert Cathy Rosenthal addresses two reader concerns: a sad dog grieves his dog pal’s death, and a cat meows all night long. Dear Cathy: We just had to put our 15-year-old mini poodle mix down as he was unwell and suffering. His half-sister is one month apart in age, and they have never been separated. We adopted them together. They slept on top of each other, ate out of the same food bowl (although we always provided two), and drank out of same water bowl. She is getting sick over this now. She waits at the door for him, doesn’t sleep at night, jumps up at every sound, and wanders around looking for him. We don’t know what to do. We can’t get another dog at this point to keep her company. Do we remove his bed from next to hers? What can we do for her?

‘Cruella’ goes crazy at the movies

“Cruella” is a wild tale of everyone’s favorite Dalmatian-hating, split haired villain from Disney. The film, directed by Craig Gillespie, stars Emma Stone as the titular Cruella de Vil at an earlier time in her life before her escapades with Dalmatians. The film is a prequel and features younger versions of characters from the original “101 Dalmatians” film including Anita Darling, portrayed by Kirby Howell-Baptiste, Roger Dearly, portrayed by Kayvan Novak, and Cruella’s bumbling henchmen Horace and Jasper, played by Paul Walter Hauser and Joel Fry, respectively. The film is a prequel telling the story of how Cruella de Vil became her mighty and devilish self.

Cruella De Vil is the main antagonist of Disney's 1961 animated feature film 101 Dalmatians. She is an eccentric, fashion-obsessed heiress who wishes to use the skins of 99 Dalmatian puppies to create a spotted fur coat. Regarded as a "witch" and "devil woman", Cruella's infatuation with furs drives her to murderous insanity. She commits immoral acts to satisfy her mania, such as kidnapping and slaughter. In her mad pursuits, Cruella is typically aided by her henchmen, Jasper and Horace.

According to a new study by University of Arizona researchers, puppies are born with human-like social abilities that allow them to converse with humans from a young age rather than learning later in life. An important part of Domestication History, "Animals with a knack for Human communication could have been selected in the wolf populations that gave rise to dogs centuries ago," said Dr Bray, one of the study's primary researchers.

The dog vs. cat rivalry melts away when this German Shepherd meets kittens for the first time in the "awww"-worthy video. One curious German Shepherd dog finds himself face-to-face with an adorable batch of kittens. The brand new kittens get a sweet introduction to their new dog friend. Meeting of...

Cruella, things you may not have seen in the movie

As we have previously informed you in The Truth News, one of the most important films for Disney Plus est 2020 it is without a doubt, Cruella.. This story shows us Emma Stone bringing back one of the most iconic characters in the world of tales from the giant entertainment company.

We’ve all been in this nightmare parenting scenario: the favorite stuffed animal goes MIA and a meltdown is imminent. But what if there’s a way to save hours of tears and searching? GUND is partnering with Chipolo, a Bluetooth tracking device and you’ll get a free tracker when you make any purchase over $50 online!

Arch Enemy​’s Alissa White-Gluz has joined forces with Powerwolf for a new version of their huge 2018 single Demons Are A Girl’s Best Friend. “I enjoyed putting a woman’s spin on Demons Are A Girl’s Best Friend, altering the lyrics to fit a strong message of female empowerment and delivering them with a mighty roar!” she enthuses. ​“Thanks to Powerwolf for being open to having their song reconstructed like this!”