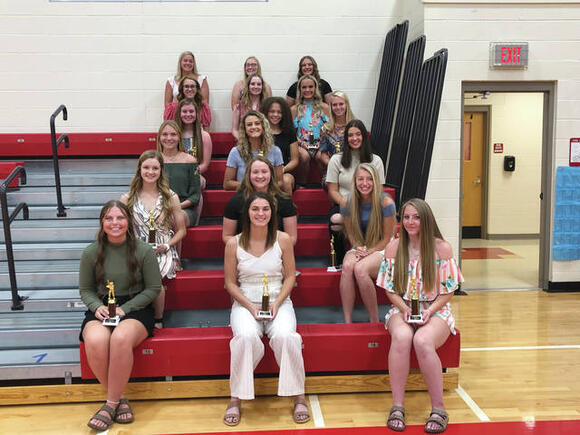 To cap off another exciting season of high school spring sports, the Southern Hills Athletic Conference handed out awards to this year’s league champion softball teams, softball all-stars, the softball co-players of the year, and the softball co-coaches of the year during the annual SHAC Spring Sports Awards Banquet held May 24 at Eastern High School.

The Eastern Lady Warriors finished their regular season as the SHAC Division I champions with a 7-6 record, while finishing runner-up were the Ripley-Union-Lewis-Huntington Lady Jays with a record of 6-7.

Finishing as league co-champs of the SHAC small school division were the Fayetteville-Perry Lady Rockets and the Fairfield Lady Lions with conference records of 11-2.

Finishing runner-up in the SHAC small school division was Manchester.

When fall sports begin in roughly one week, fans in the Southern Hills Athletic Conference will have a new place to go to find stats, schedule