Sanjay Kapoor on Madhuri Dixit: Never felt I was working with a superstar 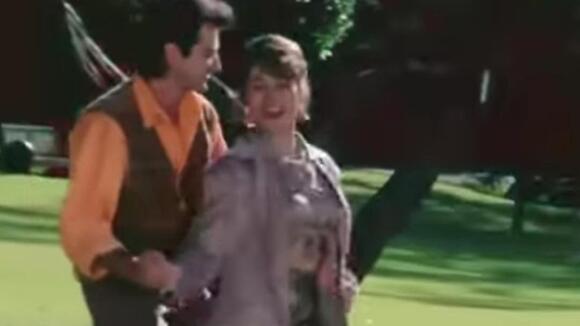 Mumbai, June 2 (SocialNews.XYZ) The Madhuri Dixit-Sanjay Kapoor starrer "Raja" released 26 years ago on this day. Recalling memories of his first day at shoot with Madhuri, Sanjay said he never felt like he was working with a superstar.

The songs of the film became popular on release, and Sanjay recalled the shoot of the title song, "Kisi din banungi main raja ki rani, zara phir se kehna" in Ooty. The song was filmed on Madhuri and him.

Sharing a video of the song on Instagram, the actor wrote:......

New Delhi [India], July 25 (ANI): Bollywood star Madhuri Dixit treated fans with a special video of her grooving to the popular song 'Kajra Mohabbat Wala', by Shashaa Tirupati on Sunday. Madhuri took to her Instagram handle and shared a short clip where she can be seen performing to the...

New Delhi [India], July 31 (ANI): Treating her fans with a gorgeous picture of herself, Bollywood star Madhuri Dixit on Saturday reminisced about the struggles that made her the person she has become today. The 'Dhak-Dhak' girl of Bollywood, dug out a mesmerizing picture of herself from one of her...

It's a wrap for Vikrant Massey-starrer 'Love Hostel'

Mumbai (Maharashtra) [India], July 31 (ANI): Actors Vikrant Massey, Bobby Deol and Sanya Malhotra, on Saturday, finished the shooting for their upcoming movie 'Love Hostel'. The 'Haseen Dillruba' actor took to his Instagram account to share the news along with a happy picture with his co-stars and director Shanker Raman.

Fetty Wap is one of the most prominent and well-known rappers who has gained a huge reputation and fame for his number of albums. The rapper is hitting the headlines for revealing his fifth child’s mother. Yes, you read it right that one of Fetty’s babies’ mothers is Turquoise Miami. According to recent reports, his fifth child passed away on Tuesday. As we all know that Fetty Wap is blessed with six children with five different women. Fetty Wap is a famous American rapper who is credited for a number of albums. In this article, our viewers will come to know more about the rapper and her ex-girlfriend Turquoise Miami.

Will Smith and his wife, Jada Pinkett-Smith, were saddened to deliver the news that a dear friend has passed away on Friday and they both paid tribute in their own ways. The longtime couple took to Instagram independently to pay their respects to American rapper, Biz Markie, who died with his wife by his side.

Longtime soap opera actor Jay Pickett has died -- this while he was actually doing his job in front of the camera. Jay passed Thursday on the set of a new film he was working on called "Treasure Valley" in Idaho -- so says his costar and co-producer for the flick, Jim Heffel, who shared the tragic news on Facebook ... explaining he actually died while they were preparing to shoot a scene.

Miranda Lambert shared some upsetting news with fans on Thursday that will no doubt affect her ex-husband, Blake Shelton. The country superstar took to Instagram to announce the sad death of her beloved dog Jessi, who she welcomed into the home she shared with Blake back in 2008. Blake and...

Turquoise Miami, the mother of rapper Fetty Wap’s daughter Lauren, announced on Saturday (July 31st) that their 4-year-old has passed away. “This is my amazing, beautiful, funny, vibrant, loving, talented, smart, and hardheaded princess mermaid Aquarius,” Turquoise writes in an Instagram post, which features Fetty Wap’s daughter playing in a pool.

In 1979, singer-songwriter Minnie Riperton died of cancer, leaving behind her husband, Richard Rudolph, a lookalike daughter Maya, and son Marc Rudolph, who are doing well for themselves now. The death of a loved one can leave a permanent scar in the lives of those they left behind. This was...

Billie Eilish Laughs Off TikTok Critics Who Claim She's in a 'Flop Era': 'Eat My Dust'

Billie Eilish is dismissing her detractors. In a recent TikTok post set to her song "NDA," the 19-year-old artist shared a video of herself smiling and rolling her eyes with text on the screen that read, "is it just me or is billie in her flop era like why does she suck now..." Eilish wrote in the caption that this type of comment is "literally all i see on this app" lately.

Kelly Osbourne is mourning the loss of her dog Polly, opening up with her fans and followers about the emotional situation. The 36-year-old TV personality took to Instagram to share a beautiful photo of her Pomeranian dog, and explained that her cause of death was due to a pulmonary defect.

Ola Ray, the lucky girl who got to play Michael Jackson’s girlfriend in the legendary “Thriller” music video, is now 60 and a mother of one. Time has done wonders for her appearance, although fans have noticed she looks way lighter these days. Michael Jackson’s “Thriller” went down in history...

Alfonso Ribeiro made a name for himself in Hollywood with the iconic role as Carlton Banks on the hit ’90s sitcom, The Fresh Prince of Bel-Air. The show became a fixture in Black households across America, particularly with many favoring the character of Carlton specifically. However, the seasoned actor who plays him isn’t feeling the love from his community in real life, and the reason being due to his marriage to a white woman.

Al Roker has three children who he is incredibly close to which is why saying goodbye to them is so hard. The Today show weatherman surprised fans on Saturday when he revealed his youngest daughter, Leila, had jetted to Tokyo to also report on the Olympics. While he was ecstatic...

Although Brad Pitt is one of the most famous actors on Earth, the Hollywood icon comes from humble roots. However, his parents have managed to be a part of his stellar career and even his controversial love life. With numerous accolades to his name, including two Academy Awards and two...

Longtime couple Kevin Bacon and Kyra Sedgwick stunned fans with some unexpected news they couldn't wait to share. The Hollywood stars were delighted to announce they will once again be working together on a new project and fans could barely contain themselves. Kevin will be following his wife's orders as...

Jedidiah Duggar is showing off a few cute pictures with his wife, Katey Nakatsu on social media, and fans are loving it. It turns out that Jedidiah has a very good reason to share a new post about his wife. Shortly after Jedidiah and Katey got hitched, his oldest brother...