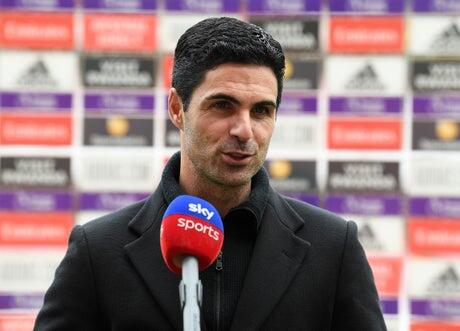 Arteta was appointed manager in December 2019 as a replacement for Unai Emery and has struggled somewhat in the time since.

The former Gunner led Arsenal to the FA Cup trophy in 2020, but last season his side finished eighth in the Premier League as the club failed to qualify for European football for the first time in 25 years.

Arsenal also lost their Europa League semi-final 2-1 on aggregate against Emery’s Villarreal, and ex-Gunner and France defender Gallas has given his verdict on why Arteta hasn’t achieved what he perhaps should have. 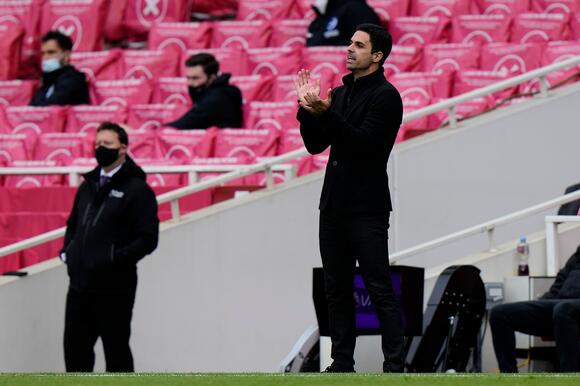 He told The Sun : “Mikel Arteta was not ready yet to manage a club like Arsenal.

“Okay, he was assistant coach at Manchester City, but he had never managed a team. It is completely different.

“The board made a mistake picking him. I’m sure he will be a great manager, but you need to have experience to manage a big club. To be honest, it is a great shame for the Arsenal fans after finishing eighth.

“Arsenal is not the same Arsenal we knew 18, 20 years ago. We had players who were strong, with strong personalities.”

Despite the disappointing season, Arteta is likely to remain in charge next term and has said he believes that the club are moving in the right direction.

He told Arsenal’s website: “I can tell you what I see and my feelings.

“Hopefully we can take the club where we want.”

Arsenal manager Mikel Arteta has made a promise to youngsters Folarin Balogun and Arthur Okonkwo. The Gunners have been known for giving youth team products, such as Reiss Nelson, Emile Smith Rowe and Joe Willock, a chance in the first team. Now Okonkwo and Balogun are emerging as talents among...

Jack Wilshere believes Gabriel Martinelli deserved more game time at Arsenal last season and admitted he was 'surprised' by Mikel Arteta's reluctance to play him. Martinelli made nine starts in all competitions after returning from a knee injury in December but was rarely used as an impact substitute when he was left out of the starting XI.

The Gunners boss has talked about what informed his team’s decision to sign the Cape Verde prospect from Benfica. Arsenal manager Mikel Arteta claimed the Gunners’ desire to have ‘more strength’ and ‘specific qualities’ informed the decision to sign Nuno Tavares. A graduate of Benfica’s youth setup, the 21-year-old signed...

Arsenal are interested in signing Chelsea forward Tammy Abraham this summer, according to reports. The 24-year-old has been linked with a loan switch to the Gunners, who are the favourites to land the English striker, a boyhood fan of the club. Abraham is looking for a move away from Stamford...

Arsenal are preparing a £30m move for Aaron Ramsdale as Mikel Arteta makes the Sheffield United goalkeeper his top target amid doubts over No 1 Bernd Leno... but the Blades are reluctant to sell

Sheffield United will hold out for around £30m for Arsenal target Aaron Ramsdale. Arsenal have made Ramsdale their preferred goalkeeper target but face a fight to prise him away from the Blades and have already had two offers rejected. Sheffield United re-signed their academy product Ramsdale from Bournemouth a year...

Mikel Arteta admits Emile Smith Rowe's No.10 shirt 'may be more than he can take'

Arsenal manager Mikel Arteta has admitted that giving Emile Smith Smith the No.10 shirt for the 2021/22 season is a gamble. Smith Rowe was handed the iconic number after committing his long-term future to the club by signing a new five-year contract on Thursday. The 20-year-old enjoyed a breakthrough campaign...

Mikel Arteta has been given a three-point to-do list by Arsenal legend Ray Parlour in the transfer window. It comes as the Gunners look to splash the cash in the summer with several arrivals already on the way ahead of next season. After a disastrous campaign, Arsenal are desperate to...

Arsenal: 6 changes to expect from Mikel Arteta next season

In Mikel Arteta's first 18 months with Arsenal, the club have finished eighth, twice. To say that the honeymoon period might be over for the ex-captain is perhaps the understatement of the century. Still, there are mitigating circumstances - namely a pandemic, club austerity and the fact that Arsenal knew...

JACK WILSHERE is 'surprised' that Gabriel Martinelli didn't get more game time at Arsenal last season. The Brazilian started just seven Premier League matches during the 2020-21 campaign, although was missing until December with a knee injury,. Wilshere, however, feels that boss Mikel Arteta could have turned to the Brazilian...

Former Tottenham star Jamie O’Hara has branded Arsenal a “mess” in an astonishing attack on the Gunners’ business in the summer transfer window. The Premier League side have already signed Albert Sambi Lokonga and Nuno Tavares as Mikel Arteta seeks to overhaul his underperforming squad. After boosting their options at...

Emile Smith Rowe has signed a new long-term Arsenal deal until 2026 – and been confirmed as their new No 10. Smith Rowe, a target for Aston Villa this summer, has committed his future to Arsenal and will also inherit the iconic shirt that has been vacant since Mesut Ozil's departure in January.

Arsenal are reportedly favourites to sign Chelsea's sought-after striker Tammy Abraham, with Mikel Arteta looking to wrap up a loan deal. The 23-year-old, who scored in a pre-season victory over Peterborough last week, has been made surplus to requirements by new Chelsea boss Thomas Tuchel and is expected to depart the club this summer.

Alexandre Lacazette, Nicolas Pepe, Folarin Balogun and Calum Chambers were all on target as Arsenal strolled to a 4-1 win over Millwall in a friendly. There was also a debut for new signing Albert Sambi Lokonga, with the Belgium U21 midfielder getting his first taste of action in a Gunners' shirt.

Arsenal boss Mikel Arteta has been tipped to "surprise a few people" this season as he looks to bounce back after a disappointing Premier League campaign last term. The Gunners failed to qualify for Europe for the first time in 25 years after slumping to an eighth place finish in 2020/21.

Mikel Arteta is not giving up on Leicester City star James Maddison as Arsenal look to sign a creative midfielder this summer. The Gunners boss has made it clear that he is a 'huge fan' of the English midfielder as multiple reports suggest he is personally driving the potential transfer.

Mikel Arteta is seemingly on the same wavelength as Rio Ferdinand after following through on the pundit's recent advice with a hat-trick of key decisions at Arsenal. The Gunners' boss has been putting the foundations in place to build a new era at the club after an indifferent first 18 months in charge.

Arsenal: Mikel Arteta must base rebuild around Emile Smith Rowe and Bukayo Saka

It looks certain to be a hectic summer of transfer ins and outs at Arsenal as Mikel Arteta tries to make his team competitive again. Nuno Tavares and Albert Sambi Lokonga have already signed and could be followed to the Emirates Stadium by Tammy Abraham, Ben White, James Maddison, Aaron Ramsdale and possibly others.

Hector Bellerin appears to be heading closer to the Arsenal exit door following reports Mikel Arteta is set to leave him out of his starting XI for the opening game of the season. The Spanish full-back has been heavily linked with a move elsewhere this summer amid suggestions he is...

Arsenal have been given the green light to sign Denis Zakaria after Borussia Monchengladbach sporting director Max Eberl admitted he wants to leave the club this summer. Zakaria, who has also been linked with a move to Manchester City during the transfer window, is one of many midfielders Mikel Arteta is looking at as he aims to add reinforcements in the middle of the park.

James Maddison is reportedly 'open' to a move to Arsenal with the club also meeting Tammy Abraham's wage demands. The two Premier League stars are at the top of Mikel Arteta's shortlist this summer as he looks for a creative midfielder and a striker to help rebuild the Gunners squad.