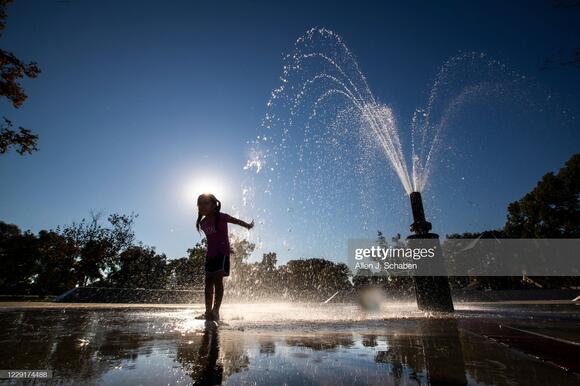 Dangerously hot conditions and triple-digit temperatures are forecast for the Western United States this week, leading to a wave of excessive heat warnings and heat advisories from Northern California and Nevada up to Washington.

Temperatures are forecast to reach as high as 107 degrees Tuesday and Wednesday in the San Joaquin Valley in Northern California, according to the National Weather Service, and temperatures that may be 16 to 18 degrees above normal for this time of year may break daily records in the Fresno area.

In Redding, California, temperatures reached 109 on Monday, breaking the record of 103 set in 2016, meteorologists said. An excessive heat warning will remain over portions of the Valley and foothills through Tuesday with highs between the upper 90s and 107.

In Nevada, Las Vegas saw its first 100-degree day of the year on Monday. Areas around the city and just across the California state line in Death Valley will be under an excessive heat warning from Wednesday morning through Friday night, the weather service said. Temperatures may climb up to 118 in Death Valley.

A heat advisory is also in effect through Thursday night for the central and southeastern portion of Washington, including the towns of Clarkston, Pomeroy and Bridgeport, the weather service said. High temperatures could reach the lower 100s. Similar sweltering conditions are forecast for portions of Western Oregon.

Hot weather is also forecast for Montana over Wednesday and Thursday with high temperatures climbing into the upper 80s and upper 90s. High temperatures could reach 15 to 25 degrees above normal, meteorologists said.

Warmer-than-average temperatures have been the trend in recent memory. Last year tied 2016 as the hottest year on record, according to European climate researchers. To complicate matters, a severe drought is ravaging the entire western half of the United States, from the Pacific Coast, across the Great Basin and desert Southwest, and up through the Rockies to the Northern Plains.

Meteorologists have advised residents to stay hydrated, wear light clothing when outside, limit outdoor exposure and be mindful of any signs of heat related-illnesses such as heat stroke and heat exhaustion. Older adults and children are the most vulnerable, the weather service said.

An undated photo provided by Yvonne Lopez of herself with ex-partner Jesse Ruby, left, who died in January of 2021 from COVID-19, and his sons Jesse Jr. and Joseph. (Yvonne Lopez/via The New York Times)