3 Movies that were filmed in McAllen 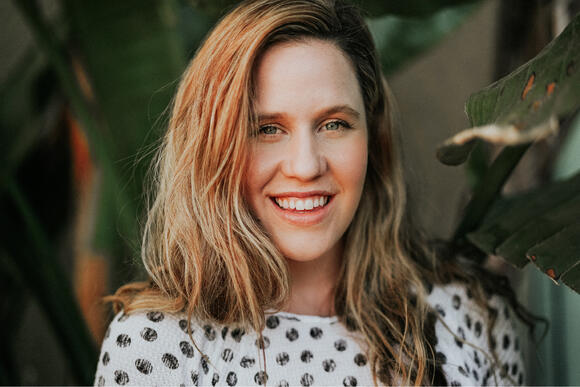 McAllen is a charming city as the city is located at the southern tip of the state in the beautiful Rio Grande Valley.

The city is home to 143,268 residents and this is the fifth most populous metropolitan area in the state of Texas. McAllen was one of the major cities where the state’s irrigation took place and currently the city's economy is mainly based on international trades.

By being on a beautiful valley, the city has provided great locations for many successful movies and some of them are as follows.

Alexandra is a young girl who loses her mother at the Mexican American border by ICE agents in Texas and while she was left on the road alone crying, a local social worker named Sloane finds her. Sloane tries to finds a temporary foster home for this terrified little girl and finally, she managed to find one where Alexandra could be kept under the protection of a woman named Chloe who has also lost her family a few nights before Christmas a few years ago. As Chloe and little Alexandra both are heartbroken due to the loss of their loved ones, an unexplained bond starts to grow between the two of them.

The movie shows how people bear up the losses of their loved ones despite their age and the pain is the same for everyone.

The Investigators: When Truth Calls (2019)

A horror drama written and directed by Cristy Ecaymusquiz.

Ernesto Richardson has been in encounters with Jesus Christ as a young boy and has a graceful faith in god. As he becomes older also he stays faithful to god unlike others in his family. Ben, Ernesto's brother in low is in a very critical condition where nothing could save him other than God. Ernesto decides to ask God for help remembering the encounter he had when he was a little boy. Would he be able to help his brother-in-law?

The movie revolves around the importance of faith in God who believe in God, as children as well as adults.

A thriller story written and directed by David Carren

Gabriella Salinas, a young girl who is eager to know about her mother who died during childbirth on the muddy banks of Rio Grande. Even though she keeps on asking about her mother from her father he doesn't reveal much about the mother other than the fact that she was an immigrant from Nicaragua. She is determined to find information and surfs the internet throughout the day hoping for a clue about maternal side connection and she finds that everything she was told about her life by her father, was a lie. Facing many strange things and learning many perspectives about life and death, she finally finds a way to connect with her dead mother, and surprisingly she is not terrified. What do you think about this spirit and human connection and for how long you think it will last?

Which one is your favorite among these? Please let us know if you know more...

Movies with the main filming locations in Maine

Maine is a state in the New England region of the United States, bordered by New Hampshire to the west; the Atlantic Ocean to the southeast; and the Canadian provinces of New Brunswick and Quebec to the northeast and northwest, respectively. Maine is the 12th-smallest by area, the 9th-least populous, and the 13th-least densely populated of the 50 U.S. states.

Visit the Matagorda County Museum and discover how a French ship almost changed the course of Texas history!

There are many different cultures and histories in Texas. In every landscape, whether it's west Texas' rolling hills and rough terrain, the beautiful plains, or the coast, there is beauty, and that beauty is seen in the wide variety of movies set in Texas. Despite its popular image as the land of cowboys and oil rigs, these Texas movies will inspire your imagination and possibly a road trip across the state.

2021 is a year like no other. The coronavirus has drastically affected all our lives. We all know someone that got infected and almost everyone also knows someone that passed away due to covid. In addition to that hundreds of thousands of people lost their jobs, restaurants had to close and everyone was talking about lockdowns. This is leading to a lot of fear and many people ended up feeling insecure.

Whether a script specifically involves Washington or a need for panoramic shots of evergreens, Washington is a popular location for famous movies and films. There are internationally known landmarks, astonishing views, and endless amounts of rain (which can be helpful for some stories).

No one wants to be the victim of a crime especially when someone breaks into your home. One woman in North Carolina is still trying to wrap her head around having her hearing aids stolen during the night. What the Tech: How ransomware works. Updated: 2 hours ago. All it...

The surge continues for television and movies being filmed around Montana. Yellowstone has been the talk of the town for the last year - and even last week they were posting on Facebook about looking for extras for some scenes that are filming this month. We've had stories recently about Alec Baldwin spending some time in Billings as he worked on a new movie, and a Robert Duvall movie filming in the state. We've even had a new production studio recently open in Missoula - and it looks pretty cool!

Movie Filming In Connecticut Is Now Looking For Extras

If you've always wanted to be a part of a major movie and get an inside look at how it's done, this may be your opportunity. Seems like the Stamford and New Canaan area has become Hollywood East recently, as a number of movies have been filming there. The latest is a film called The Noel Dairy, and if you've always dreamed about being in a movie this might be your shot.

Yuck! What is that? Creepy, crawly critters found in rural Texas state park

MOODY, Texas – It’s creepy, it’s crawly, it has eyes... what is it?. These tiny creatures, known as the larvae of fungus gnats, were recently spotted at Mother Neff State Park in Moody, Texas. And, according to Texas Parks and Wildlife officials, they’re bad news for area plants. TPW officials...

1. Crossroads Campmeeting; 2. The Women Of The Bib

Billy Steffey is determined not to eat the shot. Steffey is a former federal inmate, and a "shot" is federal prison slang for a disciplinary infraction—as in, "They gave him a shot." When you can't dodge it, a shot is, like a punch in the mouth, something you have to eat.

At least six people were shot and at least three were killed in an early morning shooting Saturday in Cleveland, police said. No other details were released, but it was one of multiple mass shootings to occur Friday and Saturday around the country. At least 14 people were injured early...

SALT LAKE CITY (KSL.com) – David Archuleta, a popular Utah musician, announced on social media Saturday that he is part of the LGBTQ community. “I’ve been open to myself and my close family for some years now that I am not sure about my own sexuality,” he posted on Twitter. “I came out in 2014 as gay to my family. But then I had similar feelings for both genders so maybe a spectrum of bisexual. Then I also have learned I don’t have too much sexual desires and urges as most people which works I guess because I have a commitment to save myself until marriage.”

Owners of the Latta Plantation in Huntersville, North Carolina faced a rude awakening this week when members of the public called out their planned Juneteenth event. Coinciding with the holiday that commemorates the end of legalized slavery in Texas on June 19, 1865, the Latta Plantation promised an event highlighting the experiences of white slaveholders and Confederate soldiers. “Come out to Historic Latta Plantation for a one-night event, Saturday, June 19, 2021,” they promised. “You will hear stories from the massa himself who is now living in the woods.” They went on to emphasize that the planned Juneteenth program would focus on “white refugees” who had been “displaced and have a story to tell as well.”

RED OAK, Texas — You can see signs of change across Red Oak, Texas. New development is popping up. Contractors are busy. In the middle of this movement, workers are making way for even more growth and opportunity. “It’s just so serene out here,” said Dewayne Bryant as he walked...

USA Today brings us the news that the in-flight magazine American Way will cease publication with its June issue. This sucks. And it was inevitable. I got my start in the magazine business at American Way, back in 1993. A load of D Magazine folks, past and present, did tours at American Way, which once operated out of the airline’s Fort Worth headquarters and was for a few decades one of the best travel magazines in the country. I wrote about all this in 2016, when it was announced that Ink, the British company that produced the magazine on a contract basis for the airline, was shuttering its Dallas office and moving whatever staff remained to Miami. Read that post if you’d like to better understand the important role American Way once played in the Dallas media scene.

EDINBURG, Texas – Rio Grande Valley Sector (RGV) Border Patrol agents apprehended 123 subjects in four failed human smuggling attempts. On Tuesday, June 8, 2021, Border Patrol agents assigned to the Falfurrias Border Patrol Checkpoint referred a Ford F-150 to secondary inspection after a service canine alerted to the vehicle. At the secondary inspection area, agents discovered six migrants concealed underneath the bed cover of the truck. Agents determined all subjects were illegally present in the United States. The driver and smuggled migrants were placed under arrest and escorted into the checkpoint for processing.