FRISCO - Ezekiel Elliott, now entering his sixth year as the featured running back for the Dallas Cowboys, has always said the right things about his pursuit of the NFL rushing titles: It's about the team, not about the individual.

But in truth, for the Cowboys and for Zeke - who twice in his career. has captured that honor, once as a rookie back in 2016 and the other two seasons later - it's about both.

And one NFL analyst predicts it's about to happen again.

“With a healthy, properly compensated Dak Prescott back in the fold, Dallas is going to dominate offensively,'' writes Adam Schein, a contributing columnist for NFL.com. "I envision the Cowboys jumping out to a lot of leads, allowing a highly-motivated Zeke to play Emmitt Smith meets Mariano Rivera by closing games with chunks of yards.”

We're not sure what Dak's four-year, $160 million contract has to do with Zeke's bid for a third rushing title. But we get the "closer'' reference to the way Emmitt was once used to hold leads in Dallas, just as pitcher Rivera once did for baseball's New York Yankees.

We also get how Elliott, coming off the poorest statistical season of his five-year professional career. is prepared for a rebound. Elliott recorded a career-low 979 rushing yards in 2020 and also tied a career-high in fumbles with six. There were public calls for more touches for backup Tony Pollard, and at one point, when Zeke was briefly benched, the standout runner went public with his acceptance and understanding of the move.

We have seen it written that Schein's is a "bold'' one, when it fact it is actually quite logical. From what we know about Elliott's offseason, he seems, as he approaches age 26, to be working toward adding a level of elusiveness to his game, which is still top-notch in terms of being a power back. Meanwhile, the fact that Prescot was lost to a season-ending ankle injury in Week 5 of the 2020 season but is now back figures to buoy Zeke and the rest of this offense, emotionally and otherwise.

Oh, and the offensive line in Dallas, decimated by injuries all last year, figures to be fully healed in 2021 and featuring Tyron Smith, Zack Martin and La'el Collins.

For Elliott to win another NFL rushing title, the Cowboys will have to get ahead and stay ahead in winning games. The two pursuits are intricately connected: If Elliott plays at a "rushing-champ'' level, Dallas can win a lot of games. If Dallas wins a lot of games, Elliott will be given ample late-game opportunities that lead to rushing-title contention.

This is far more logical than it is "bold.'' If the Dallas Cowboys engineer for themselves a resurgence, Ezekiel Elliott will likely be a driving force of it ... and will likely be a beneficiary of it. And the honors will surely follow. 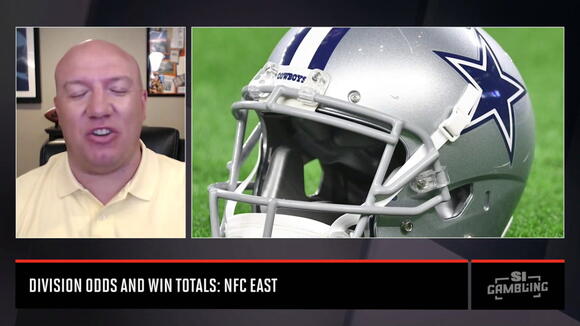 With less than three weeks before the start of training camp, the Cowboys are largely done adding players to their roster. Some analysts however believe there is one high-profile free agent remaining who makes sense for Dallas to consider brining in to potentially bolster their secondary. As the calendar turns to July, Richard Sherman is still being linked to the Cowboys.

Everson Griffen wants back with the Minnesota Vikings after a year-long hiatus. Even he knows it was a mistake to leave for the Dallas Cowboys. Griffen hasn’t been the same since leaving Minneapolis. Despite signing a one-year deal and living out a goal of his to play in Dallas, Griffen regrets burning bridges on his way out of Minnesota.

The biggest story line of the upcoming season for the Dallas Cowboys will be the return of their franchise quarterback Dak Prescott. After suffering a gruesome injury early in the season last year, the Cowboys found themselves in a hole they could never dig out of. Well, Dak is back and with that comes a lot of excitement for the 2021 season. But the return of Prescott isn't the only new thing we should see this season as the team will get back another key player who went missing a year ago - Ezekiel Elliott.

It’s safe to say that Dak Prescott is excited for the Dallas Cowboys‘ 2021 season. The superstar quarterback, who signed a four-year, $160 million extension this offseason, is making his way back from a devastating 2020 injury. Prescott missed the majority of last season with a serious leg injury, though he’s now fully recovered.

Can the Tampa Bay Buccaneers win back-to-back Super Bowls? Find out how the 2021 schedule sets up nicely for Tom Brady and Co. to make another title run.

The 2021 NFL Draft is behind us and the NFL schedule is out, meaning football fans can get excited about

During the mid-2000s, running back Marion Barber earned himself a reputation for being one of the toughest ballcarriers in the NFL. After a strong college career with the Minnesota Golden Gophers, Barber went on to have a strong, although brief, stint at the professional level. Unfortunately, Barber has had a...

Michael Irvin Not Happy With The Latest Cowboys News

Michael Irvin is as big of a Dallas Cowboys supporter as there is, but even the Hall of Fame wide receiver can’t back the team’s latest developments. According to reports, the Cowboys have yet to reach the NFL’s COVID-19 vaccine threshold. When teams reach an 85 percent vaccination rate, the COVID-19 restrictions lighten, making it easier to go about day-to-day business. However, the Cowboys have not yet reached that rate.

Look: Dak Prescott’s Girlfriend Dropped Him Off At Training Camp

This summer marks the sixth NFL training camp for Dallas Cowboys quarterback Dak Prescott, whose girlfriend sent him off in a generous fashion. Natalie Buffett, Prescott’s girlfriend, gave him a ride to Cowboys camp in Oxnard, California, taking time out to post a car selfie of the pair on Instagram before saying goodbye.

Malik is turning heads at Dallas Cowboys training camp, but it's not the guy you're thinking of

There is no mistaking who will be the receiving stars for the Dallas Cowboys this year as they are loaded with talent. The veteran Amari Cooper is one of the league's top route runners and a reliable target for quarterback Dak Prescott. Second-year receiver CeeDee Lamb is already being viewed as the league's next big breakout player. And then there is the forgotten one, Michael Gallup, who is playing on the last year of his rookie deal. This group is primed for a big season.

With Dak Prescott out, Dallas Cowboys turn to Garrett Gilbert at No. 2

OXNARD, Calif. -- As it turned out, the Dallas Cowboys' season did not end Wednesday when Dak Prescott stopped throwing passes because of a muscle strain, but it did speak to the fragility of their potential success. The Cowboys' hopes are pinned to Prescott, which is why they paid him...

Ezekiel Elliott Reacts To What He’s Seen From Cowboys Defense

Defense is the biggest mystery surrounding the Cowboys this upcoming season. Ezekiel Elliott has liked what he’s seen so far in training camp. Elliott praised the Cowboys defense several times while talking to reporters on Thursday. He mentioned the defense seems “refreshed, super confident and lots of energy,” per Jane Slater of NFL Network.

The Dallas Cowboys have announced an injury update for star quarterback Dak Prescott. Prescott left practice on Wednesday with an apparent injury. The Cowboys later announced that Prescott was dealing with a shoulder injury. Dallas has since revealed that Prescott underwent an MRI. The results of the MRI showed that...

Malik Hooker explains signing with Cowboys: 'They're getting a game-changer and an athletic ballhawk'

Padded practices are officially underway at Dallas Cowboys training camp in Oxnard, California, but their most notable recent addition isn't being thrown into the fire just yet. Malik Hooker, former first-round pick (15th overall) of the Indianapolis Colts in 2017, signed on with the team this week after the club revisited him following an initial workout in March. Hooker's first visit left the Cowboys underwhelmed at the time with his progress from a season-ending torn Achilles suffered in 2020. Five months later, Hooker is finally healthy and instantly injects a ton of competition at the safety position -- most directly to someone who's recent arc mirrors his own like a doppelganger.

Ron'Dell Carter chose the Cowboys over 24 teams, will they choose him come cutdown day?

The Dallas Cowboys thought they had something special in their 2020 UDFA class. After selecting James Madison quarterback Ben DiNucci with their seventh-round pick, the front office circled back around and acquired the Dukes player most prognosticators felt had the best chance of making it in the pros. Rutgers transfer Ron’Dell Carter earned one of the class’ largest guarantees among undrafted prospects, $145,000 including a $20,000 signing bonus.

OXNARD, Calif. — The Cowboys officially start training camp with Thursday’s practice and other than the fans and media who will watch it, HBO’s Hard Knocks series is here with cameras in hotel meeting rooms, hotel rooms, on the practice fields and basically everywhere someone is walking associated with the Cowboys.

OXNARD, Calif. – The annual State of the Cowboys Address at the start of every training camp in Oxnard, California is usually reserved for setting the stage for the upcoming NFL season. But this year’s address featured a rare moment: Cowboys owner Jerry Jones getting emotional. The subject of his...