Still waiting on your unemployment to process? Here’s why the GDOL says it’s taking so long

By WSBTV.com News Staff
Posted by
WGAU
24 days ago 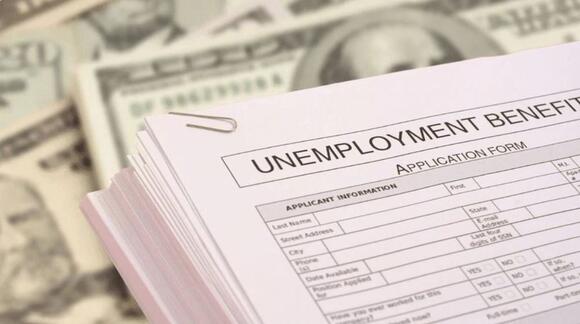 ATLANTA — The Georgia Department of Labor announced Thursday that they have processed more unemployment claims since March 21, 2020, than they have in the last 10 years combined.

The department also said that it has been hampered by tens of thousands of fraudulent claims.

“Over 60,000 individuals who have recently refiled for payments for a second year went back to work during the last year while still receiving unemployment benefits and did not report that they had returned to work,” GDOL said.

Another 85% of filers were not laid off but have quit or been fired, according to GDOL. Those claims are typically not eligible.

All of these challenges require individual attention and are slowing the processing procedures,” officials said. “Couple those investigations with the majority of recently filed claims failing to verify their identity and we are left manually sifting through a myriad of fraudulent claims searching for the small percentage that are actually valid.”

Claimants are being encouraged to register with Employ Georgia before weekly work search is mandated in late June to avoid interruptions in their payments.

State labor department has struggled to keep up since spring 2020. As the state cuts off historically generous jobless benefits this week, many of Georgia’s unemployed are still waiting for a hearing on whether they will be paid. The Georgia Department of Labor has disbursed more than $22 billion in...

Georgia officials announced Friday that the state’s unemployment rate had dropped for the 13th straight month from 4.3 percent in April to 4.1 percent for the month of May. Georgia Labor Commissioner Mark Butler, however, said more pressing matters remain. “The unemployment rate is really not the important thing. It’s...

The Social Security Administration announced that the cost-of-living adjustment (COLA), which is an increase in social security benefits to counteract inflation, increased by 1.3% for 70 million...

FRANKFORT, Ky. (WSAZ) - Overpayment waivers are now available for unemployment insurance claimants who were overpaid benefits in 2020. Those affected can apply for a waiver that may clear them from having to repay those funds. The Kentucky Office of Unemployment mailed the notice of determination letters to nearly 14,000...

The number of Americans filing new unemployment claims increased to 412,000 last week as the economy continues to recover from the coronavirus pandemic, according to the Department of Labor. The Bureau of Labor and Statistics figure released Thursday represented an increase in the number of new jobless claims compared to...

I’m 62, unemployed, living off my savings and waiting on Social Security — ‘Can I go fishing for the next 25 years and forget about work?’

Have a question about your own retirement savings? Email us at HelpMeRetire@marketwatch.com

Unemployed Californians are going to have to actively start looking for work next month if they want to keep getting benefits. The state EDD is reinstating the work search requirement on July 11th. The longtime state requirement was waived in March of 2020 at the start of the pandemic. Folks must, once again, show proof they are trying to find a job each week in order to maintain their benefit eligibility.

State lawmakers want to allow people who were overpaid unemployment benefits during the COVID-19 pandemic to keep the money, despite a $5 billion deficit in the state’s Unemployment Insurance Trust Fund. The provision was part of a bill that included reforms at the much-beleaguered Illinois Department of Employment Security. The...

OLYMPIA, Wash. – Unemployment payments are going up following a big jump in the state’s average wage. The Employment Security Department says the average annual wage rose more than 10% last year to almost $77,000. That was a record increase. Employment Security spokesman Paul Turek says it was due to...

COVID-19 unemployment benefits will be cut in half across Alabama tomorrow. The state is terminating the extra $300 a week supplied by the Federal Government. That unemployment benefit program from Washington will continue nationally until early September. Some businesses in Alabama have faced labor shortages in recent months and some critics blame jobless benefits .

State labor leaders say the new unemployment compensation system is continuing to improve. More than 390,000 people have now signed up for unemployment benefits through the new online system. The service updated to a cloud-based version or a file-by-phone system just last week. The new system replaces a decades-old program...

New stimulus payments are coming in one month. Find out how much you'll get.

BALTIMORE (WBFF/WKRC) - Millions of Americans are about to get new stimulus payments. The payments will arrive regularly on the 15th of each month, starting in July. It is the first part of the expanded Federal Child Tax Credit that was increased up to $3,600 for each eligible child. Families will get $250 to $300 per child, per month, until the end of the year.

IRS refund update: When will the next batch of unemployment tax payments arrive?

Millions of taxpayers who are expecting an additional refund check related to unemployment compensation are checking their bank accounts this week and wondering if the much-anticipated payment will finally arrive. They have good reason to wonder: After the Internal Revenue Service announced that it had sent out the first round...

Still Waiting on that Tax Refund or Stimulus Payment? Here’s What You Can Do

It is unclear how many people have had their returns held up this year, but the number is likely significant.

VERIFY: Yes, the IRS is mailing refunds to some taxpayers who claimed unemployment benefits

The Internal Revenue Service (IRS) gave Texans an extension on filing taxes because of the winter storm. That deadline is now Tuesday. With many Americans applying for unemployment for the first time in 2020, some people have wondered about the validity of an unemployment tax refund letter from the IRS.

The Labor Force Is Still Missing 1.8 Million Women. Here's Why

While the jobless rate has declined, women are having a harder time reentering the workforce. It's no secret that millions of Americans lost their jobs in the course of the coronavirus pandemic, and some have been slower than others to get back into the labor force. But women are having an especially hard time getting back in the game, and it's hurting them both professionally and financially.