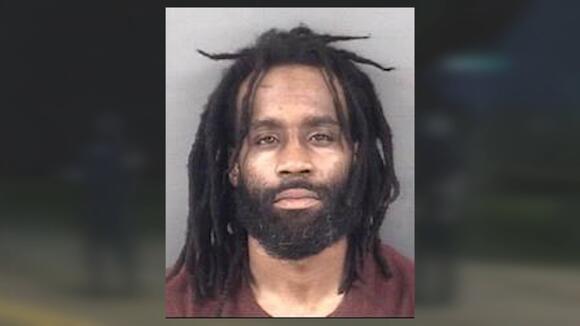 The Fayetteville Police Department charged a man in connection with the killing of 22-year-old Ashanti Bellamy and her unborn child after she was left to die in a roadway on May 17. Officers found Bellamy suffering from a gunshot wound in the roadway on the 800 block of Ridge Road along with her boyfriend, Gharen Terry. Both were taken to a hospital where Bellamy would later die and the boyfriend would be released after treatment. Raymond Earl Holmes Jr., 41, of the 6000 block of Abbots Park Drive in Fayetteville, was charged with first-degree murder, murder of an unborn child, two counts of first-degree kidnapping, robbery with a dangerous weapon, felony conspiracy, attempted first-degree murder, assault with a deadly weapon inflicting serious injury and possession of a firearm by a felon. 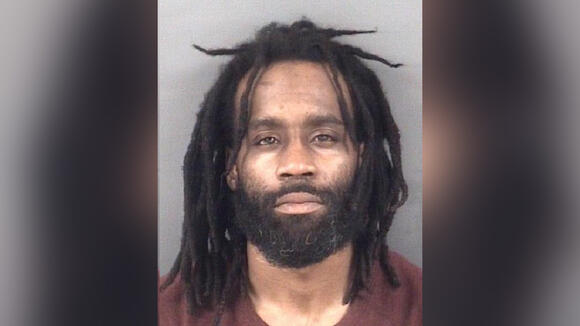 Courtesy of the Fayetteville Police Department

Police said he was arrested without incident by the Fayetteville Police Department and members of the United States Marshals Task Force. Holmes is being held at the Cumberland County Detention Center without bond. The Bellamy family spoke to Eyewitness News over the phone and say that the arrest of Holmes is bringing some closure. Teresa, Bellamy's mother, said her daughter was fun, energetic and still had the rest of her life ahead of her.

Fayetteville police are trying to find more information about a shooting that killed a pregnant woman earlier this week.

A newly obtained arrest warrant reveals Bellamy and Terry were physically attacked by Holmes and another suspect near the Ryder Court area on May 17. It goes on to say that Holmes and the other suspect forced the two into a black Mercedes with Holmes getting into a Gold Lexus to follow the other suspect to the Ridge Road area. There, the report, which is Terry's eyewitness account, states that he and Bellamy escaped from the Mercedes. That's when Terry tells police Holmes started firing his weapon in the direction of the two of them. Terry was shot but able to get away and survived his injuries. Bellamy was hit and collapsed in the roadway, dying from her injuries along with her 6-month-old unborn baby. District Attorney Billy West was at Holmes' first court appearance on Friday afternoon. "Terrible and tragic situation. Two lives lost in this situation, another person injured," West said. West says Holmes' next court appearance will be in June. Fayetteville PD is still searching for a second suspect. Anyone with information on the case is asked to contact the Fayetteville Police Department at (910) 824-9539 or CrimeStoppers at (910) 483-8477.
View All 5 Comments

The man linked to at least 22 car thefts in and around Fayetteville is now in custody.

Durham police are investigating after a man was shot and killed on Guess Road overnight.

Jarue Malik Alston has been arrested and charged in a June 8 shooting near Wadford Drive in Raleigh.

The "armed and dangerous" man that Fayetteville officers have been trying to find the last couple days apparently struck again.

Smithfield police are investigating after shots were fired into a home overnight, killing a 60-year-old man.

The SBI identified the man as 48-year-old Michael Almer Rich of Clinton.

Smithfield police are investigating after shots were fired into a home overnight, leaving one person in critical condition.

If you spot this man, do not approach him. Call 911 immediately.

A 19-year-old has been arrested in the deadly shooting of another 19-year-old outside a Raleigh grocery store Monday night.

An investigation is underway after a North Carolina police chief shot a rape suspect Tuesday afternoon, according to the Sampson County Sheriff's Office.

An EMS worker was shot at a Juneteenth event in Raleigh.

The shooting happened Tuesday at Sam's Circle Mart off Highway 701 in Newton Grove.

A man drowned in Falls Lake on Saturday, according to Wake County Sheriff's Office.

One person died in an airplane crash in Kinston on Thursday night.

One person has died after a two-car crash shut down eastbound Interstate 440 on Thursday morning.

The city of Raleigh announced on Thursday that it has hired Estella Patterson from the Charlotte police force as the new police chief to replace the retiring Cassandra Deck-Brown.