4 Movies and Short Films that were filmed in Hialeah

Posted by
Just Go
21 days ago 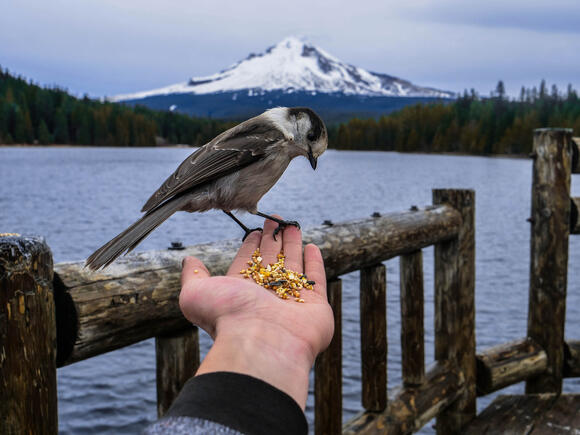 Hialeah is a city in Miami-Dade County, Florida, with a population of 233,339 at the 2019 census. It is a principal city of the Miami metropolitan area located in the west-northwest of Miami.

Hialeah has the highest percentage of Cuban and Cuban American residents of any city in the United States. Hialeah has two famous and main sites that are Florida National College and The Hialeah Park horse-racing track which became famous for its elaborate landscaping and flamingos.

Some of the movies filmed in Hialeah are mentioned below.

This movie is written and directed by Yesenia Lima. It is a story about four young adults from Miami who wonder about the future that this city holds.

This movie is specifically about these four young adults that live in Miami and hold their own perspective about this city. The lives of all four of these adults are interconnecting and the city that they live in, Miami, is all about drugs, partying, and beaches in their point of view. As time goes by they think about what else Miami is and how different people see it.

The movie “The nothing doers” is written and directed by Dennis Velazquez. It is a story about two bored and always mad and agitated young men who argue and create fuss all the time. This eventually leads to a fistfight over a host of meaningless and dull topics.

When these two men with the same negative and anger-filled personalities live together, they find a mundane reason to create a fuss about. In every topic they discuss they find reasons to create a fuss, which eventually leads to their fistfighting.

This short horror thrilling movie is written by Martin David Hill and directed by Louis Lowy. It is a dark, supernatural drama that involves a terrible and cruel husband who kills his girlfriend and asks for help from his wife in cleaning out the crime scene.

When a man kills his girlfriend, he convinces and asks for help from his wife to clean up the crime scene when he disposes of the body. The wife agrees to do it but while she is doing it, the scenes from this ghastly murder haunt her by the visions of the girlfriend. A spiritualist who lives in the same apartment building senses trouble and visits the wife. She performs a seance with the wife and also sees the murder. As the husband returns, the wife hastily removes the medium but she forgets her handbag behind. As the wife and the medium come face to face again to return the handbag, an unexpected twist causes the wife to face her own fate.

This movie is written and directed by Gabriel de Varona. This short film was a project which was used for film festival submissions. It revolves around the life of a documentary filmmaker who decides to dig up the traumatic past of her father.

This movie is about a documentary filmmaker and her boyfriend who ride out a hurricane at her Cuban parents’ house. Since due to the hurricane they are locked in for the weekend she decides to interview her emotionally reserved father about his dark and traumatic past in Cuba. Once she starts asking questions from her father, tensions rise and things become very awkward.

Throughout Hollywood's history, many cities, states, and countries have been referenced in movies. However, the vast majority of films are shot off location, far from the locations they portray. Ohio is one of those overlooked states. Of all the beautiful states in the Pacific Northwest, the Gem State stands out for its picturesque landscapes. Ohio has it all for filming locations from mountains and lava formations to white-water rapids and quaint small towns to dusty back roads and deep river gorges. Yet, despite its underrated status on the big screen, Ohio remains a favorite location for filmmakers.

These Films Starring Animals Were All The Rage In The '90s

Ask any '90s kid to name their top five favorite movies from their childhood, and you're bound to get at least one where the main character was not human - and we're not even talking cartoon movies like The Lion King, 101 Dalmations, or A Bug's Life. We're talking live action - the movies that star real, live animals, that made you wonder what life on set was like for these furry creatures and the rest of the cast and crew.

Recent Disney movies like Cruella and Maleficent have proven that audiences love to see the secret origins of some of their favorite movie villains. Even the most vile witches and puppy murderers can find a third dimension and a little sympathy, all while expanding their franchises beyond what was previously limited to just one animated film.

The nine-year-old boy stares, in awe, at the screen, sitting in a movie theater for the first time. Already aware of the potential of his creativity, and the realities of his surroundings, the boy quickly grasps the power of celluloid to take him to worlds he has never imagined, to meet people he may not otherwise encounter. No one has to tell this boy, named Samay, what a special experience a movie can create. All his parents care to explain is why he can’t spend his days and evenings in his new favorite place: the movies.

In case you didn’t know, our state has a program providing professional development and training for South Carolina-based film crews, production professionals, independent filmmakers, and students. It’s apparently the only one of its kind in the nation. And we just found out that two graduates of that program have recently had their short films accepted at the prestigious Tribeca Film Festival in New York City.

AUSTIN, Texas — You may not know it, but scenes from some of your favorite movies and TV shows were shot in Bastrop. Bastrop shares a long history with Hollywood and has served as the location for at least 28 movies and series. It comes as no surprise then that...

How to Produce a Short Film During a Pandemic

How do you safely produce a short film during a pandemic? This team can show you. This post was written by Nick Coppola. We set out to make our horror/thriller short film Marlowe in May of 2020. And like so many other projects, COVID-19 halted our filming plans almost immediately.

CHARLOTTE, N.C. — A nonprofit organization dedicated to preserving the movie experience is providing private movie screenings. VisArt Video used to be a rental store but in order to keep their doors open, it transitioned into a nonprofit organization in the beginning of 2020 before the pandemic started. The film...

‘Anchor,’ a short film first debuted at Ringling College of Art & Design in 2020, has collected 25 award nominations ahead of its public release on June 25, 2021. Written and directed by Paige Irene Bruns and produced by Parker Alexander Meyers, ‘Anchor’ tells the story of Haleigh (Sierra Green), a bright and independent college student focused more on her academics than making social connections. Her best friend Cam (Sergio Myers) is a soon to be national swimmer and highly regarded relay anchor with an eye on the Olympics. A confrontation at a post-swim meet celebration will ultimately determine if their relationship can survive conflicting priorities.

Teheran-born and Milan-based alt-pop artist NAVA releases the Bloom short film today, premiered on Flaunt. The film, an amalgamation of videos for the 5-track EP by the same name, features the A/V compositions by NAVA and collaborations with stylists and designers to create five demons—one for each track. Through the film, the NAVA frees herself from those demons—parts of herself that no one has seen before—and reflects on the deep metamorphosis of the past year.

T.I. and Tiny are expanding their real estate portfolio by snapping up a massive home in the ATL -- a move they actually made before they faced multiple sexual assault accusations. According to our sources ... T.I. purchased the 7-bed, 10-bath, 14,000-square-foot Atlanta home at the end of 2020, and...