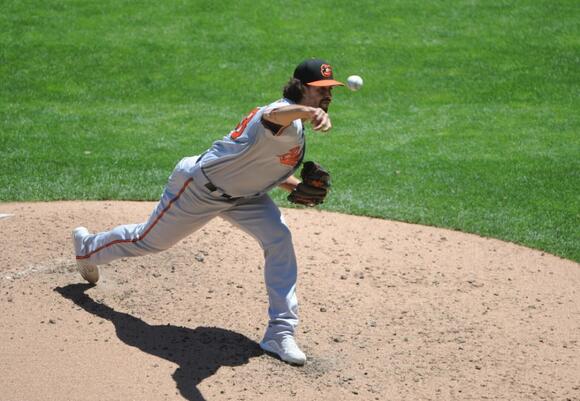 Miguel Sano belted a three-run homer and Michael Pineda tossed six strong innings as the Minnesota Twins completed a three-game sweep of the visiting Baltimore Orioles with a 3-2 victory on Wednesday afternoon in Minneapolis.

Pineda (3-2) gave up only one run on three hits with two walks and eight strikeouts as the Twins extended their winning streak to a season-high four games.

Hansel Robles recorded his third save after allowing a run in the ninth when Maikel Franco’s two-out double scored Trey Mancini, who doubled to begin the inning.

Baltimore has lost nine straight and 16 of their last 18.

Mancini gave the Orioles an early lead with a two-out solo blast in the first off Pineda. Mancini leads Baltimore with 11 homers and 42 RBIs.

Jorge Lopez (1-6) allowed just two hits and two walks through five innings before running into trouble in the sixth.

Max Kepler singled to begin the inning and moved to second on Jorge Polanco’s groundout. Nelson Cruz then walked and the runners advanced to second and third on Alex Kirilloff’s groundout to first. 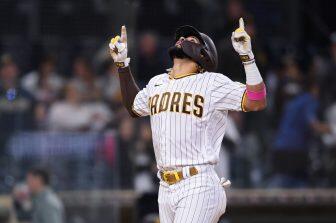 Lopez allowed three runs on four hits over a season-high six innings for the Orioles, who have lost 15 consecutive games against the Twins, dating back to March 31, 2018.

Baltimore appeared primed for a big inning in the third when Chance Sisco and Cedric Mullins each walked to begin the frame, but Pineda promptly retired the next three batters in order.

Tyler Duffey and Caleb Thielbar each pitched a scoreless inning of relief for the Twins, who have won seven of their last 10 games.

Orioles designated hitter Anthony Santander doubled in four at-bats and is 10-for-26 with five doubles, a home run and three RBIs in six games since returning from the injury list.

Baltimore, which went 1-for-8 with runners in scoring position, placed outfielder Austin Hays on the injured list with a hamstring injury prior to the contest.

VICKSBURG, Miss. (Vicksburg Daily News) – After starring in his freshman season at the University of Southern Mississippi, Brandon native Reed Trimble has officially signed to Baltimore Orioles. “One of my dreams have been fulfilled. I still got others to work to, but hearing my name called out was really...

The first baseman of the Baltimore Orioles, Trey Mancini is planning on selling non-fungible tokens (NFTs) for charity. Mancini will be launching the NFT collection on the Ureeqa platform. Mancini will be appearing at the Denver’s Coors field to participate in the Major League Baseball activities on Monday July 12.

The Chicago White Sox will try and complete a sweep of this weekend's series -- as well as the season's series-- when they meet the host Baltimore Orioles for the final time Sunday afternoon. Chicago has won the first two games of this series and are 6-0 this year against...

MINNEAPOLIS, MN (AP) — Jorge Polanco hit a game-ending three-run homer in the 10th inning, and the Minnesota Twins completed a four-game sweep of the Detroit Tigers with a wild 12-9 victory. Polanco hit a full-count pitch from Derek Holland to left field for his 12th homer of the season.

Jun 30, 2021; Omaha, Nebraska, USA; Vanderbilt Commodores pitcher Kumar Rocker (80) pitches in the fourth inning against the Mississippi St. Bulldogs at TD Ameritrade Park. Mandatory Credit: Steven Branscombe-USA TODAY Sports. Despite picking from their lowest slot in three years, the Orioles are in a much better position for...

(Minneapolis, MN) -- Minnesota second baseman Jorge Polanco clubbed a walk-off three-run homer in the bottom of the tenth inning to lift the Twins past the Detroit Tigers 12-9 at Target Field yesterday. Ben Rortvedt hit a game-tying solo shot in the bottom of the ninth after Detroit went ahead...

WHITEFISH — Stevyn Andrachick’s RBI double created a little breathing room, and he ended up with three hits as the Glacier Twins’ beat the Missoula A Mavs 9-3 to complete a doubleheader sweep Wednesday. Andrachick’s offense backed up his own pitching: He threw four innings, allowing five hits, a walk...

Baltimore Orioles Series Preview: One of us, one of us!

It’s crazy to me that it was just seven seasons ago that these two teams were the very best the American League had to offer, fighting to make the World Series. I know that’s a long time in baseball years, but it’s also not that long. And since 2018, they’ve been among the worst teams in all of baseball and while it seemed like the Royals might be graduating from the worst to the mediocre, that thought was a bit premature. The Royals have gone 20-44 since their 16-9 start. The Orioles are 17-47 in that time, though, so the Royals somehow have a leg up on them. Of course, in the Royals current 7-27 stretch, the Orioles are 10-24, so this series could really go either way. This series could definitely be referred to as a tickle fight, but evenly matched teams can provide some compelling and competitive games at least.

Florida State fourth-year pitcher Conor Grady was selected by the Baltimore Orioles in the 18th round, No. 527 overall, in the 2021 Major League Baseball Draft. The Orioles had not selected a Seminole since DJ Stewart went in the first round in 2015. The Tampa, Fla. native made 15 starts...

DETROIT (AP) -- Miguel Cabrera's bloop single scored Jonathan Schoop from first base, and the Detroit Tigers beat the Minnesota Twins 5-4 on Saturday for a doubleheader sweep. The second game was tied at 3 after seven innings, and the Twins went in front when pinch-runner Nick Gordon scored on a wild pitch by Joe Jimenez (3-1) in the eighth.

Jorge Polanco hit a three-run, go-ahead home run and Alex Kirilloff also homered as the Minnesota Twins rallied from a

DETROIT (AP) — Miguel Cabrera’s bloop single scored Jonathan Schoop from first base, and the Detroit Tigers beat the Minnesota Twins 5-4 on Saturday for a doubleheader sweep. The second game was tied at 3 after seven innings, and the Twins went in front when pinch-runner Nick Gordon scored on...

Tigers vs Twins Preview: Detroit looks to sweep the series coming out of the All-Star break

Friday’s rains brought Saturday pains for the Minnesota Twins so far this weekend, as the Detroit Tigers took the first two of a three-game series in a doubleheader sweep to kick off the second half of the season. The good guys took the first match in a 1-0 seven-inning nail-biter while needing an extra frame to outlast the boys from the Twin Cities in Game 2 for a 5-4 walk-off win.