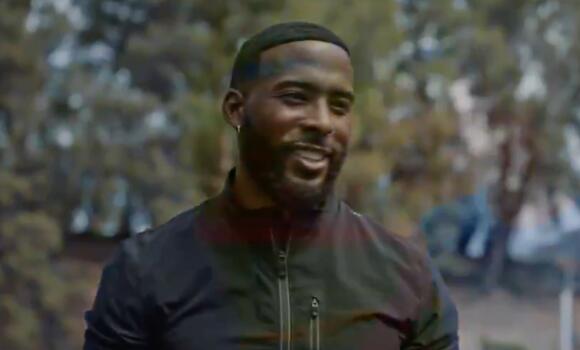 CINCINNATI — Former Bengals and Browns wide receiver Andrew Hawkins has carved out quite a career for himself over the past five years.

The 35-year-old retired after the 2016 season to pursue other interests including sports television and podcasting.

Since retirement, he's worked at ESPN, NFL Network and Uninterrupted.

Hawkins' rise continued on Tuesday night when the Oprah Winfrey Network aired a short film called "These Hands." The film features Hawkins and his son, Austin.

He delivers a powerful message that every child should hear. Watch the film below.

Make sure you bookmark AllBengals for the latest Bengals news from OTA's, minicamp and more!

QB Rankings: How Does Joe Burrow Stack Up Against the Rest of the AFC North?

The Bengals have a pair of players at the event.
CINCINNATI, OH・1 DAY AGO
AllBengals

Cincinnati is trying to keep its arsenal of coaches.
CINCINNATI, OH・1 DAY AGO
AllBengals

Palmer spent half his career in Cincinnati.
CINCINNATI, OH・22 HOURS AGO
AllBengals

Watch: Tyreek Hill Picks One Bengals Player's Life If He Had To Trade With Someone

CINCINNATI — Dolphins star wide receiver Tyreek Hill would pick Joe Burrow's life if he had to swap with anyone. Check out Hill dropping his take at the 2023 Pro Bowl. For more on the Bengals, watch the video below and subscribe to our YouTube Channel. Get Your Bengals Tickets From SI Tickets HERE. ...
CINCINNATI, OH・1 HOUR AGO
USA TODAY Sports Media Group

Los Angeles Lakers superstar LeBron James was in his feelings on Sunday night after watching his old Cleveland teammate Kyrie Irving get traded to the Dallas Mavericks. As the Irving trade set the NBA ablaze on Sunday, James found himself on the losing end of the massive transaction. The Lakers were pegged as a possible trade destination for Irving, but it was not meant to be.
LOS ANGELES, CA・12 HOURS AGO
Sports Illustrated

The Hall of Fame quarterback was not happy with the officials during the last of Sunday’s three flag football games.
13 HOURS AGO
sportszion.com

Jalen Hurts might be in for a treat! The star quarterback of the Eagles has been playing phenomenal football throughout the season and has led the Eagles to the Super Bowl. Now that he has proven his potential, he might receive a multi-year contract from Chief executive Howie Roseman says Leigh Steinberg.
PHILADELPHIA, PA・1 DAY AGO
OnlyHomers

There have been a number of sad reports coming out of the world of professional wrestling in recent weeks, with former stars passing away, both during their career and following it.
17 HOURS AGO
AllBengals

Both Bengals coordinators are in the running for head coaching jobs
CINCINNATI, OH・14 HOURS AGO
AllBengals

You love to see it
CINCINNATI, OH・14 HOURS AGO