Posted by
Steven Bonifazi
28 days ago 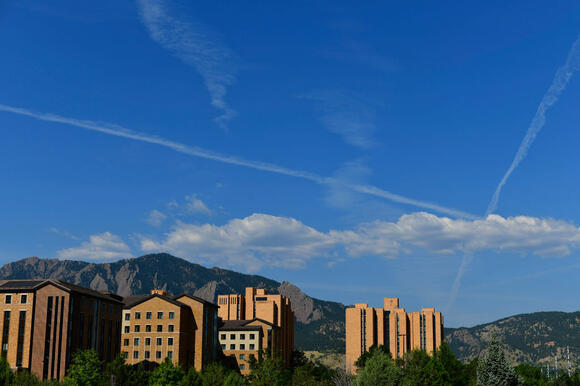 (DENVER, Colo.) Legacy admissions have been banned at colleges and universities statewide Tuesday after Gov. Jared Polis signed HB1173, making the preference system for admissions against the law.

“Just because your parent or grandparent went to one of our colleges in Colorado, that doesn’t mean that you automatically get in,” said Polis. “Because that could take the spot of somebody who is more worthy of that spot.”

The idea of the new bill was initially brought to state lawmakers by Prateek Dutta, Colorado Policy Director for Democrats for Education Reform. Additional backers of the bill included Clark Brigger, University of Colorado executive director of admissions, who claimed that legacy admissions are not a main consideration for the university, as reported by Denver7.

“If a student’s family members attended CU Boulder, they probably grew up watching CU football games, they probably have sweatshirts and things that say Colorado on them, and therefore the predictability of that student actually coming to CU is very high," said Brigger.

Furthermore, Polis signed another bill Tuesday, HB1067, which removes requirements for public universities in Colorado to examine SAT or ACT scores for incoming freshmen. According to Polis, the bill encourages a more equitable and holistic approach to admissions processes as well as access to higher education.

“While students can still submit national test scores if they choose, this bill will help students by reducing inequality in college admissions,” said University of Colorado Boulder Chancellor Philip P. DiStefano in a statement Tuesday. “Reducing barriers to the college admissions process creates more equity and helps us fulfill our responsibility as the state’s flagship public research university to educate all Colorado students regardless of financial means and backgrounds.”

(DENVER, Colo.) The Office of State Planning and Budgeting released the June economic forecast Friday to highlight that the state's economy is returning to a normal condition. “The actual economic results so far this year are well above expectations," said Governor Jared Polis. "As long as this year finishes out strong, there is some terrific news on the horizon: Not only will Coloradans get another income tax cut next year, but every Colorado taxpayer will also get a tax refund."

Coloradan becomes millionaire after being first to win vaccine lottery

Colorado to give away $50k in scholarships to five vaccinated students

(DENVER, Colo.) Colorado announced Wednesday that the state will award five vaccinated students between the ages of 12 through 17 each week with $50,000 for five weeks to further incentivize COVID-19 vaccinations amongst young people.

What to expect for entertainment, live events in Colorado this summer