3 Movies That Were Filmed in Oceanside

Posted by
Visual Freedom
27 days ago 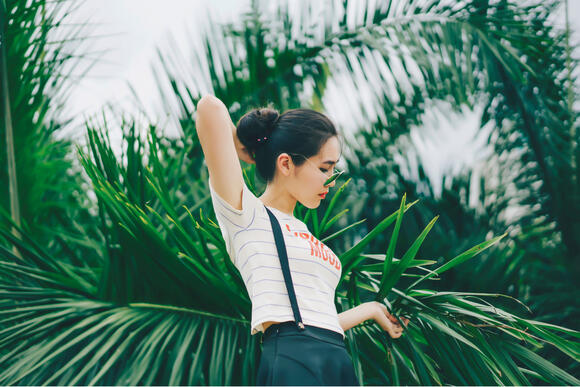 Located in the heart of Southern California is a spectacular beach town called Oceanside. Boasting bungalow neighborhoods, gorgeous beaches, mesmerizing sunsets, and a historic wood pier, Oceanside is the perfect getaway destination for your friends and family. There’s more to love in Oceanside because of its friendly, creative, and innovative residents who keep the local spirit alive.With all of its great characteristics, Oceanside is a great place for filming.

Here are some great movies that were shot in this town.

Starring Tom Cruise and Tim Robbins, Top Gun tells the story of the United States Navy’s elite students as they fight to be the best in class. Winning one Oscar for best original song and nominated for three more categories, Top Gun is surely a box office hit.  This movie is directed by Tony Scott and screenplay by Jim Cash.

The story starts when Pete Mitchell, a competitive but impulsive ace pilot who’s under the code name Maverick, is accepted into an elite fighter school known as Top Gun. There, he competes with the best students. During his stay at the Top Gun, he meets Charlie, a brilliant astrophysics instructor, and a highly competitive student who’s known as “Iceman”. Pete engages in a reckless contest against the two.

However, hunted by his father’s death and struggling with his wild nature, Pete must do everything to get the prestigious Top Gun trophy.

This 72-episode crime-drama series was also filmed in Oceanside. Veronica Mars is created by Rob Thomas and features Kristen Bell and Jason Dohring on its cast. This Hulu original series follows the story of Veronica after her best friend is murdered. She then dictates her life to solving the toughest mysteries in Neptune, the town she lives in.

Veronica was once a popular girl in high school, however, upon her best friend’s death, she was ousted from the crowd who she thought were her friends. Her misfortune extends when her father lost his job as a sheriff after letting out some accusation about the murdered girl’s family. Still dedicated to solving crime, his father opens his own private detective agency where Veronica works as his assistant.

Only left with a few friends and her sardonic wit, Veronica navigates her high school life while cracking mysterious crime cases.

James Bond has another mission to find out the diamond smuggler who kills everyone in his way. To cover his real identity while he investigates the crime, he adopts the name Peter Franks and pretends to be a diamond smuggler. He teams up with Tiffany Case who helps him set up a trap to find the real culprit. However, it’s hard to find the one he’s been looking for if everyone seems to be hungry for diamonds.

James soon finds out that the man behind the stolen diamonds is his old arch-nemesis. Will James defeat his ultimate enemy this time around?

Did you already see these movies or do you know any other movie that was shot in Oceanside? Let me know in the comments...

Attaching a Movie Star to Your Film

PLUS enjoy other great benefits like free events and preferred rates on equipment rentals, subscriptions, software and more!. This product is currently out of stock and unavailable. Attaching a Movie Star to Your Film. One of the most powerful ways to attract investors, garner distribution interest and elevate your career...

Gearbox boss Randy Pitchford has offered an update on the upcoming Borderlands movie. The movie has almost wrapped up filming, but it won’t be ready for release yet as it requires substantial amount of post-production. Pitchford said, “Home stretch on principal photography for the Borderlands movie. We shot so much...

The movie “Babylon,” directed by an Oscar-winning director Damien Chazelle, is set to film near the Santa Clarita Valley in July, with the film’s casting in search of local residents to play extras. Part of the movie is set to be filmed near Lake Piru July 21-22, according to casting...

VENICE — Sarasota writer Curtis Jordan filmed scenes for his new movie, “Playing Through,” in locations around Venice and Sarasota. “We’ve used Venice for multiple shots just because it’s a very unique little town,” Jordan said. Filming for the movie ended on Monday at the Soda Fountain and Vinnie’s Pizzeria...

Washington, officially the State of Washington, is a state in the Pacific Northwest region of the Western United States. Named for George Washington, the first U.S. president, the state was made out of the western part of the Washington Territory, which was ceded by the British Empire in 1846, in accordance with the Oregon Treaty in the settlement of the Oregon boundary dispute.

10 Movies That Are Secretly Horror Films

What does it take for a film to be considered a horror movie? True, it should be scary, suspenseful, shocking, and someone will more than likely meet an unfortunate and rather disturbing demise, though perhaps not required. The point is, to be called a horror movie, there should be some element of fear.

Lack of films causing difficulties for movie theaters to rebound

With movies like “A Quiet Place Part 2” and “Cruella” slowly trickling into theaters, Johnson told WBBM Newsradio that Classic Cinemas is currently doing about 50 percent of the business it saw in 2019.

Granger on Film: 'In the Heights' a dazzling movie musical

Jon Chu’s “In the Heights” is the most dazzling movie musical in years! Adapted from Lin-Manuel Miranda’s first Broadway show, the eye-popping cinematography and awesome choreography make it the summer’s first fun, feel-good movie. Washington Heights is a predominantly Latino neighborhood in Upper Manhattan near the George Washington Bridge. Usnavi...

When comedy movies were not a issue.

When comedy movies were not a issue. I work 50+ hours since I was young. So on my day off (today) saw this I thought to myself "like how did I miss this one". People clutching at straws because Hollywood is so unwatchable the last 10+ years. Old garbage a*s...

'Fatherhood' Takes Place in Boston, But Many Scenes Were Filmed Somewhere Else

Though Kevin Hart is known for his self-deprecating stand-up comedy routines and for his roles in light hearted films like Think Like a Man, Ride Along, and Get Hard, the actor is showcasing his dramatic chops in Fatherhood. Kevin plays Matthew Logelin in the dramedy, who is struggling to navigate...

Since Raiders of the Lost Ark was first shown in movie theaters in 1981, the name “Indiana Jones” has become a household favorite. It was followed up with two sequels in 1984 and 1989, then revived in 2008 with Indiana Jones and the Kingdom of the Crystal Skull. Now, in 2021, the fifth film is in production.

Helen Hunt has revealed that she tried to pitch a more diverse sequel to her disaster movie Twister last year, but that the concept wasn't picked up by any studios. The actress, who played meteorologist and storm-chaser Joanne Harding in the 1996 thriller movie alongside Bill Paxton and Philip Seymour Hoffman, had been planning a follow-up movie as the original film's 25th anniversary approached.

The nine-year-old boy stares, in awe, at the screen, sitting in a movie theater for the first time. Already aware of the potential of his creativity, and the realities of his surroundings, the boy quickly grasps the power of celluloid to take him to worlds he has never imagined, to meet people he may not otherwise encounter. No one has to tell this boy, named Samay, what a special experience a movie can create. All his parents care to explain is why he can’t spend his days and evenings in his new favorite place: the movies.

Live events on the horizon in Oceanside